REFLECTION/HOMILY FOR THURSDAY OF THE 13TH WEEK IN ORDINARY TIME, YEAR II

THE TRAGEDY OF REJECTING THE TRUTH OF THE GOSPEL 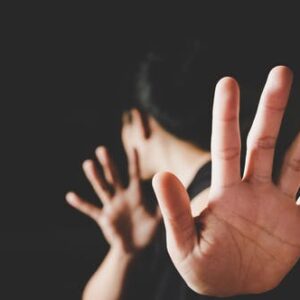 The reality of our world shows that many people are afraid of listening to the truth because it not only pricks the conscience but hurts it in order to make it whole again. In the process of hurting, the audience may not be patient to arrive at the goal (making whole), but end up persecuting the speaker as a result of pride. According to St. Augustine: “People hate the truth for what it stands for; they love the truth when it shines warmly on them, and hate it when it rebukes them.” In spite of this, the truth remains “golden”; little wonder Christ says: “I am the Way, the Truth, and the Life…” (Jn 14:6); this has a lot to explain to us why he was rejected by his people who did not like the truth. Today’s Readings demonstrates to us a people who rejected the truth with the consequent tragedy that befell them.

In the first reading, the Prophet Amos speaks the truth by announcing the terrible catastrophes that lie ahead if the people refuse to repent. His words were not pleasant to hear. It predicted the ruin of Israel, the death of King Jeroboam, the exile of the people. For this reason, he was considered a prophet of doom and a political opponent of the house of Jeroboam and, therefore, “advised” to leave. The priest at Bethel said to him, “Get out of here, seer, flee to the land of Judah and eat your bread there, prophesying. But do not continue to prophesy at Bethel, because here is the sanctuary of the king and the temple of the kingdom.” In announcing God’s punishments, the prophet Amos is considered a politically dangerous man. So he is sent into exile. Here is a microcosm of a people who rejected the prophetic message (warning); they refused to be converted, and as a result, would have to suffer its consequences: “…Your land would be parcelled out by measuring line, and you yourself die on unclean soil and Israel will go into exile far distant from its own land.”

In the course of his ministry as depicted in the gospel, Christ healed a paralytic, which consequently goes with the forgiveness of sin. But the Scribes rejected this act of Christ and shut their ears to the salvific message. By forgiving the sins of the paralytic, Jesus reflects His power on earth, ushering a new creature, a new people, new heavens and a new earth, through the breath of the Spirit responsible for the forgiveness of sins (cf. Jn. 20:22) in bringing about spiritual renewal and reconciliation with God. Thus, through the forgiveness of the sins of the paralytic, Jesus invites humanity to conversion and to the mercy of God: “The time is complete and the Kingdom of God is at hand, repent and believe in the Gospel” (Mk 1:15). Nevertheless, this message was rejected by religious authorities.

Dear friends in Christ, today’s liturgy calls us to evaluate those times we have rejected the truth enshrined in the message of salvation. Do we reject this message when it speaks against our evil way of life? Or do we only accept it when it shines warmly on us? The tragedy of rejecting the message of salvation is seen in the first reading and still remains valid; this time, an eternal consequence. We are called today “get up” from our “sinful paralysis” and embrace the message of conversion through the divine mercy conferred upon our souls.