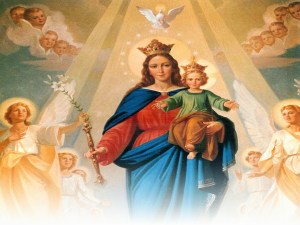 After the invocation: “Comforter of the Afflicted,” comes “Help of Christians” (Latin, Auxilium Christianorum), which is the fourth of a series of four similar invocations in the Litany of Loreto: “Health of the Sick,” “Refuge of Sinners,” “Comforter of the Afflicted,” and “Help of Christians.” Immediately comes the twelve invocations of Mary as “Queen,” bringing an end to the Litany. How could this Marian title (Help of Christians) be understood today, being the 7th day of our October Devotion (and also coincidentally, the Feast of the Holy Rosary)? What led to its advent and festive celebration? 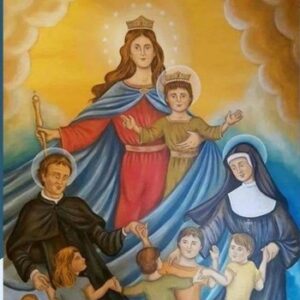 First, the early Christians in Greece and Egypt, invoked the Mother of God with the Greek name “Boeteia,” that is, “the one who brings help from heaven.” Mary is truly the one who brings us the necessary help from heaven, as recorded in the words of St. John Chrysostom (345 A.D.): “You, Mary, are the most powerful help of God.” We can see that this title of Our Lady has always been present throughout the history of the Church. The Church has always seen the Mother of the Redeemer as an effective aid at all times. 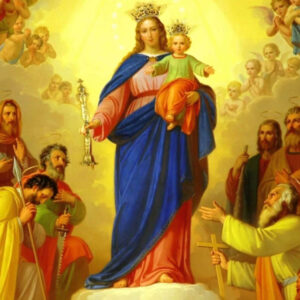 Second, the invocation “Help of Christians” was introduced in the Lauretana litany by São Pius V, as a result of a historical event in 1571, when the whole of Christendom was saved by Mary (Help of Christians) because Catholics throughout Europe prayed the Rosary. The great battle of Lepanto occurred on October 7th, 1571. For this reason, a day was chosen as the feast of the Holy Rosary (7th October) in 1573 by Pope Pius V in thanksgiving for the decisive victory of Christianity over Islamism. This victory took place on October 7, 1572, in Lepanto in Greece. On that day, Our Lady prodigiously delivered all of Christendom from the destruction of a Mohammedan army of 282 boats and 88,000 soldiers. With this great miracle coming from God through the hands of Mary, the Pope asked that the invocation of “Help of Christians” be added in the litany, so that we never forget the victory we received by the prayer of the Holy Rosary. However, it is said that “in 1809, Napoleon’s men entered the Vatican, arrested Pius VII and brought him in chains to Grenoble, and eventually Fontainbleau. His imprisonment lasted five years. The Holy Father vowed to God that, if he were restored to the Roman See, he would institute a special feast in honour of Mary. Military reverses forced Napoleon to release the Pope, and on May 24th  1814, Pius VII returned in triumph to Rome. Twelve months later, the Pope decreed that the feast of Mary Help of Christians, be kept on the 24th of May” (cf. Catholic News Agency). When John Bosco was born (August 16, 1815) during this period, he became one of the greatest devotees and propagators of the Devotion to Mary, “Help of Christians.” This became the preferred Marian title for the entire large Salesian family. In all these facts, the Church recalls the prophetic phrase in the book of Judith: “Woe to the nations that rise up against my people! On the day of judgment, the Almighty Lord will punish them ”(Jt. 16:17). 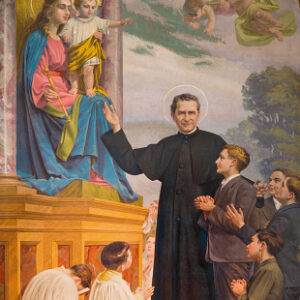 The symbolism of the image of “Mary, Help of Christians” is very beautiful. Our Lady has the Baby Jesus in one of her arms and a sceptre in the other. This means that because of the power she receives from the Child Jesus, she becomes powerful and sovereign over the entire universe; as a result, she has the power to assist us in all our necessities. 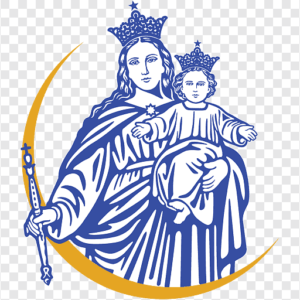 Therefore, in times of danger and crisis, we must remember that we have a mother who helps, defends and protects us. Popes and kings invoked her. Pope John Paul II himself recognized Mary’s protection in the episode in which he suffered an attack. Let us continually invoke Mary, the “Help of Christians,” and even more, today (being the feast of the Holy Rosary), so that our homes and communities might be protected from all threats against our Catholic (Christian) faith.

Almighty God, deepen in our hearts our love of Mary Help of Christians. Through her prayers and under her maternal protection, may the light of Christ shine over our world, and may it be granted harmony, justice and peace. We ask this through Christ Our Lord. Amen. 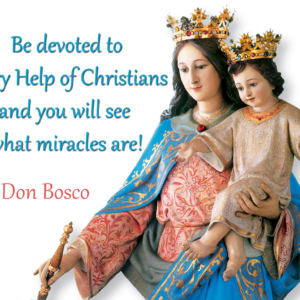 Oh “Help of Christians” (Auxilium Christianorum) pray for us that we may be made worthy of the promises of Christ. Amen.

NOVENA TO SAINT CATHERINE OF SIENA IN CRITICAL TIMES – DAY 2

NOVENA TO SAINT CATHERINE OF SIENA IN CRITICAL TIMES – DAY 1

Mary the Help of Christians, Pray for us

Amen
Thank you so much Padre

Hmmm, a litany that can be termed as a thanksgiving litany

More wisdom and insights I pray you Padre
Weldone

Never knew the history but it’s one of my favourite title of Our Lady. For I have seen firsthand the wonders she perform by the power of God.
And on today’s celebration of the Holy Rosary, I really wish Catholics can go back to devotion through the Rosary, it’s fruits have become scarce.

Thanks and God bless you Padre Cjay.