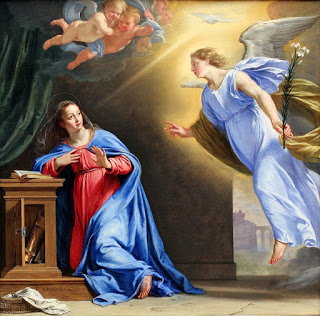 INBOX
QUESTION: “Hello bro. Chinaka. I am a Catechist, and I enjoy reading your
posts on Facebook. You once wrote about the fact that the Blessed Virgin Mary
had no children after Christ with biblical justifications sometime ago;
although I read it but I didn’t note it. I was confronted with the same
question yesterday by one of my catechumens and I postponed my response till
next week. My catechumen asked: ‘why do we still address Mary the mother of
Jesus as a virgin, even after the bible says she gave birth to other children?’
I’m waiting for a response please. Thanks”.

RESPONSE:
Thank you bro for the bringing up this question again. Although I have
addressed it earlier on Facebook, however, I will not hesitate to re-address it
again for the sake of those seeking the Truth of the Gospels, just as you have
expressed.
To
begin with, I will clearly point out that THERE
IS NO PLACE IN THE SCRIPTURES WHERE IT IS WRITTEN THAT THE BLESSED VIRGIN MARY
GAVE BIRTH TO OTHER CHILDREN; however, It is true that the Holy Book makes
reference to some persons as the brothers and sisters of Jesus in Matt. 12:46
and Mk. 3:31. In these passages, the evangelists referred to James and Joseph
(elsewhere Joset), Simon and Jude, as the brothers and sisters of Jesus, but
these “brothers” and “sisters” are NEVER for once called the children
of the Blessed Virgin Mary; ONLY Jesus himself is referred to as Son of Mary
(John 2:1; Acts 1:14).
I
will show you the mothers of these so called “brothers and sisters”
of Jesus as depicted by the Bible; and at the end of this post, you would come
to a proper understanding that Jesus is the ONLY SON of the Blessed Virgin
Mary; and also understand the way and manner the words “brothers” and
sisters are used by the Jews as depicted by the same Bible…and even in our
respective cultures.
The
basic points to note are 9 in number (across the Bible, Church’s teachings and
our cultural example).

It is so funny to hear our separated brethren and fundamentalists ringing in
our ears that the Mother of our Lord Jesus Christ had other Children also, thus
trying to debunk the perpetual virginity of the Blessed Virgin Mary. They tend
to interpret literally the words of the scripture in a myopic way. They often
quote the following passages of the gospel: Matt. 12:46, Mk 3:31. in these
passages, the evangelists referred to James and Joseph (elsewhere Joset), Simon
and Jude, as brothers of Jesus Christ (also Mtt 13:55; Mk 6:3). Since we hold
to the fact that these people are not the real brothers and sisters of Jesus,
neither are they the children of the Blessed Virgin Mary, now, who is the
mother of these James and Joseph/Joset (referred to the brothers of Jesus)?
1.  First, one has to understand that the New
testament was entirely written in Greek, hence, in Greek, there is no specific
word for “cousin, nephew, niece, etc.. but rather a generic word ” “ADELPHOS”
(ἀδελφός)
meaning “BROTHER” that could mean brother or cousin or nephew. This
word “adelphos” is used numerous times in the New Testament to describe “the
brothers of Jesus.” Specifically, in Matthew 13:55-56, four men are named as
the brothers (adelphos) of Jesus – James, Joseph, Simon, and Jude. But if you
cross reference Matthew 13:55-56 with John 19:25, it says that: “at the
cross were present the mother (the Blessed Virgin Mary) of Jesus, and her
SISTER, Mary (the wife of Clopas), and Mary of Magdala”. That is, 3 Marys
at the foot of the cross! Why is this significant? Because in Matthew 27:56, we
learn Mary the wife of Clopas is the mother of James and Joseph, the cousins,
not brothers, of Jesus. Tradition has it that St. Jude is also the cousin of
Jesus.

Put different, all I’m trying to point out is that a different Mary is
presented by the evangelists as the mother of James and Joset above. Since we
have seen the example of St. John’s Gospel, let’s consider clearer examples
from Matthew and Mark:

“At the Crucifixion scene, St. Mark records: “Some women were
watching from a distance. Among them were Mary Magdalene, Mary the mother of
James the younger and of Joseph (Joset), and Salome…” (Mk. 15:40). Note that Joset is another way of
referring to Joseph.

According to St. Matthew: “There were also many women there, looking on
from afar, who had followed Jesus from Galilee, ministering to him; among who
were Mary Magdalene, and Mary the mother of James and Joseph (the referred
brothers of Christ), and the mother of the sons of Zebedee.” (Matt. 27:56).
I believe at this point,
the Holy Spirit is gradually revealing the Truth to you…
2.
Similarly, Paul called James the Lord’s brother (Gal 1:19), but we know too
from the bible that this James is the brother of John, sons of Zebedee (Mk
1:19).
3.
Another example, Paul addresses the Corinthians:”Brothers, I myself was
unable to speak to you as people of the Spirit” (1Cor3:1). Obviously, the
whole Christian community in Corinth was not of the same father and mother with
Paul.
4.
More also, in the Old testament, Abraham called Lot his brother (Gen. 3:8), but
we know from the Bible that they were not really BLOOD BROTHERS, instead they
were uncle and nephew. “So
Abram said to Lot, “Let’s not have any quarreling between you and me, or
between your herdsmen and mine, for we are BROTHERS” (Gen 13:8, see also Gen.
14:12 and Gen. 11:27).
5.
In Nigeria, we know that people with a claim to one ancestor call themselves
brothers and sisters. A fact which cannot be denied.
6.
There is also the scripture in Luke 1:34, where the archangel Gabriel tells
Mary that she is to be the Mother of the Messiah, and Mary asks, “How can this
be, since I know not a man?” We already found out earlier in Luke 1:27 that
Mary and Joseph were betrothed to one another. So why would Mary, who knew the
facts of life (we know this because of the nature of her question) ask such a
question if she and Joseph were already betrothed? Why did she say that she
knows no man, when she is already betrothed to Joseph? This is simply because
of her vow of virginity. We learn from the bible that a vow of virginity taken
as a youth can even be enforced during marriage, if the husband doesn’t object,
This is found in Numbers 30:2-7.
7.
In John 19:26, Jesus gives his mother to the Apostle John, which would violate
Jewish customs that the next son in line would have to care for the mother.
Jesus made sure that Mary was taken care of by a non-blood brother: the apostle
John (brother of James).
8.
The Church believes that the Biblical expression of the EAST GATE in the book
of the prophet Ezekiel chapter 44 makes an allegorical reference to the
perpetual virginity of the Blessed Virgin Mary. it says:
“Then
He brought me back to the outer gate of the sanctuary which faces toward the
EAST, but it was shut. And the Lord said to me: ‘This gate shall be shut; it
shall not be opened, and no man shall enter by it, because the Lord God of
Israel has entered by it; therefore it shall be shut'” (Ezekiel 44:1-2)
CONCLUSION
Having said these, it is appropriate to consider a saying from St. Jerome, one
of the early fathers of the Church. He says: “You say that Mary did not
continue a virgin: I claim still more that Joseph himself, on account of Mary
was a virgin, so that from a virgin wedlock a virgin son was born.
{Perpetual Virginity of Blessed Mary, 21 (A.D. 383)}.
Thus the same Church today affirms:
Jesus is Mary’s only son, but her spiritual motherhood extends to all men whom
indeed he came to save: “The Son whom she brought forth is he whom God placed
as the first-born among many brethren, that is, the faithful in whose
generation and formation she cooperates with a mother’s love. (Catechism of the
Catholic Church 501).
May
the Blessed Virgin Mary, ever Virgin, continually intercede for us all… Amen!
I
believe this post answers the question?

HAPPY
GOOD SHEPHERD SUNDAY TO YOU!!!