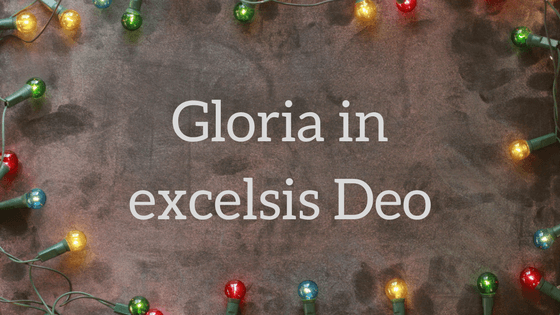 “Hey, Padre Chinaka! Please, I wanna ask why the ‘Gloria’ is not sung during Advent. I thought it was only Lenten Season that we skip it? Thanks! You can post it on the Catholic Page to educate others as well.

Hi dear friend, the aim of liturgy is to serve the need to worship God in “full, active, and conscious participation” – according to The Constitution on the Sacred Liturgy (Sacrosanctum Concilium, no.14). The omission of the Gloria in Advent and Lent serves for a better and appropriate worship of God vis-à-vis the sentiments of the season. The “GLORIA”: – “Glory to God in the highest and on earth peace to people of goodwill…” are the first words of the “Gloria” that we (sometimes) recite or sing every Sunday at Mass and Solemnities, except in Advent and Lent. What exactly does this mean to us?

In the Catholic Church, Lent is a penitential season.  This means that it is a time for us to be honest about what needs to change in our lives as well as how we need to grow closer to God.  I compare it to going to a physician and focusing on how they can help better our health, and as a result, we refrain from a few things/diets. Just as the Church refrains from the Gloria during Lent, She does the same during Advent, which is another great season of preparation for a greater mystery – the Nativity of Jesus at Christmas. This is because Advent is a penitential season of the Church, just like Lent. Even though the Church sings “Alleluia” during Advent, She gives us this penitential season to call us to the same conversion that St. John the Baptist called the Jews as they awaited the arrival of the Messiah. Because the Gloria is a prayer/song of joy, it is suppressed during Advent and is not heard until the vigil Mass of Christmas Eve. Therefore, since the Gloria is the Mother of all Carols, don’t sing the mother-of-all-carols, – the song of the angels, until the appropriate time – the Nativity (and onwards). 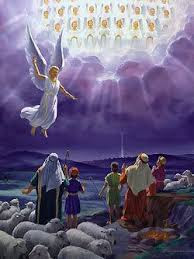 Dear friends in Christ, “Gloria in Excelsis Deo” is heaven’s response to the glorious birth of Jesus. If the angels can wait until that holy night to sing it, I suppose the rest of us can also wait too. Needless to say, when Christ was born, Luke tells us that a host of angels appeared to some shepherds to announce the glorious birth of the Saviour: “And suddenly there appeared with the angel a great multitude of the heavenly host, praising God and saying: “Glory to God In the highest, and on earth peace to men on whom His favour rests!” When the angels had left them and gone into heaven, the shepherds said to one another, ‘Let us go to Bethlehem and see this thing that has happened, which the Lord has made known to us.’” (Lk. 2:13-15) Likewise, as we journey through this season of Advent, a period of (twofold) preparation for the coming of Christ (that is, Christ who came as man 2000 years ago, and Christ who will come again in Glory at the Last Day), we remain in penitential mood and prepare our hearts to receive Him in the spirit of repentance. Hence, the “Gloria” begins to make sense from the vigil of Christmas (which was the night the host of angels first sang it), and not in this season of Advent (when we prepare to welcome Jesus). However, when there is a Solemnity at Advent (for example, the Immaculate Conception), the Gloria can be said/chanted; as rightly stated in the GIRM #53: “It is sung or said on Sundays outside the Seasons of Advent and Lent, on solemnities and feasts, and at special celebrations of a more solemn character.” In this regard, we will be rendering a full, appropriate, active and conscious worship to God in the light of the Season of the Church – Advent; thus, serving the goal of the Sacred Liturgy.

hi dear Fr. Chinaka,
i want to ask you, if you could guide me what to do and what not do liturgically during Holy Mass.
thank you
God bless you

Greetings, Fr. Asher Liaqat!
Yes, I can… Kindly contact me via my email on nozickcjoe@gmail.com
Shalom!

Is Gloria said/sung during the Holy Mass for wedding on Advent Season?

Is Gloria allowed to be sung/recited at Mass for a Wedding during Advent?

No! Those who wed during this period of Advent are reminded of the sentiment of the season before receiving the sacrament