WHERE AND HOW DID CAIN GET HIS WIFE IN GENESIS? 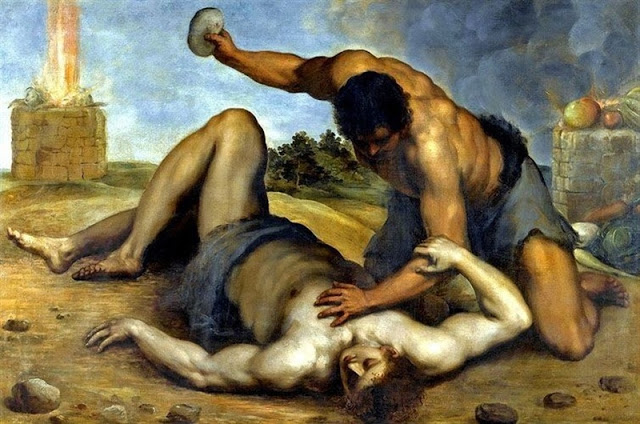 WHERE AND HOW DID CAIN GET HIS WIFE IN GENESIS?

Someone posted on my timeline yesterday, and her question goes thus:

“Good day! Please I need clarification on something about the bible. God created Adam and Eve, and then they gave birth to Cane who killed his brother Abel, and went to the land of wandering then found a wife. Now my question is HOW??? I mean what family does the wife belong to?”

Many Christians tend to cast their scepticism on the fact that Cain married a woman after killing his brother Abel; bearing in mind that Adam & Eve (their parents) were the first man and woman on earth. Far from that, many atheists tend to use this particular verse to dismiss the Genesis account of the origin of humans, rendering the biblical story null and void. While it is true the Bible is not specific on this matter, there is no difficulty in suggesting a reasonable solution that does no violence to Scriptural interpretation.

Let us stumble across the bible passage in reference to what we are discussing:

Genesis 4:16-17: “So Cain went out from the LORD’s presence and lived in the land of Nod, east of Eden. Cain had intercourse with his wife, and she became pregnant and gave birth to Enoch. Cain was then building a city, and he named it after his son Enoch.”

So the obvious question, where in the world did Cain’s Wife come from?

The most plausible solution is to propose that Cain married a near relative—perhaps his sister. This may sound awkward; however, it is the most realistic option. We are told in specific terms that Adam and Eve had three sons—Cain, Abel, and sometime later, Seth. However, Genesis 5:4 makes us to realize that that Adam was the father of “other sons and daughters”. Eve had borne Cain and Abel soon after leaving Eden (Genesis 4:1-2), but she could have had other children between their birth and Abel’s death, and between that murder and the birth of Seth. In any case, one female offspring could later have become Cain’s wife.

Some commentators have opined that Cain could have married someone else not of Adam and Eve’s family—viz., a woman of other people whom God had created. In light of Scripture, this is not a possibility. The Bible makes it plain in Genesis 3:20 that Eve was the “mother of all living”. Hence, if Adam was the first man (1 Corinthians 15:45) and if Eve was the mother of all, then it is clear that there were no “other people” left for Cain to marry, apart from one of the children of Adam and Eve (his sister). Hence, the population of the Earth came directly through the lineage of Adam and Eve.

Having established the possibility of the source of Cain’s wife, I believe many people would immediately see a problem with this kind of marriage, rendering it incestuous in nature. Remember, however, that incest itself was outlawed ONLY with the coming of the Mosaic covenant (Leviticus 18). Hence, there was no need for strict laws on marriage partners in the early Patriarchal Epoch.

Some may link up harmful genetic traits with this kind of marriage (since it involves close blood – just as our biological knowledge would point out), however, it should be understood that there was no harmful genetic traits emerged at that point. It was after many generations, and especially after the Noahic Flood (Genesis 6-9), solar and cosmic radiation, chemical and viral mutagens, and DNA replication errors, that led to the multiplication of genetic disorders. With this, God protected His people by later instituting strict laws against incestuous marriages in the eighteenth chapter of Leviticus. Needless to say, more genetic disorders have erupted in the world population since the time of Moses, and thus it is even more important to avoid marrying a close relative. Christianity thus far has insured that such rules be carried out even in the face of modernity. For us Catholics, it’s even part of the “Precepts of the Church” – “NOT to marry within certain degrees of kindred”
Having established all these, I believe you have come to understand how and where Cain, the brother of Abel (son of Adam and Eve) got his wife.