WHAT DOES THE BIBLE SAY ABOUT ALCOHOLIC CONSUMPTION? 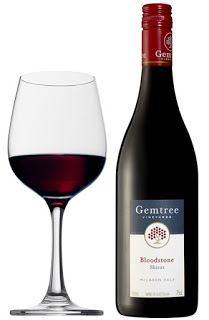 WHAT DOES THE BIBLE SAY ABOUT ALCOHOLIC CONSUMPTION?

Just 7 days ago, I wished an old time friend “happy birthday” on facebook, and quickly reminded him to

forward my cake and wine; though in a joking manner. He immediately responded: “I am a born-again Christian, please I don’t take alcohol and I would not encourage others to drink alcohol…” At that point, I felt so sorry for him because he has no knowledge on the Scriptures vis-à-vis alcohol; I also felt bad within myself for joking with him in that manner, perhaps, I should have wished him a simple “happy birthday”. Since he said he is a “born-again” Christian, he might have considered me a “pagan” or perhaps, an “atheist”. At the end, he asked me to give my life to Christ…LOL. Well, I wasn’t so surprised; “our people perish due to
lack of understanding”

At first, I wanted to ignore his reactions, but simply because my “DISCIPLINE” is basically concerned with INSTRUCTING THE IGNORANTS, COUNSELLING THE DOUBTFUL, and CORRECTING ERRORS (religious and otherwise), I immediately offered to aid him understand the Scriptures better in relation to alcoholic consumption.
Although I have written a similar article on alcoholic consumption; but simply for the fact that there exist 101 others who think like this friend of mine out there, I decided to write this post on facebook.

Now comes the question: WHAT DOES THE BIBLE REALLY SAY ABOUT ALCOHOL?
Many religious people believe that God has forbidden any use of alcoholic
beverages — that any use of alcohol is wrong and sinful. They claim that the
Bible supports this prohibition.
Wine/alcoholic
drinks are frequently mentioned in the Bible. If something sinful or beneficial
exists about these beverages, then the Bible will show it. What does the Bible
really say about wine and alcohol?
WINE IN THE OLD TESTAMENT 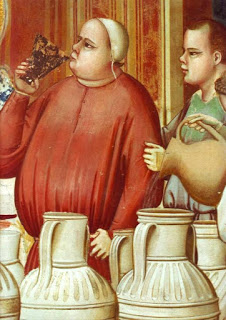 One of the first mentions of wine in Scripture is by Melchizedek, priest of the
Most High God at Salem (Jerusalem) during the time of Abram, whose name was
later changed to Abraham. Melchizedek “brought forth bread and wine” for Abram
and his companions (Genesis 14:18). Since the scriptures was born out of the Jewish context, it is better we consider the “sitz im leben” (life setting or cultural context) of the words of the scriptures in relation to the Jewish culture in order to aid better understanding. In this vein, language comes into play. From the Hebrew Bible (Old Testament), the Hebrew word for wine in Genesis
14:18 is “yayin“. This word is used over 130 times in the Hebrew Bible to mean “FERMENTED WINE”, not grape juice as some of you may think.

This same beverage (yayin or alcoholic wine), when used excessively, causes drunkenness. Genesis 9:21 says that
Noah drank too much yayin and became drunk. Lot also became drunk on this
beverage (Genesis 19:30-36), and so did Nabal (1 Samuel 25:36).
Nevertheless, God
told his people to enjoy yayin at the yearly festivals (Deuteronomy 14:26). In
addition to using wine as a beverage, God also commanded the Levitical priests
to include in the sacrifices a portion of wine (yayin) as a drink offering
(Exodus 29:40). These scriptural passages make it clear that there can be a right and a
wrong use of wine.
Naturally fermented
wine is between 10 percent and 14 percent alcohol. Higher alcoholic wines are
fortified wines. On special occasions God even allowed use of what is translated
as “strong drink.” This term comes from a different Hebrew word — “shekar” —
which is used 22 times in the Old Testament, and refers to alcoholic drinks
made from dates and other fruit.
The Bible says that
God gave wine to make men glad (Psalm 104:15). Why have some people turned this
blessing of God into a curse? The answer is that many people do not follow
God’s instructions.
A blessing of wine was prophesied as a heritage to the chosen people in Genesis
27:28: “May God give you heaven’s dew and earth’s richness — an abundance of
grain and new wine (tirosh).” The Hebrew word tirosh, meaning “new wine”.
People sometimes
conclude that this word means grape juice, or fresh-pressed juice of the vine.
However, Hosea 4:11 states: “Old wine (yayin) and new wine (tirosh) take away
their understanding.” Grape-juice do not possess this effect.. In other words, Tirosh is an intoxicating wine if used in excess.
Having journeyed through the Old Testament, let us take a look at the new Testament.
WINE IN THE NEW TESTAMENT 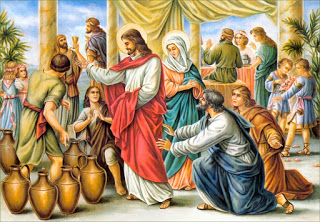 While the Old Testament was written in Hebrew, the new testament on the other hand was entirely written in Greek. Hence, we shall focus our mind on the Greek language on which the New testament was written.
John the Baptist did not drink wine (oinos in the Greek) or any other form of
alcohol because it was prophesied that he wouldn’t (Luke 1:15). However, Jesus
Christ drank oinos (wine) (Matthew 11:19; Luke 7:34). Jesus did not preach
against the use of wine; instead he drank like most other Jews of his day. He
drank wine in moderation.
In ancient times it
was normally diluted with water for drinking, and was one of the principal
beverages at that time — as it is today.

According to the Greek Bible, Jesus’ first miracle was to change water into wine (oinos) not grape juice. Some people who preach total abstinence claim that this miracle was to turn
water into grape juice. This is because, they tend to interpret the Scriptures based on their “myopic understanding”.

Can you imagine a Jewish wedding banquet where everyone drank only grape juice!
(which is very difficult to imagine) The ancients did not have refrigeration or
any other method of preventing grape juice from fermenting. On this occasion,
Christ turned six jars of 20 or 30 gallons each into wine (oinos). This was no
small miracle. This wine was of the finest quality —  “You have saved the best wine till now” (John 2:10). At wedding feasts, the hosts normally started with the
best wine, and they would bring out lesser-quality wines later.

Jesus gave a
parable involving the fermenting process of oinos (alcoholic wine) in Matthew 9:17. At that
time, instead of having metal or glass bottles to enclose wine, the skins of
animals were used. The fermentation of the wine could burst an old skin, but it
would not break a new stretchable skin.

Another proof that oinos is fermented wine is the fact that the apostle Paul
said, “Do not get drunk on wine (oinos)” (Ephesians 5:18). Paul did not mean to
avoid getting drunk on grape juice! Paul instructed Timothy, “Stop drinking
only water, and use a little wine (oinos) because of your stomach and your
frequent illnesses” (1 Timothy 5:23). He said to use only a little wine, not a
whole lot. The purpose of this wine was Timothy’s frequent stomach ailments;
small amounts of wine can help some stomach problems.

Some of the Corinthian Christians were getting drunk at the Lord’s Supper (1
Corinthians 11:21). They were using fermented wine, following the
example that Christ had set for them. Paul did not tell them that they were using
the wrong kind of wine. He simply told them to eat and drink at home, and to
participate in the Lord’s Supper in a respectful way. In Romans 14:21, Paul
says that it is good not to drink wine or eat meat if it offends a weak
brother. He is referring to fermented wine; grape juice wouldn’t offend anyone.
The implication is that there’s nothing wrong with the wine in itself, except
when it is abused.
CONCLUSION

However, Scripture does not necessarily forbid a Christian from drinking beer,
wine, or any other drink containing alcohol.
Alcohol, consumed in moderation, is neither harmful nor addictive. In
fact, some doctors advocate drinking small amounts of red wine for its health
benefits, especially for the heart. Consumption of alcohol in moderation is a matter of Christian freedom. If you’re weak, then do not consider drinking it.

Drunkenness and addiction are sinful; and this is excatly what the Bible condemns.

Above all, I am not proposing that alcohol must be consumed
by all; if you maintain that intake of alcohol is bad for you, ok! That is
simply your opinion; as pointed out, It is a matter of “Christian
Freedom”, hence, do not look with disdain on someone who consumes alcohol
in moderation or consider him/her a sinner.  Besides, not only excessive intake of alcohol
is a sin, the bible also condemns gluttony. Hence, if you consume an excessive
amount of soft drinks or other foods, it is also a sin.

So dear friends and my fellow “born-again christians”, do not be scandalized a fellow Christian, especially Chinaka requests for or consumes alcoholic drinks.
I hope this edifies…