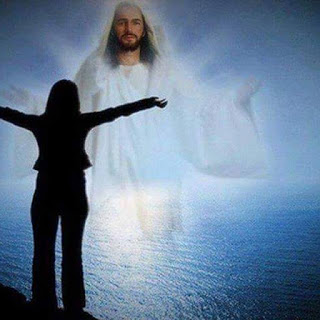 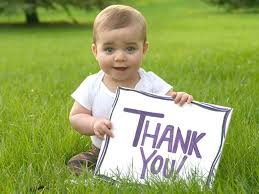 Years ago, I made a conscious decision to write down some things that I am grateful for at the end of every week. I have done this for almost 10 years, and it changed my life. I found myself being thankful for the beautiful and ugly circumstances of life—for adversity and even painful experiences. This exercise in gratitude has come to empower me to be thankful in all circumstances. It shifted my outlook about life and opened me up to a level of living that I did not even know was possible. Being grateful changes the sequencing of words and the processing of your thoughts. It seasons your words and focuses your thoughts creating new possibilities for your life. Our worldview improves when we show sincere gratitude to God and to the people around us.

In this vein, the readings of this Sunday set in motion the importance of showing gratitude to God for his goodness towards us.

To begin with, the First Reading, (2 Kings 5:14-17) shows a clear expression of gratitude by Naaman who received healing of his leprosy through the power of Yahweh. He was the army commander of the King of Aram, (in present-day Syria whose capital was Damascus). When the prophet Elisha refused to accept Naaman’s expensive gifts as a reward for the healing, the grateful Naaman asked the prophet’s permission to take two mule-loads of earth (soil) with him from Yahweh’s land of Israel, so that when he gets back to Damascus, he could place an altar for Yahweh on the soil, and so pray to Yahweh on the soil of Israel. In those days, it was a customary practice; that is, if you wanted to worship the God of Israel in another country, you had to take some of Israel’s soil with you, dump it on the ground in the other country and stand on it. That way, you would “be in Israel,” and so could worship Israel’s God. This initiative of Naaman shows his acceptance of the God of Israel, and thus offer holocausts to Him in thanksgiving for the healing. Is this not impressive? Besides, Naaman was even a pagan. This poses a great challenge to us who have the golden privilege as Christians, yet refuse to show gratitude to God for His goodness towards us.

In consonance with the foregoing, the Second Reading (2Timothy 2:8-13) shows us another example of being grateful to God in a different paradigm. It is quite pertinent to understand that 2Timothy is classified among the “Pauline Pastoral Letters” (along with 1Timothy and Titus); it was written after Paul’s death by Paul’s disciple who was familiar with Paul’s teachings and concerns. In today’s passage, the disciple, (using the name of Paul) reminds Timothy (the bishop of the Church at Ephesus) that he is grateful to God despite his present suffering and persecutions. He said that he willingly accepts his suffering –“even to the point of chains, like a criminal” – as a grateful Apostle of Jesus, “for the sake of those who are chosen, so that they too may obtain the salvation that is in Christ Jesus, together with eternal glory”. Part of the Christian life-experience includes the physical sufferings and dangers associated with spreading the Word of God. Paul reminds us that, “even if we are unfaithful, God will remain faithful;” and, hence, we must be grateful to God, even in our sufferings. This we see in Romans 1:8 (“I give thanks to my God through Jesus Christ for all of you.”)

In the same stream of gratuitous expressions, the Gospel Reading (Luke 17:11-19) comes into play and demonstrates this virtue in praxis. In the gospel reading, Luke tells us the story of the healing of the ten lepers after encountering Christ. Among the ten lepers was a Samaritan and nine Jews. At the end of the story, the Samaritan became a heroic character. A Samaritan is presented as the model of faith, charity and gratitude in the gospel according to Luke. Luke was himself a Gentile, a foreigner and so he delights in recounting stories of foreigners whom God has blessed. Put differently, among other beneficiaries of his gospel, the Samaritans are also seen as the beneficiaries of the Gospel of Luke.

It is quite important to know that Samaritans and Jews generally despised each other, but in this case, the Samaritan returns to give thanks to Jesus. The Samaritans were people who lived in what had been the Northern Kingdom of Israel. Samaria, the name of that kingdom’s capital, was located between Galilee in the north and Judea in the south. The Samaritans were a racially mixed society with Jewish and pagan ancestry. Although they worshipped Yahweh, as did the Jews, their religion was not mainstream Judaism. They accepted only the first five books of the Bible as canonical, and their temple was on Mount Gerazim instead of on Mount Zion in Jerusalem (John 4:20). The Samaritans of Jesus’ days were strict monotheists. In some respects, they were stricter than the Jews about the commands of the Mosaic Law, especially the Sabbath regulations, but they did not share the Jewish stricture against pronouncing the divine name Yahweh in their oaths. Because of their imperfect adherence to Judaism and their partly pagan ancestry, the ordinary Jews despised the Samaritans. Rather than contaminate themselves by passing through the Samaritan territory, the other Jews who were travelling from Judea to Galilee or vice versa would cross over the river Jordan, bypass Samaria by going through Transjordan, and cross over the river again as they neared their destination. The Samaritans also harboured hatred toward the Jews (see Luke 9:52-53). Put differently, as the Jews despised the Samaritans, the Samaritans equally despised the Jews. That the Samaritans were separated from and looked down upon by the Jews makes them important in the New Testament; that is why Jesus’ ways indicated that a new attitude must be taken toward the Samaritans when he spoke with a Samaritan woman, contrary to Jewish custom (John 4:9); when he passed through their towns instead of crossing the Jordan to avoid them (John 4:4-5); and when he said a time would come when worshipping in Jerusalem or on Mount Gerazim would not be important (John 4:21-24). Most importantly, when asked whom to regard as our neighbour, Jesus told the story of the Good Samaritan precisely because Samaritans were despised. From the established backdrop, portraying a Samaritan in a positive light would have come as a shock to Jesus’ audience (Jews). Today, Luke presents a Samaritan to us as the hero who expressed his gratitude to God after being healed of leprosy among other Jews. Hence, the thanks and praise of the Samaritan was a natural response to the free and undeserved mercy of God.

First, both Naaman and the Samaritan leper were foreigners who sought healing from a Jew (as we see in the first reading and the gospel). Second, both were ordered to perform a small, seemingly irrelevant action. Elisha told Naaman to bathe in the river Jordan seven times. Jesus told the ten lepers to show themselves to the priest who could certify the healing. In both stories, healing took place only after they left His presence to obey. Third, both Naaman and the Samaritan returned to praise God. Both the author of 2Kings and the Evangelist Luke wanted to make an important theological point about outsiders. The lepers came to Jesus with desperate longing, and the merciful Lord cured them; however, nine of them never came back to give thanks.

The readings (in general) demonstrate the universal love of God for all peoples, including the Samaritans (whom the Israelites hated), and the pagans, Israel’s enemies whom Naaman represented. Little wonder the Psalmist of today exclaims: “The Lord has revealed to the nations his saving power”. It went further to say: “All the ends of the earth have seen the salvation by our God. Sing joyfully to the LORD, all you lands: break into song; sing praise”. The word “nations” in biblical language is often used to describe the pagans; those who do not belong to the chosen people of God (the Israelites).

This serves a great lesson for us today. Many a time, we feel we are the chosen people of God and get so familiar with the things of God to the point that we tend to lose the “sense of the sacred” and manifest ingratitude to God; whereas, those we consider sinners or not among our sect are the ones responding to the gospel message. We ought to learn this great act of gratuitous expression; for it is when we thank God that He blesses us more (just as Christ told the Samaritan who returned to give thanks “your faith has saved you”).

Aside from being grateful to God, we can also learn to be grateful to one another. None of us exists in isolation. Our lives and existence are supported by others in seen and unseen ways, be it by parents, mentors or society at large. To be aware of these connections requires a sense of gratitude to the people around us, and thus, strive to give something back to society in a spirit of gratitude… This is the proper way for human beings to live. 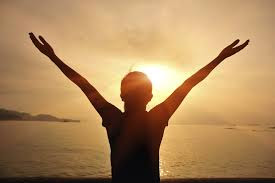 As a way of conclusion, I dare to challenge us today with this question: What am I grateful for right now in my own life?