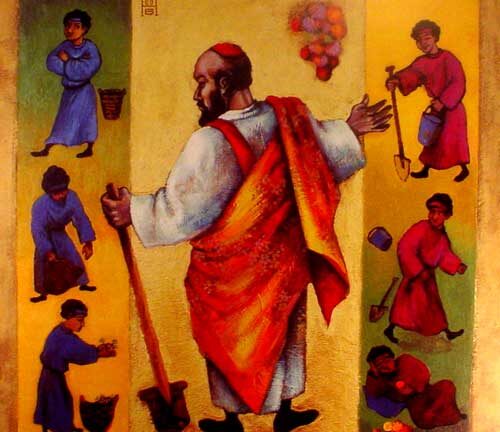 TIME TO GROW IN GOD’S WORD

I welcome you to our Sunday Bible challenge which is usually an offshoot of the Saturday of the Word of God in Our Catholic Community Forum (on WhatsApp). This is aimed at helping the Laity transcend the literal and simple biblical understanding to having a better and contextual knowledge of the Word of God proclaimed every Sunday.

1. “When the upright man renounces his integrity to commit sin and dies because of this, he dies because of the evil that he himself has committed. When the sinner renounces sin to become law-abiding and honest, he deserves to live. He has chosen to renounce all his previous sins; he shall certainly live; he shall not die.” This expression seems to portray God as being unfair by deciding to punish with death the one who has led a holy life but falls into sin, while he rewards with eternal life the one who has been living in sin but embraces repentance. But is God really unfair? What does this passage of Ezekiel (18:25-28) tend to illustrate? What was the context?

In his 18th chapter, the prophet Ezekiel refutes two ancient beliefs of the Israelites: that children inherit the guilt of their ancestors and are punished for it, and that God is more strict than merciful – being unfair. Thus, in today’s first reading, the prophet demonstrates that God doesn’t hold the sin of the past against us if we repent, and always gives us another chance. In clarifying the accusations against God’s fairness in the same chapter, God, through the prophet asks the House of Israel if their ways are “fair” when they turn from God’s love to serve false gods and their own false sense of what life is.

Often times, we tend to think that God is unfair for rewarding or punishing someone based on their final option for or against Him, without considering their lifetime indulgence in sin or holiness. The prophecy’s response is that God always gives people a chance to change and to accept the consequences of that change. The Lord further explains that it is possible for a wicked person to renounce his sins, begin respecting God’s law, and live an upright life. Such a person will not die but live, and God will not remember any of his sins against Him. Likewise, it is possible for a good man to turn away from the practice of virtue and to forfeit the favour of God and neighbour. Such a person’s past good deeds will be “forgotten from then on,” and he shall die for his sins, unless, of course, he repents and turns back to God. The Good News is that God is always ready to forgive; we need only show our willingness to accept God’s grace and forgiveness. Above all, if God is not fair this way, then, it is to our advantage, because we are all sinners always in need of repentance.

2. In today’s gospel (cf. Matthew 21:28-32), we hear Jesus’ parable of the two sons; the first seemed disobedient, but eventually does his father’s will, while the second who seemed obedient, eventually disobeys his father. What was the context of this parable and how does it relate with today’s first reading?

Today’s gospel message (Jesus’ parable of the two sons) was in the context of Jesus’ entrance into Jerusalem to embrace his passion – a death which he freely accepted. When he arrived at the Temple – the fulcrum (epicentre) of Judaism – Jesus cleanses it by driving out the merchants and moneychangers (cf. Matthew 21:12). As a result of that, that the “chief priests and elders” became concerned and intimidated about Jesus’ presence in the Temple, and they went to him, asking for his credentials: “By what authority are you doing these things, and who gave you this authority?” in replying them, Jesus tells them the parable of the two sons, serving as a master strategy for defending His honour and presenting a counterchallenge to his adversaries. The purpose of this parable was to give a wake-up call to the chief priests and elders. The parable hints that their position as leaders of the Chosen People and their observance of Mosaic Law give them no guarantee that they will possess the Kingdom of God. Rather, because of their pride and their refusal to obey God’s call to repentance, they will exclude themselves from that Kingdom – thus, they are like the “second son” who said “YES” initially but eventually did not do the Father’s will, while the tax-collectors and sinners (occupying the position of the “first son” who said “NO” initially), whom they despise and look down upon as candidates of hell, are already repenting of their sins in humility and doing the will of God – thus, they will be welcomed by Him into the Kingdom of heaven.

In a nexus with the first reading, today’s gospel message reflects our “final choice” driven by our free will in relation to our cooperation to God’s grace. It also shows God’s mercy and fairness upon us sinners who embrace repentance. 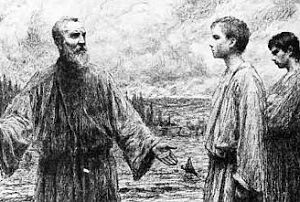 3. The Second Reading (cf. Philippians 2:1-11) reflects a beautiful Christological hymn. How could we relate the lesson of this hymn in relation to the Responsorial Psalm to today’s gospel message?

The Christological hymn of St. Paul reflects Jesus’ “YES” to His Father’s Will through humility. He humbled himself to become a slave (kenosis), obedient even unto death on the cross (cf. Romans 5:14). By so doing, Christ shows us (sinners) the way back to the Father through humility. Thus, it is only by having this mindset of Christ that we can only respond to God’s Will. Therefore, we must pray like today’s Psalmist who beautifully sings: “Lord, make me know your ways. Lord, teach me your paths. Make me walk in your truth, and teach me: for you are God, my Saviour.” For indeed, “He guides the humble in the right path, He teaches his way to the poor.”

This is what the leaders of Israel lacked – humility, which is necessary for repentance. In their pride, they presumed their superiority—that they had no need for repentance or listening to the Word of God. 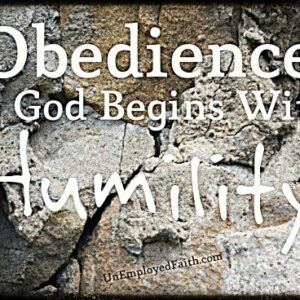