REFLECTON FOR THURSDAY OF THE FOURTH WEEK OF LENT 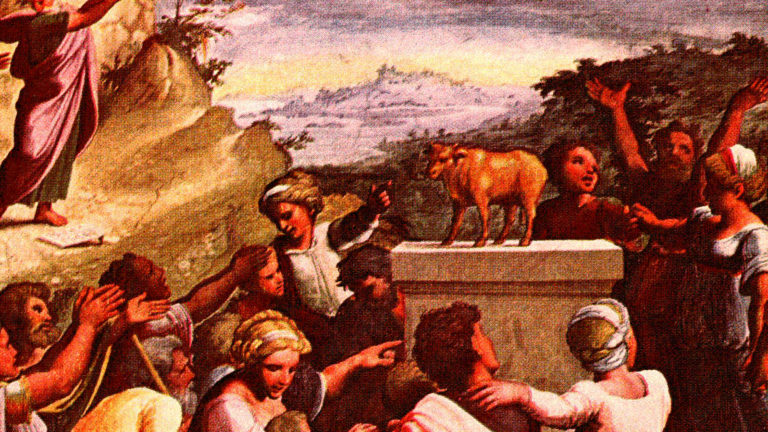 “Ignorantia juris non excusat” or “ignorantia legis neminem excusat” (the Latin phrase for “ignorance of the law excuses not” and “ignorance of law excuses no one” respectively) is a legal principle holding that a person who is unaware of a law may not escape liability for violating that law merely because one was unaware of its content. In our religious parlance, this doctrine first shows up in the Bible in Leviticus 5:17: “If someone sins and without realizing it does one of the things forbidden by Yahweh’s commandments, he will answer for it and bear the consequences of his guilt.” An alternate explanation of the origin of the maxim can be found in the philosophy of the Greeks and Romans. We find that Cicero wrote the following in “De re publica” (On the Republic): “There is a true law, right reason, agreeable to nature, known to all men, constant and eternal, which calls to duty by its precepts, deters from evil by its prohibition. This law cannot be departed from without guilt. Nor is there one law at Rome and another at Athens, one thing now and another afterwards; but the same law, unchanging and eternal, binds all races of man and all times.”

From the antecedent, we can understand God’s annoyance and anger when the people derailed from the way he set for them in the First Reading (cf. Exodus 32:7–14). While it could be said that they were “ignorant” of the Decalogue; however, God had already implanted His ways (moral principles) in their hearts in relation to their knowledge of Him as the God who worked wonders in their favour against the Egyptians, leading them out of the land of Egypt; yet they decided to worship a false god out of their impatience. At this, God said at Moses at the mountain, “Go down now, because your people whom you brought out of Egypt have apostatised. They have been quick to leave the way which I marked out for them; they have made themselves a calf of molten metal and have worshipped it and offered it sacrifice. ‘Here is your God, Israel,’ they have cried ‘who brought you up from the land of Egypt!”’ At that point, they deserved to face God’s wrath as the consequence, but Moses interceded on their behalf, pleading with God to spare their lives, and the Lord relented. Here, Moses reconciled the people back with God. This is also echoed in the Responsorial Psalm [cf. Psalm 105(106):19-23]

In Jesus Christ, we see a new Moses; apparently, one greater than Moses, who by his death and resurrection has reconciled us with God (cf. 2 Cor. 5:18, Col. 1:19-20), and presently is seated at the right hand of the Father interceding for us (cf. Rom 8:34), as the Mediator of the New Covenant (cf. Heb. 9:15). Christ came to the world through the Jews to make us realize that He was really sent by God to reconcile men to the Father through his works, but the Jews in the stubbornness of their hearts did not accept him; instead, they accused him of breaking the Sabbath Law, etc., and plotted ways to persecute and have him killed. This was the backdrop that gave rise to the discourse in today’s Gospel Reading according to John (cf. Jn. 5:31-47). Here, we see Christ admonishing them for their knowledge of the Scriptures (the Law and the Prophets) which testify about Him, and their wilful rejection Him as the One sent by God to reconcile the world to Himself. Here, we see a people who is not ignorant of the Law; however;  they knew the Scriptures, yet decided to act contrary to the dictates of the Law. For this reason, the same Moses who passed the Law of God to them would stand as their accuser.

My dear friends in Christ, as Catholics, I see us as ‘privileged Christians’ who have access to the full means of salvation through the Word and Sacraments, which no other denomination or religion possesses. To a people like us, the Psalmist writes: “He has not dealt thus with other nations, He has not taught them His decrees” (Psalm 147). Therefore, may our knowledge of the Word of God, the Sacraments, devotion to saints, and other aspects of the faith not bring us condemnation nor stand to accuse us on the Last Day. may we grow deeper in our knowledge of God through His Word, Sacraments and devotion to saints during this Lent and beyond. Instead of being accused, may the Lord remember each and every one of us out of the love He has for His people. Amen.