REFLECTION/HOMILY FOR TUESDAY OF THE 14TH WEEK IN ORDINARY TIME, YEAR II 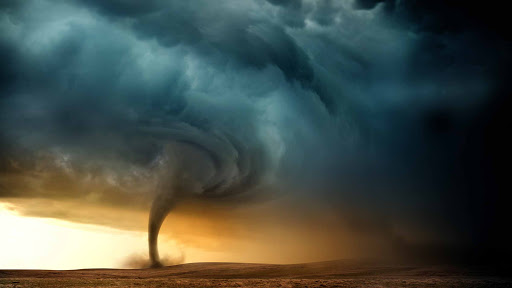 (Sowing the wind, reaping the whirlwind)

Throughout the pages of sacred Scripture, sowing is used as a metaphor for one’s actions and reaping for the results of those actions. In the letter of St. Paul to the Galatians, Paul exhorts: “Don’t delude yourself: God is not to be fooled; whatever someone sows, that is what he will reap.” (Gal. 6:7). We started our reflection on the book of the Prophet Hosea yesterday; depicting Israel as an ‘unfaithful wife’ rooted in idolatry and Yahweh, being a ‘faithful Husband (Bridegroom), calling out to Israel to have her reconciled once again to Himself. Nevertheless, today, we hear God speaking of the crimes and punishment of Israel through the Prophet. A very striking phrase reads: “They sow the wind; they will reap the whirlwind.” In other words, they shall not escape the consequences of their actions (judgement), but reap whatever they sow. This phrase forms the basis of our reflection today.

In today’s first reading, Hosea demonstrates that God disapproves of Israel’s corrupt behaviour, which cannot go unpunished. For him, God is not capricious, but a just God, and that He will repay each man in accordance with his conducts. Thus, Hosea brings out two of Israel’s sins: establishing a line of kings without God’s approval; worshipping idols. To avoid the people of Israel returning to Jerusalem on pilgrimage, King Jeroboam set up two golden calves for worship at sanctuaries in Bethel and in Dan. Here, we see ‘a people’ under the dominion of sin and satan. Put differently, a reflection of a people who have outrightly rejected the Lord their God and would consequently suffer the results. Hosea concludes that God will punish Israel for their idolatry and send them into exile, as we see at the end of today’s reading: “He is now going to remember their iniquity and punish their sins; they will have to go back to Egypt.” This perfectly depicts today’s lesson: “Sowing the wind (idolatrous inclination), reaping the whirlwind (going into exile).”

Similarly, in today’s gospel, we see “a people” who willfully rejected the work of God in the person of Christ. Here, Jesus cures a man possessed by a demon who prevented the man from speaking. In this episode, we see how the dominion of Satan is one of slavery and imprisonment; while the dominion of Christ is one of freedom. The reaction of the crowds is that of wonder before God’s power; but the reaction of the Pharisees, on the other hand, is one of contempt and disdain. The Pharisees attributed Jesus’ miracle as a display of demonic power. Instead of marvelling, they tried misleading the people, claiming that the miracle was made possible through the ‘prince of demons.’ Jesus will later show them the falsity of their claims in chapter 12:28;31-32 “But if it is through the Spirit of God that I drive out devils, then be sure that the kingdom of God has overtaken you. And so, I tell you, every human sin and blasphemy will be forgiven, but the blasphemy against the Spirit will not be forgiven. And anyone who says a word against the Son of man will be forgiven; but no one who speaks against the Holy Spirit will be forgiven either in this world or in the next.” Again, we see in the Pharisees, a people who sowed the wind (rejection of God) and was faced with the consequences of reaping the whirlwind (judgement).

Dear friends in Christ, what have you sown in your life? What are you sowing right now? Is your life characterized by idolatry? That is, placing wealth, money, persons, power, position, satanic worship, etc., above the place of God? Today’s Psalm ridicules the worship of idols of silver and gold: they are merely human creations that cannot speak, see, hear, smell, feel, or walk. Our God is a living God, who gives his people divine life. Those who make and worship idols, however, become like the dead idols they worship – consequence of sowing idolatry and reaping exile. Above all, we are called to contemplate on the lessons of these biblical personalities and peoples in order to learn from their mistakes and avoid the same calamities that befell them. May the good Lord continually grant us His grace to always “sow integrity and reap a harvest of kindness”; sow love and reap the eternal rewards in His Kingdom. Amen.