REFLECTION/HOMILY FOR TUESDAY OF THE 12TH WEEK IN ORDINARY TIME, YEAR II 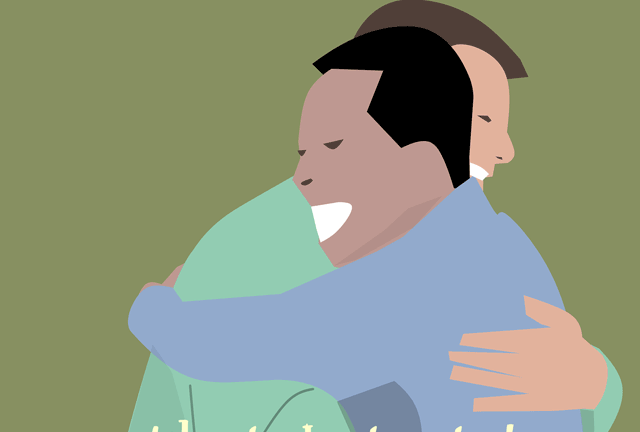 WHERE DO WE PLACE THE ‘GOLDEN RULE’ IN OUR RELATIONSHIP WITH THE OTHER?

The Golden Rule, known also as the Ethic of Reciprocity (quid pro quo) has been regarded as the most concise and general principle of ethics. It is found in most cultures, religions, ethical systems, philosophies, and even in the mathematical sciences (e.g. the golden mean). And since it spreads through many traditions and philosophies, the Golden Rule possesses a colossal moral authority, emphasizing the values of mutuality, interdependence and reciprocity. It is pertinent to understand that the versions of the “Golden Rule” in the ethical teachings of many philosophers and religions almost always take a negative form: ‘Do not do to others what you do not want them to do to you.’ Nevertheless, Jesus moves in a bold direction by teaching us, not just to avoid doing that which we hate ourselves, but to do actively for others that which we would prefer for ourselves. Such a simple command sums up the Old Testament moral law – “Do unto others as you would like them do to you.” This becomes for us, the lesson of the day, as reflected in the readings.

I’m not oblivious that the ‘golden rule’ has come under heavy criticisms since the modern times; nevertheless, understanding the context at which it was expressed by Christ would serve a better background in recognizing its intrinsic value and worth in our dealings with the other, today. Put differently, in applying the golden rule, we must first endeavour to understand it in the context where it is found (cf. Matthew 7:12). Let us recall that in Matthew 7:1-3, Jesus expresses, “Do not judge, and you will not be judged; because the judgements you give are the judgements you will get, and the amount you measure out is the amount you will be given. Why do you observe the splinter in your brother’s eye and never notice the plank in your own?” The metaphorical meaning here is that people have a tendency to criticize minute details of others’ lives (sawdust) while they themselves have serious flaws that they need to address (the planks, or large boards). As a result of this, Christ goes on to instruct his followers, “So always treat others as you would like them to treat you; that is the meaning of the Law and the Prophets.” He is simply saying: Do you want compassion? Give compassion. Do you want mercy? Show mercy. Do you want to be treated with respect? Show respect. The statement requires that people step outside themselves and consider the interest of the other.

The contrast to the golden rule is what we find in today’s first reading. Here, we learned how king Sennacherib of Assyria threatened to deal with the southern kingdom of Israel (Judah) after having dealt with the northern kingdom, and even boasting that Yahweh could not protect the Jews. King Hezekiah only had an option, and that was to commit the entire kingdom to God in prayers. In the end, God heard his prayer and Judah was spared, while the angel of the Lord went out and struck down a hundred and eighty-five thousand of the Assyrian army and king Sennacherib had no option but to return to his capital at Niniveh. Soon after his return, we are told in the following verse that, while worshipping in the temple of his god Nisroch, Sennacherib was assassinated by two of his sons who then fled into Ararat. Another son took over the throne. A further example of what happens to those who attack God’s people, or who do not treat them the same way they would love to be treated.

Truly, no one wishes for a life of hardship or difficulty at his own detriment. No one wishes to be disrespected at work, insulted on social media, faced with false allegations, or excluded at meals. Therefore, Matthew 7:12 provides a way to interact with people in healthy and productive ways. When in doubt about how to respond to a situation or how to react to a person, simply consider how you would like to be treated—and then treat others likewise. This is what Christ meant when he instructed us at the end of today’s gospel to enter through the narrow gate – the hard road that leads to life, and only a few find it. May he continually fill us with His grace to live out each day responding to the love of God and extending this love to our brothers and sisters by treating them the way we would like to be treated. Amen