REFLECTION/HOMILY FOR THURSDAY OF THE SEVENTH WEEK OF EASTER 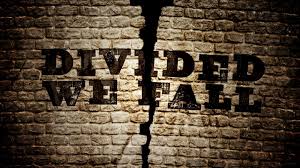 The problem of disunity in Christianity is as old as the religion itself. That Christ prayed for the unity of his followers and by extension, for all who would believe in him, cannot be denied. Among the cases of disunity in the early Church is that of Paul’s admonition to the Church in Corinth; this we see in the first four chapters of Paul’s First Epistle to the Corinthians, which appeal for unity. While in Ephesus Paul heard that various divisions had erupted in the church at Corinth; as a result, he began his letter with a lengthy address on church unity and the need to avoid schism. Paul was concerned about this development, and he sought to provide inspired counsel to remedy this unfortunate situation. Nevertheless, the problem of disunity, schism and further disintegrations continue to take place in the “Body of Christ” up to our present day. On July 16, 1054, we learned of the Great Schism. Five centuries later, on 31 October 1517, the Protestant Reformation took place in Wittenberg, Saxony, when Luther sent his Ninety-Five Theses on the Power and Efficacy of Indulgences to the Archbishop of Mainz. Following the Protestant, another sect broke out in the 1530s when King Henry VIII rejected the authority of the Roman Catholic pope in Rome and established an independent church in England; having its roots traceable to the Protestant Reformation. Ever since then, there have been further divisions among these sects and even from the Catholic Church. All of these Christian sects individually ‘present themselves to men as the true inheritors of Jesus Christ; all indeed profess to be followers of the Lord but differ in mind and go their different ways, as if Christ Himself were divided. Such division openly contradicts the will of Christ, scandalizes the world, and damages the holy cause of preaching the Gospel to every creature.’ (UR, #1) The worst of these divisions is that which exists within the Catholic Church among its members/groups.

This first sentence of “Unitatis Redintegratio,” the Decree on Ecumenism is still surprising to many Catholics: “The restoration of unity among all Christians is one of the principal concerns of the Second Vatican Council. Christ the Lord founded one Church and one Church only.” It is the Holy Spirit who brings about “the wonderful communion of the faithful…” (UR, #2) Ultimately Christian unity is God’s will and God’s work and not solely our own.

Today’s gospel presents Jesus’ prayer for unity. It can be said that our Lord already saw the future and prayed: “Holy Father, I pray not only for these but for those also who through their words will believe in me. May they all be one.” Having prayed, ‘May they all be one’, Jesus immediately prays, “May they be one in us.” Our unity flows from our relationship with Jesus and his Father. Therefore, our union with the Lord is the source of our union with each other. Far from looking at the cases of our separated brethren who broke out from us, the case with our fellow Catholics who are apparently divided from us within the one fold because of doctrinal and governance issues is worse in itself. I dare to say that disunity is the root of failure and relapse, as we already see in today’s first reading. Paul was able to overcome the Sanhedrin because they were divided in doctrinal beliefs. Likewise, the devil’s manipulation in the Church has always been through the cracks of disunity. Therefore, as a response to Christ’s prayer for unity today, we should put aside our pride and selfish motivations and submit to the Holy Spirit, the principal agent of unity, if we really want to stand as Christians.

Above all, we are called to a gentle mutual respect and trust in one another. Honesty and mutual respect call us to search the past and the present together in order to come to the truth. As we grow in our communion with the Lord and with each other, we will become more effective missionaries. As we approach the feast of Pentecost, we should pray to the Holy Spirit to keep us from disunity, because the Holy Spirit binds us to God and to each other. We cannot be filled with the Spirit when we are divided unless harmony exists among us. May the Holy Spirit continue to lead us to the complete truth capable of fostering unity and harmony among us. Amen.