REFLECTION/HOMILY FOR THURSDAY OF THE ELEVENTH WEEK IN ORDINARY TIME, YEAR II 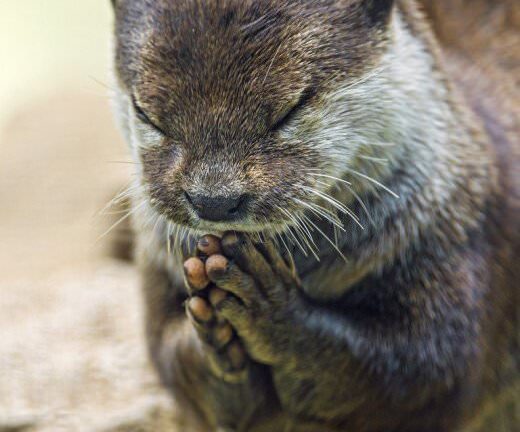 WHAT IF YOU HAVE NOT BEEN PRAYING WELL?

Many saints and mystics have attempted to define the act of praying. One of the common definitions of prayer is “the raising of one’s mind and heart to God or the requesting of good things from God” (CCC #2559). Prayer, no doubt, is fundamental and at the heart of the spiritual life, which builds and strengthens our relationship with God; as such, it has come to be seen as a dialogue between man and God. However, this dialogue between God and man through prayers could be influenced by self ambitions/passions, rather than seeking the will of God; hence, becoming poor and less effective. This is so because in James 4:2-3, we read: “You have an ambition that you cannot satisfy; so, you fight to get your way by force. It is because you do not pray that you do not receive; when you do pray and do not receive, it is because you prayed wrongly, wanting to indulge your passions.” Today, the readings present to us, the prayer of our Lord Jesus Christ as the perfect model of prayer, and in fact a way of life, foreshadowed in the prayer life of Elijah in the first reading.

To begin with, Scripture reveals that the secret of Elijah’s power was found in prayer. In other words, all the achievements attributed to him were rooted in his prayer life and relationship with God. The opening verse of today’s first reading says of Elijah: “The prophet Elijah arose like a fire, and his word burned like a torch…” That is to say, with this flame, Israel found its way back to God. The page of today’s first reading fills us with enthusiasm for a holy man who becomes a defender of God in difficult times. Elijah bravely faced King Ahab, accepted to be completely isolated in the midst of a people who turned away from God, accepted to fight all his life, because he trusted in his God, and wanted to carry out his will to reestablish his kingdom in Israel. These were because, in his ministry, Elijah prayed earnestly. His prayer life also enabled him to work wonders; he called upon the Lord to restore to life the son of a widow who had given him hospitality (cf. 1Kings 17:17-24), he cried out to God in his weariness and anguish while fleeing to the desert, for Queen Jezebel sought to kill him (cf. 1Kings 19:1-4); spectacularly, it was on Mount Carmel that he showed his full power as an intercessor when, before all Israel, he prayed the Lord to show Himself and to convert the people’s hearts. If Elijah could be seen as a praying prophet, and in fact, a model of a prophet who prays in the Old Testament, our Lord Jesus Christ who came to fulfil the law and the prophets, becomes for us the perfect model of prayer life in the New Testament.

In teaching us how to pray, Jesus began by saying: “In your prayers do not babble as the pagans do, for they think that by using many words they will make themselves heard. Do not be like them…” This admonition can be said to mirror the encounter of prophet Elijah with the pagan prophets of Baal (cf. 1 Kings 18:20-40). After babbling with so many words to their god, their prayers were not heard. In contrast, Elijah simply prayed with the intention of pointing the world back to God, and his prayers were answered. These are also the concerns that we find in the prayer that Jesus taught us. In the “Our Father,” pointing us all as children of the same Father back to God, in the words: “Our Father.” Next, Christ says, “Hallowed be thy Name;” that is, we recognize that the Father is the source of holiness and that our sins should not be obstacles to the manifestation of His holiness, and asking that God be sanctified “in us”; not “for” us. The phrases: “Thy kingdom come,” “Thy will be done on earth as it is in heaven” equally point the world towards heaven, and the necessity to always seek first God’s kingdom and His will at prayers, instead of indulging in our human ambitions/passions. Through prayers, Elijah learned to be completely dependent on God, even in difficulties, that God sent ravens to bring him food (cf. 1 Kings 17:5-6). Likewise, in the Lord’s prayer, Jesus teaches us to rely on God for our spiritual needs (the Eucharist and the Word of God), and our temporal needs. Also, in the Lord’s prayer, we ask for God’s forgiveness as we forgive those who offend us, together with God’s grace to face temptations, and above all, His protection from the evil one.

Dear friends in Christ, the Lord’s prayer is indeed a way of life. By praying it often, we unlearn the bad way of praying and learn how to pray well and effectively. Therefore, we have to pray, as much as possible, with the emotion and affection with which our Lord Jesus Christ taught us. Thus, we must avoid the pharisaic ostentation and the “polylogy” of the ‘pagans,’ who sounded like a boring “blah, blah, blah” in the ears of God, and submit ourselves to the effects of the Holy Spirit at prayers, for “the Spirit too comes to help us in our weakness, for, when we do not know how to pray properly, then the Spirit personally makes our petitions for us in groans that cannot be put into words.” (Rom. 8:26)

Teach us to pray Spirit of the living God