REFLECTION/HOMILY FOR THURSDAY OF THE 19TH WEEK IN ORDINARY TIME, YEAR II 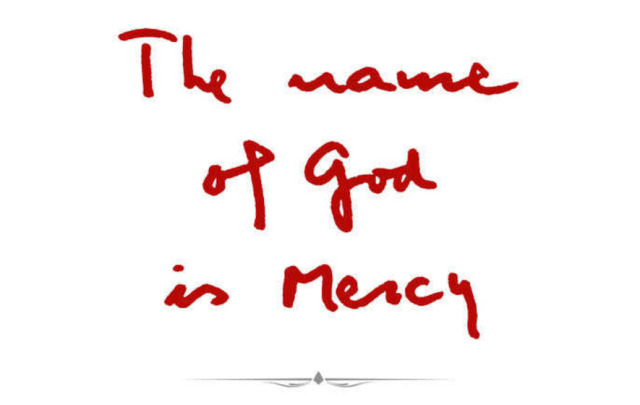 AS ‘THE NAME OF GOD IS MERCY,’ SO ALSO SHOULD BE OUR NAMES

Ever Since the Holy Father, Pope Francis published his first book titled: “The Name of God is Mercy” (through the memories from his youth and moving anecdotes from his experiences as a pastor—why ‘mercy’ is the first attribute of God, and inviting all humanity to an intimate and personal dialogue on the subject closest to his heart—mercy—which has long been the cornerstone of his faith and is now the central teaching of his papacy), the phrase became quite popular on the lips of many. However, how many Christians have endeavoured to also bear that name in praxis; a clarion call of the gospel: “Be merciful as your heavenly Father is merciful?” (Lk. 6:36). Today’s readings come to the fore to remind us of this wonderful attribute of God and how we must also reflect in our lives in relation to others.

The first reading from the prophecy of Ezekiel illustrates and foretells with a symbolic action (by the prophet) the end of Jerusalem and the deportation of the rest of the people into exile. The symbolic action was performed before their eyes, but they did not realize it, nor heed to the warning of the prophet because they are a “set of rebels.” We are told that the prophet, carrying an exiled luggage in broad daylight leaves the city, and in the darkness of the evening, his face covered to see nothing, exiled through a hole he opened in the city wall. This was an action-message for the king and for his fellow citizens because they have derailed and abused the mercy of God. Scriptural truth attests to the fulfilment of the prophecy. During the last siege of Jerusalem, King Zedekiah tried to escape at night with some combatants, but he was caught. Then, after seeing his sons put to death, his own eyes were put out, and, being loaded with chains, he was carried captive to Babylon (cf. 2 Kings 25:1–7; 2 Chronicles 36:12; Jeremiah 32:4–5; 34:2–3; 39:1–7; 52:4–11; Ezekiel 12:13), where he remained a prisoner until he died. Nevertheless, in the end, God’s mercy prevailed once again over the people. They were freed to return to their own country and rebuild their land.

In experiencing God’s mercy since the first exodus, forgiveness (springing from God’s mercy) becomes important in Judaism. On Yom Kippur (Day of atonement), they were taught that God forgives transgressions only between a person and God. Transgressions committed against other persons can be forgiven only after the guilty have sought forgiveness from those they’ve offended, which must be done sincerely and prior to Yom Kippur together with efforts to make amends or restitution; and in Jesus’ era, Rabbis used to teach that you forgive your brother three times. As such, Peter put the question to Jesus, increasing it up to seven times, since it stands for perfection. While expecting an appraisal from Christ for having spoken well; however, Jesus’ response to forgive someone up to 490 times must have been quite a shock! Jesus never wasted a word. 490 is the numerical value of the biblical Hebrew word “Tamim” which means to “complete,” “perfect,” or “finished.” A person who can’t forgive will always live an imperfect, and incomplete life that lacks a true understanding of the “finished” gracious work of the cross. 490 is also the value of the Hebrew phrase “Let your heart be perfect” (1 Kings 8:61). Forgiving helps to make us complete and is key to perfecting our heart. But there are some even deeper connections. The words “Nativity” and “Bethlehem,” the city where the Messiah was born, both individually add up to 490. This makes perfect sense since Jesus was born so that we might be forgiven. And forgiveness is associated with bread in the Lord’s Prayer, “Give us this day our daily bread, and forgive us our trespass as we forgive those who trespass against us.” We celebrate this forgiveness by partaking in the “Breaking of Bread” – Eucharist. Just like a person can’t live without their daily bread, an individual can’t survive spiritually and relationally without forgiveness.

Dear friends in Christ, the practical way we can go by the name “Mercy” is to learn to forgive and to be forgiven. Forgiveness is not an elective, it’s a requirement. We must forgive because we have been forgiven by the Lord. Biblically, extending forgiveness should not be dependent on receiving an apology, “even as Christ forgave you, so you also must do” (Col 3:13). Unforgiveness keeps us imprisoned and chained to our past but forgiveness sets us free. God’s forgiveness, given with all generosity and mercy, becomes normative for the relations among Christians. The experience of God’s forgiveness should lead us to forgive our brothers and sisters; thus, as the name of God is “Mercy,” so also should be our names.

Lord, may we be merciful as you would want us to