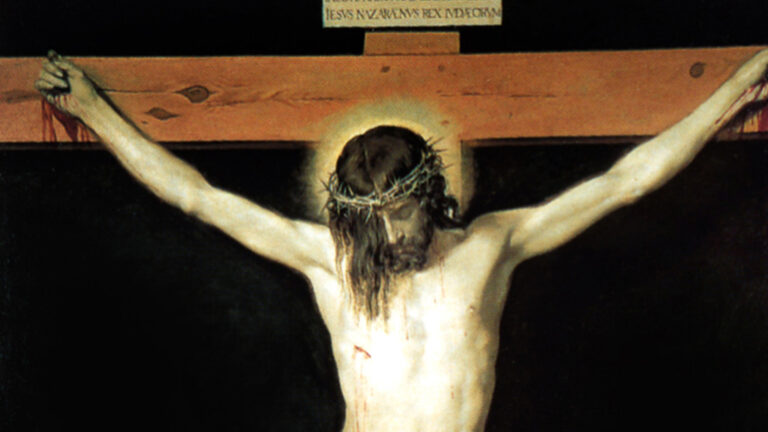 THE HOLY CROSS OF JESUS CHRIST – OUR SPIRITUAL VACCINE

A majority of us are quite aware of the importance of vaccination or immunization. Vaccination helps build the body’s immunity against a disease, preventing one from contracting and spreading the disease. Understanding how vaccines are made generally serves as a key to understanding today’s readings. Medical science reveals that vaccines are made using the disease-causing virus or bacteria; for instance, in the case of COVID-19, the virus is obtained, passed through a process in the laboratory, and consequently weakened or killed. This dead (COVID-19) virus is then injected into the body; this is usually done with a shot in the leg or arm. The body detects the invading antigen (that has been introduced) and produces antibodies to fight them. Those antibodies then stay in the body for a long time; in many cases, they stay for the rest of one’s lifetime, such that, if one is ever exposed to COVID-19 again, His body would fight it off without ever contracting the disease. In relation to the antecedent, we can talk of our spiritual vaccine and immunization received through the Cross and resurrection of our Lord Jesus Christ. As a result of sin, mankind was faced with a deadly “spiritual virus” called “death”; that is why the Bible tells us that “the wages of sin is death” (cf. Rom. 6:23). However, Christ took our sins (and death) upon Himself and killed it on the Cross of Calvary through his own death and resurrection, and by destroying our “death sentence”, we gain eternal salvation (spiritual vaccine) by believing in Him through the reception of the Sacraments. This holy instrument through which humanity was redeemed (‘vaccinated’) is what we celebrate today. 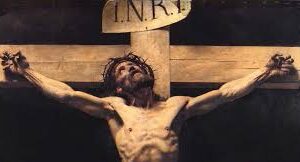 Today’s feast of the Exaltation of the Holy Cross is said to celebrate two historical events: the discovery of the True Cross of Christ by Saint Helena, the mother of Emperor Constantine, in the year 320 in Jerusalem, and the dedication of the basilica and shrine built on Calvary by Constantine (in 335), which marks the site of the Crucifixion. Nevertheless, the feast, more than anything else, is a celebration and commemoration of the greatest work of God for humankind through the death of our Lord Jesus Christ and His Resurrection, through which death was defeated and the gates of paradise opened. 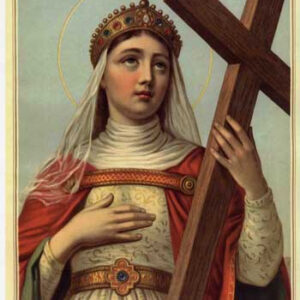 The death of our Lord Jesus Christ on the Holy Cross is reminiscent of what happened to the people of God in the First Reading (cf. Numbers 21:4-9), illustrating a kind of spiritual vaccine they received in the desert. We are told that after rebelling against God and Moses, they were bitten by fiery serpents, which led to the death of many of them. In a spirit of repentance, they cried to God, and God ordered Moses to make an image of a bronze serpent, and whoever is bitten and looks at it would be healed. Here, the lifeless serpent served as a “spiritual vaccine” for the people (just like a lifeless virus serves), such that when it was looked at, it overcame the effects of the poisonous serpents that bit them. Needless to say, the bronze serpent raised on a standard was a prefiguration of the death of Christ on the Cross which won for us our redemption. Similarly, in today’s gospel reading, Jesus recalls the same way the people of old (in the first reading) were ‘immunized’ against the poisonous serpents by looking at the bronze serpent which was lifted up on the standard: “and the Son of Man must be lifted up as Moses lifted up the serpent in the desert, so that everyone who believes may have eternal life in him.” 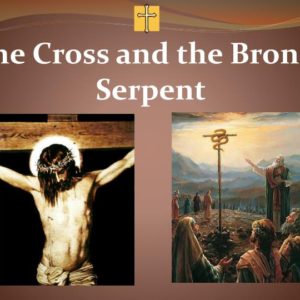 In celebrating today’s feast, we are called to remember the words of the Psalmist of the day: “Do not forget the works of the Lord!” This means that we should become ever mindful of our spiritual immunization (vaccination) brought about by the Cross of our Lord Jesus Christ as a response to the Father’s Will. Put differently, we should be aware of the love of God the Father, who did not hesitate to send us his Son, our Lord Jesus Christ: this Son who, stripped of his divine splendour, became like men, gave His life on the Cross for all peoples… (cf. Phil, 2:6-11, 1Tim 2:4). The Cross becomes the mirror in which, reflecting our image, we can rediscover the true meaning of life, the doors of hope, and the place of renewed communion with God. Again, today’s feast shows us the value of the sign of the cross. It is the sign of salvation. The Cross speaks to God in a special way, it presents everything that Our Lord suffered for us. The Cross is also a symbol of penance, reparation, sacrifice, etc. The Cross crowned the life of Our Lord, which was totally spent in humility, in detachment, in contempt for earthly pleasures, and in the atonement for our sins. Also, the cross speaks to our souls, as a sacred sign; as an eloquent banner. It has become the sign of the Christian. It indicates the character of our life. We are crossed, we are marked by struggle and sacrifice. A work is not truly Christian if it is not marked by the cross. Our actions will be holy if they have the sign of the Cross – the spirit of humility, penance, and reparation. Our initiatives will be blessed by God if they are marked by the cross and, if necessary, it will be God himself who will mark them with some trial, in order to align them with His holy Will. 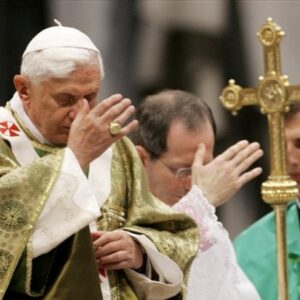 Dear friends in Christ, by today’s feast, in recalling the essence of our spiritual vaccination received through the Cross and resurrection of Christ, I will leave you with an excerpt of a ‘discourse’ by Saint Andrew of Crete as reflected in today’s Office of the readings:
“Had there been no cross, Christ could not have been crucified. Had there been no cross, life itself could not have been nailed to the tree. And if life had not been nailed to it, there would be no streams of immortality pouring from Christ’s side, blood and water for the world’s cleansing. The legal bond of our sin would not be cancelled, we should not have attained our freedom, we should not have enjoyed the fruit of the tree of life and the gates of paradise would not stand open. Had there been no cross, death would not have been trodden underfoot, nor hell despoiled. Therefore, the cross is something wonderfully great and honourable. It is great because through the cross the many noble acts of Christ found their consummation – very many indeed, for both his miracles and his sufferings were fully rewarded with victory. The cross is honourable because it is both the sign of God’s suffering and the trophy of his victory. It stands for his suffering because on it he freely suffered unto death. But it is also his trophy because it was the means by which the devil was wounded and death conquered; the barred gates of hell were smashed, and the cross became the one common salvation of the whole world.”

“We adore You, O Christ, and we praise You. Because by Your Holy Cross, You have redeemed the world.” 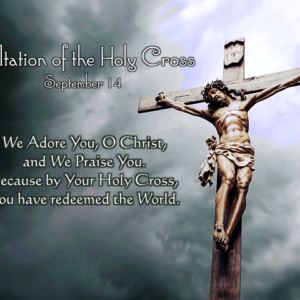 “We adore You, O Christ, and we praise You. Because by Your Holy Cross, You have redeemed the world.” Amen