REFLECTION/HOMILY FOR SATURDAY OF THE 18TH WEEK IN ORDINARY TIME, YEAR II – MEMORIAL OF ST. DOMINIC 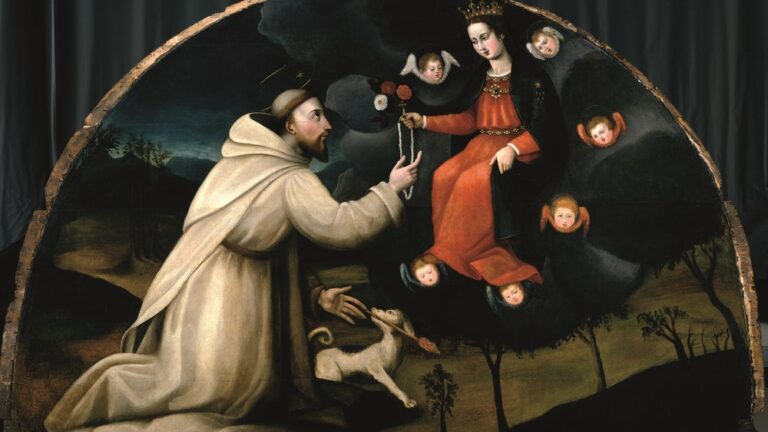 ST. DOMINIC, A MAN OF FAITH IN CHALLENGING TIMES

As Christians, we may have experienced difficult and challenging moments in relation to the faith we profess, the environment we live in, spiritual backwardness, the seeming silence of God towards our prayers, etc. Today’s liturgical readings and the saint we celebrate help us in understanding that situations of extreme necessity require an effort of reflection, prayer and profound faith in God.

Habakkuk lived in a time of distress for the Israelites who, freed from Assyria, were now dominated by the Chaldeans. The prophet looked at God and looked at his people. He began by contemplating and proclaiming the holiness of God: “Are not you, from the ancient times the Lord, my God, my Holy One, who never dies? And almost immediately, the prophet recognized that God used the Chaldeans to discipline them and establish justice (see v. 12). However, the Chaldeans in the excesses of this opportunity became tyrants, oppressors, treacherous and above all, evil. Then, the prophet looked up to God again: “Your eyes are too pure to rest on wickedness, you cannot look on tyranny. Why do you look on while men are treacherous, and stay silent while the evil man swallows a better man than he.” (v. 13). How often do we ask similar questions like this when perturbed by the injustice and violence that spread throughout the world? His patience and dialogue with God make him understand that faith is the deep root that guarantees life and stability. In the difficult situations of life, it is necessary to insist on a firm relationship with the Lord, clinging to His saving hand, resisting the storms and not to drown. Faith is a firm and secure adherence to the Lord.

In today’s gospel reading, we see another difficult and challenging context for the disciples. An epileptic was brought before the disciples but they could not cure him. The father’s insistence to obtain the cure for his epileptic son from Jesus after the failed attempt by his disciples gives Jesus the occasion for some more teachings about the need to cling unto Him with a deeper and steadfast faith. The disciples are unable to perform the miracle because thaumaturgical power is not theirs. It belongs only to the Master, who grants it to those who participate in his mission (cf. Mt. 10:1). Thus, his disciples must adhere to Him by faith, as Jesus challenges them to grow deeper in faith.

St. Dominic (the founder of the Order of Preachers) whom we celebrate today, posteriorly becomes a shining example of a ‘man of faith’ in the face of the challenge before him, who sought the Lord through His blessed Mother. We are told that he ‘battled’ the Albigensian heresy that flourished in his time through the power of the Holy Rosary. The Albigensian heresy, also known as Catharism (original name) was the most vibrant heresy in Europe around the 12th/13th centuries. It was called Albigensian because Albi was the city in southern France where it flourished. Catharism holds that the universe was a battleground between the good and evil. For them, good was spiritual and evil was matter. As such, human beings were believed to be spirits (good) trapped in physical (evil) bodies. As a result of this, they often maltreated the flesh. This belief (in the long run) had its implications on the Holy Eucharist and the Incarnation. For them, the Eucharist was not the Body of Christ, because the bread is matter and evil, for God who is Spirit and the source of all good cannot reside in material substances which is evil. This also goes a long way to refute the incarnation of the Son of God. They also did not believe in the practice of baptism by water because they believed that water, as material, was essentially a manifestation of the power of evil. They were able to gather many followers from the Catholic sect and causing more confusions all around. As a result, the Roman Catholic Church branded their group heretical and had attempted for years to root out the heresy from southern France, where it remained popular. It was in this light that St. Dominic, who was sent to that region to preach to the people and debate the Cathar leaders, formed his Order of Preachers (Dominicans) in response to the heresy. In the midst of this challenging and difficult situation, he sought the intercession of our Lady, and Our Lady told him that the solution resided in the Holy Rosary. It was by preaching the Holy Rosary and its mysteries that Dominic was able to defeat the Albigensian heresy.

Dear friends in Christ, what challenging situation are you passing through right now? Could it be said to be a test of the faith? Have you seen yourself regressing and the wicked progressing? Has there been a difficult situation that we are unable to handle? St. Dominic becomes for us today, a model of one who clings to God tenaciously in faith before the challenging situation he encountered in his time, and he was not forsaken; just as the Psalmist puts it: “You will never forsake those who seek you, O Lord”

St. Dominic, pray for us!