REFLECTION/HOMILY FOR MONDAY OF THE 23RD WEEK IN ORDINARY TIME, YEAR II 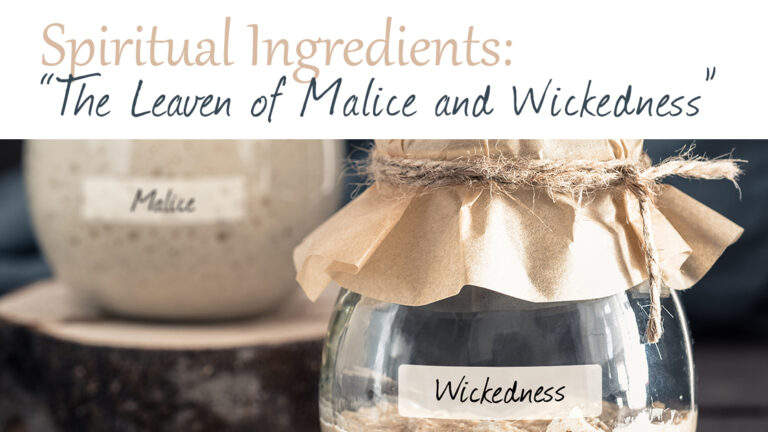 A majority of us are quite familiar with the baker’s yeast since it is commonly used as a leavening agent in baking bread and other bakery products, where it converts the fermentable sugars present in the dough into carbon dioxide and ethanol, thus resulting in the fluffy loaves which we are familiar with. One of the apparent qualities of this substance implies that you only add a little yeast (leaven) to the flour, and it grows and spreads right through the flour. Despite its importance, yeast or leaven is most times used as a symbol of sin or something negative in Scripture. As a metaphor or “shadow,” it is a very small thing that infiltrates and grows. Nevertheless, today’s readings call us to get rid of the yeast in our lives and make ourselves into a completely new batch of unleavened bread, following the examples of Christ.

In the first reading, Paul identifies the sin of incest as ‘yeast’ or infiltration that is capable of contaminating others and ruining the entire community. This was the case of a mean man living with his father’s wife, something which rarely happens even among the pagans. For Paul, such persons should be expelled immediately from the community. Here, he employs the analogy of the yeast, saying that “even a small amount of yeast is enough to leaven all the dough, so get rid of all the old yeast, and make yourselves into a completely new batch of bread, unleavened as you are meant to be.” He added that “Christ, our Passover, has been sacrificed, let us celebrate the feast, then, by getting rid of all the old yeast of evil and wickedness, having only the unleavened bread of sincerity and truth.”

Similarly, in the Gospel of Luke (12:1), Jesus warns us, “Beware of the yeast of the Pharisees,” which is their hypocrisy. As a result of their hypocrisy, they became so perverse with sin, which had leavened their minds and hearts with ignorance and immorality, such that all they do was to plot the defeat of goodness by exploiting the people. This is what we see in today’s gospel reading. We are told that on the occasion of the sabbath day, Jesus went into the synagogue and began to teach, and a man was there whose right hand was withered. The scribes and the Pharisees were watching him to see if he would cure a man on the sabbath, hoping to find something to use against him. Having exposed their hypocrisy, Jesus went ahead to heal the man (doing good on the Sabbath). In the end, Luke tells us that they were furious, and began to discuss the best way of dealing with Jesus.

Unfortunately, the yeast of the scribes and Pharisees still exists and spreads in our age – in the society and as well as in the Church, ranging from the leaders to the members. Needless to say, we live in an age leavened by sin that we fail to perceive the goodness of God. Sin, (according to the Catechism), “wounds the nature of man and injures human solidarity” (CCC #1849-1850). A little sin could grow speedily like yeast and spread abroad, and if without being checked, it becomes a societal norm. Therefore, it is high time we got rid of this ‘old yeast’ of sin in our communities, preventing it from infiltrating and becoming a societal or Church norm.  Unfortunately, some cases are already seen today. In an age where the yeast of sin had gone viral, Archbishop Fulton Sheen remarkably said: “the greatest sin of our age is not any particular sin, but it is to lose the sense of sin.” This is what the Lord detests; as today’s Psalmist says: “You are no God who loves evil; no sinner is your guest. The boastful shall not stand their ground before your face. You hate all who do evil; you destroy all who lie. The deceitful and bloodthirsty man, the Lord detests.” As we celebrate the Eucharist today, may our prayer be like that of today’s Psalmist: “Lead me in your justice, Lord.”

The greatest sin of our age is not any particular sin, but it is to lose the sense of sin.

We pray for the grace to consciously get rid of our old selves in whatever negative form they come and put on the new self of Christmas daily. Amen.

the greatest sin of our age is not any particular sin, but it is to lose the sense of sin.

May God grant us the grace to consciously get rid of our old selves in whatever negative form they come and put on the new self of our Lord Jesus Christ everyday. Amen