REFLECTION/HOMILY FOR FRIDAY OF THE 17TH WEEK IN ORDINARY TIME, YEAR II 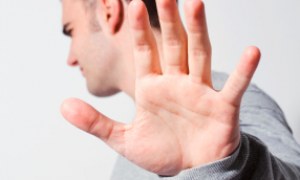 UNFORTUNATELY, “WE” STILL REJECT THE WORD OF GOD TODAY

Since preaching the Word of God is centred around the truth, oftentimes, it comes with consequences of rejection and persecution from the audience, either conspicuously or subtly. Sometimes, as a result of overfamiliarity with the audience, preaching the Word becomes extra difficult for the preacher, because the family and educational background, upbringing, etc., are well known. This was the case of Jeremiah and Jesus in today’s readings.

The first reading from the 26th chapter of Jeremiah gives us the context of the speech in chapter 7. The narrator of the events, Baruch the scribe, highlights especially the consequences of that speech made by Jeremiah at the court to the Temple. Here, Jeremiah appeals to everyone’s responsibilities when it comes to listening to the Word of the Lord. The conversion of the people or their punishment is at stake. It is not enough to attend the Temple and participate in its rites: it is necessary to listen and live the Word. Not to listen or obey the Word is to die. He goes ahead to announce that obstinacy in evil would bring serious catastrophes to Jerusalem and the country. Jeremiah’s speech strongly displeases everyone, who condemns him to death. But the prophet does not retract. Even more, he reconfirms the words, which are not his but God’s. His willingness to face martyrdom confirms the divine character of his prophetic mission. Similarly, in today’s gospel reading, Jesus announces the Kingdom of God, speaks sagaciously as no one had spoken before, performed miracles. But his countrymen could not bear to have someone, whom they knew too well, manifest such wisdom and the power to work miracles. In other words, the “official” presentation of Jesus in the synagogue of his land results in complete failure. After the initial astonishment, his countrymen wondered about the identity of Jesus. The most significant phrase of the entire periscope is: “and they would not accept Him.” In this way, the gospel introduces us to the mystery of Jesus. The “attitude” of the Nazarenes is significant for all those who try to understand Jesus, starting only from what can be known about Him: “He is from our land, the carpenter’s son, we know his family, etc.” Jesus was misunderstood, despised and criticized by his countrymen because he revealed too much wisdom and power! The same will happen with his disciples. Paul will speak of the scandal of the cross (cf. 1Cor 1:23). The fate of the prophets, of Jesus, of the disciples, is always the same: to be rejected, to be the object of mockery, contempt, persecution and, often, violent death.

Isn’t something similar happening to us today? The invitation to listen to the Word, made by the prophets has reverberated throughout the centuries and reached us already. Sadly, when a homily or preaching conscientizes us, we tend to get uncomfortable and react against it? Today, it is quite easy to criticize a homily or reflection and, above all, whoever preaches it, even if it were beautifully delivered as Jesus did. It is also sad when this rejection of God’s Word is done in a subtle manner especially during the Mass, etc. Here, when the homily is being preached, some members tend to ignore by getting distracted by their phones, while others choose to fall asleep or even leave the Church momentarily to return after the homily, as we see often in parishes today. This attitude of shutting our ears to the Word of God is not different from the Jews who rejected the prophets who spoke God’s Word and Christ Himself.

Dearest friends in Christ, today’s readings call us to look into ourselves and recall the many and various times or ways we have rejected, ignored or even reacted against the Word of God and its preacher. As the Psalmist (Psalm 95) puts it, may we listen to His voice today, harden not our hearts.