REFLECTION/HOMILY FOR FRIDAY OF THE 12TH WEEK IN ORDINARY TIME, YEAR II 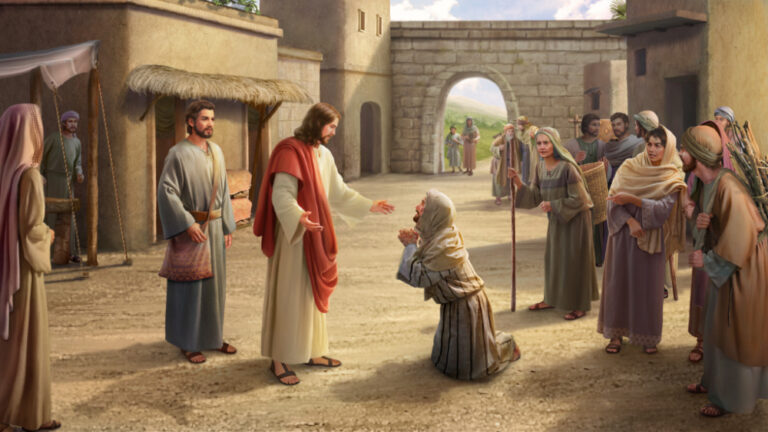 Sin has been generally understood as man’s infidelity to the covenant made with God. Throughout the pages of Sacred Scripture, there have been consequences/punishments for breaking this covenant; the ultimate—and severest—consequence of sin is death (“the wages of sin is death” – Romans 6:23). This not only refers to physical death, but to eternal separation from God: “But your iniquities have separated you from your God; your sins have hidden His face from you so that He will not hear” (Isaiah 59:2). One of the Old Testament references to the consequences and punishments for sin is the disease of leprosy. Despite the constant infidelity of man and his choice (borne out of his free will) to remain separated from God through sin, God in his infinite mercy and love continues to make provisions to reconcile man to himself. The ultimate of these provisions was the sending of His beloved Son to free the world from the pangs of sin and its consequences. This we see in the life and mission of our Lord Jesus Christ.

Christ’s healing of the leper in today’s gospel reflects this divine project of freeing man from the consequences of sin, which culminated in his ultimate sacrificial death and resurrection. By cleansing the leper, Christ restored the man’s entire life to him.  He was apparently living as an outcast, separated from the community; his leprosy, in a sense, took everything from him.  Put differently, from the moment he exhibited signs of leprosy, this poor man was separated from his family. He had to ring a bell and call out “Unclean!” whenever a healthy person approached him. Imagine the kind of life he was forced to lead! Not only was he coping with the physical effects of a terrible illness, but he also had to deal with the guilt, stress, and sense of isolation that came with his exclusion.

Similarly, in the first reading, we see another dimension of the consequences of sin – “The sack of Jerusalem and the final deportation.” Recall that just yesterday, we read about the first deportation of the Jews into captivity in Babylon under the reign of King Jehoiachin who committed atrocities in the sight of God, leaving only the poorest people of the land. When Zedekiah was made king of Judah, he did not learn from the mistakes of his predecessors, he did what is displeasing to Yahweh just like Jehoiachin, breaking the covenant. (2Kgs 24:19-20) This resulted in the sack of Jerusalem and the final deportation into Babylon. Needless to say, they lost their land (and heritage), the promised land that God gave to His people, the tribes of Israel. They had possessed this land for some 860 years; they took it by faith and obedience but they lost it through idolatry and sin – the city was razed down, the Temple of the Lord was burned down, together with the royal palace and all the houses in Jerusalem. The eyes of Zedekiah were put out, and bound in fetters, he was carried to the court of the conqueror. Exiled in Babylon, the responsorial psalm illustrates their sentiments: “By the rivers of Babylon there we sat and wept, remembering Zion…” This indeed was the symbol of a people who had rebelled against God, and had been broken in pieces;

Just as the leper loses or becomes separated from his community, suffers isolation, and filled with the guilt and stress that comes with the exclusion, so also the Jews lost their land, identity, culture, patrimony/heritage, etc., became a ‘nobody’ and filled with the stress and guilt of their sins. However, as horrible as the consequences of sin are, God’s grace abounds all the more (cf. Rom. 5:20). Thus, the healing of the leprous man in the gospel symbolizes the restoration of humanity robbed off its dignity, identity, spiritual heritage, etc., by the consequences of sin.

Dear friends in Christ, no matter what you might be passing through at the moment as a result of the consequences of sins; our Lord Jesus Christ awaits you through the saving powers of the Sacraments to cleanse, purify, heal and restore your spiritual dignity as children of God. Notice that the leper had faith in Jesus and presented himself to the care and mercy of God; this also should be our attitude whenever we become ‘spiritually leprous,’ submitting ourselves to the saving power of God’s Word and the Sacraments, and we will be made whole.