REFLECTION FOR TUESDAY OF HOLY WEEK 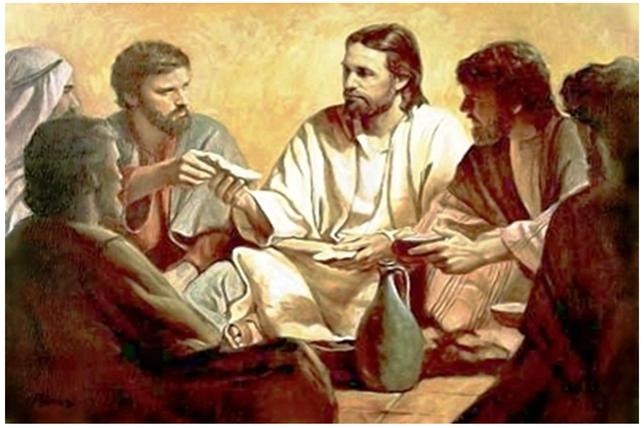 In a momentous turn of events, the media presented us with the News (some hours ago) that Cardinal George Pell, Australia’s most senior Catholic cleric, walked free from jail after Australia’s highest court overturned his conviction for child sex offences. In his statement, we learnt that he holds no ill will against his accuser, which demonstrates a Christlike spirit. The experiences of Cardinal Pell could be likened to that of Christ, the suffering Servant of Yahweh, who was despised, betrayed and persecuted, but was later crowned with glory.

Likewise, today in our liturgical readings, Christ’s journey to his glory begins, as the Johannine community presents us with the episode from the “book of glory” (Cf. Jn. 13:1 – 20:31). This section opens up with Jesus’ awareness that the hour had come for him to pass from this world to the Father, showing to the very end his love for his own who were in this world. In this context, as today’s Gospel (cf. Jn. 13:21-33,36-38) puts it, Jesus was troubled in spirit, and thus, he announces his betrayal, ‘I tell you most solemnly, one of you will betray me.’ We understand that betrayal by a close friend or relative usually comes with severe pain and a great shock. Inasmuch as Jesus showed a particular sign of affection to Judas by dipping the bread in the dish and giving it to him, yet Judas reacted with contempt and ingratitude. For a host to take a morsel of food and dip it in the sauce, giving it to one of the guests was a gesture of honour and affection in that culture. Thus, Jesus’ final outreach of love to Judas, enacted in the gift of the morsel, is rebuffed. On receiving the morsel, Judas promptly leaves the company of Jesus and the other disciples and goes out into the darkness of the night to execute his plans.

This attitude of contempt and betrayal against Jesus was long foretold, as we already see in the prophecy of Isaiah with regards to the suffering Servant of Yahweh. The First Reading (cf. Is. 49:1-6) presents us with the second Song (poem) of the suffering Servant of Yahweh. The prophet again speaks in words that apply very suitably to Jesus. Jesus has been called from all eternity to do this work of salvation. This song, the second song (Is. 49:1-6), defines the Servant’s mission. The Servant is “to restore the tribes of Jacob and bring back the survivors of Israel” (49:6a). Furthermore, God says, “I will also give you for a light to the nations, that you may be my salvation to the end of the earth” (49:6b). Nevertheless, God acknowledges later in verse 7, that this servant is “one deeply despised, abhorred by the nations, the slave of rulers”, just as Jesus was despised by his own people; and consequently betrayed and denied by his close friends, Judas and Peter, respectively.

Dear friends in Christ, at various points in time, like Jesus (the suffering Servant of Yahweh), we have experienced rejection, betrayal, denial, and consequently persecution. May we learn to place our confidence in God and cry out to him like today’s Psalmist [Psalm 70(71):1-6,15,17]: “In you, O Lord, I take refuge; let me never be put to shame. In your justice rescue me, free me: pay heed to me and save me. Be a rock where I can take refuge, a mighty stronghold to save me; for you are my rock, my stronghold. Free me from the hand of the wicked.”

May we realize from the lesson of Christ (the suffering Servant) that glory comes after rejection, contempt, persecution, etc., as we see in verse 7 of chapter 49 of Isaiah’s prophecy: “The suffering servant, despised, will nevertheless be recognized by the powerful, by kings and princes, because, “the Holy One of Israel, has chosen you” (vs. 7). Similarly, in the five chapters that describe the Last Supper in John’s gospel, only “his own” were present to hear Jesus speak of his plans for them, and then in the three chapters that describe the passion and death and resurrection, Jesus is glorified and ascends to his Father who now becomes their Father (cf. Jn. 20:17). Thus, this section illustrates the theme of the Prologue (cf. Jn. 1:12-13): “But all those who did accept him he gave power to become children of God”.