REFLECTION FOR THIRD SUNDAY OF LENT: “YEARNING FOR JESUS (THE LIVING WATER)” 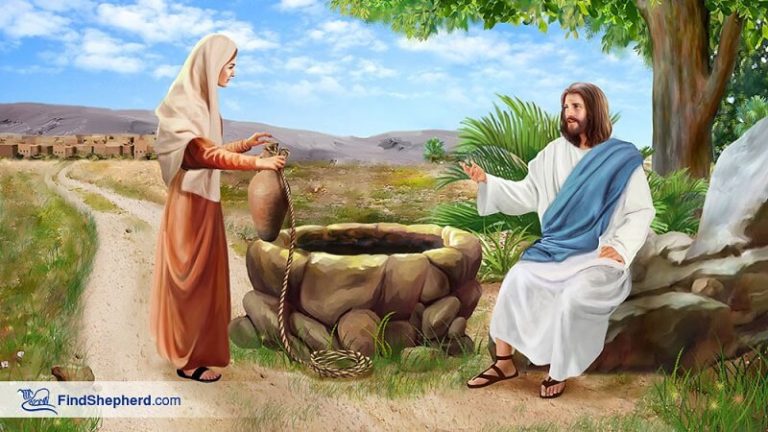 At various points in time, we have experienced a separation from God due to our sins (spiritual thirst), and a corresponding longing to reunite with God by the Sacrament of Reconciliation in order to continually drink from the “Living Water” that wells up for eternal life. Little wonder St. Augustine exclaimed: “…and our hearts are restless until they rest in you”. In this Third Sunday of Lent, the Church, through the readings, encourages us to yearn for Jesus, the Living Water.
In the Gospel Reading (Jn. 4:5-42), John presents us with the “Great Dialogue”. This was an unusual dialogue; it was between Jesus and the Samaritan Woman. In those days, it was forbidden for the Jews to relate with the Samaritans; in fact, they hated each other. This was because the Samaritans were a racially mixed society with Jewish and pagan ancestry. Although they worshipped Yahweh as the Jews did, their religion was not mainstream Judaism. They accepted only the first five books of the Bible as canonical, and their temple was on Mount Gerazim instead of on Mount Zion in Jerusalem. They lived in what had been the Northern Kingdom of Israel. Samaria, the name of that kingdom’s capital, was located between Galilee in the North and Judea in the South. The Samaritans of Jesus’ day were strict monotheists. In some respects, they were stricter than the Jews about the commands of the Mosaic Law, especially the Sabbath regulations, but they did not share the Jewish stricture against pronouncing the divine name, Yahweh, in their oaths. Because of their imperfect adherence to Judaism and their partly pagan ancestry, the Samaritans were despised by the Jews. Rather than contaminate themselves by passing through the Samaritan territory, the Jews who were travelling from Judea to Galilee or vice versa would cross over the river Jordan, bypass Samaria by going through Transjordan, and cross over the river again as they neared their destination. The Samaritans also harboured the same hatred toward the Jews (cf. Lk 9:52-53). However, in the case of Jesus, he decided to pass through the Samaritan town in order to “break down the boundary” that exists between the Jews and the Samaritans. In this vein, with the sense of yearning for the good of humanity, Jesus had to go beyond the “usual”.
The dialogue reveals the incomprehension of man before the mystery of God, and the patience of God who not only satisfies the aspirations of the human person but also sustains it eternally. In other words, the woman didn’t comprehend better when Jesus talked of the “living water”, as such, Jesus had to explain. Without doubt, the water that gives life is Jesus himself: the salvation, renovation in the Spirit, baptism – New Life (cf. Jn.3:5; & 7:38). This dialogue makes a lot of sense to us in this season of Lent. We have been spiritually thirsty because of our sins, and as such, we should earnestly yearn for Jesus through the Word of God and the Sacraments in this period, in order to quench our spiritual thirst, for He is the fountain of life – whosoever drinks, shall never ever thirst again. We should not harden our hearts; however, we should place all our trust in God.
The Israelites of the Old Testament, as we read in the First Reading, lost hope in God as they journeyed to the promised land. Due to the need to satisfy their temporal desire (thirst for water), they complained angrily against Moses as if God was no longer with them, and requested for water, forgetting how God led them out of Egypt on “eagle’s wings” through the Red sea, and conquered their enemies; they forgot that God would give them more than water, as He had done in the past; however, they ran out of patience, hardened their hearts and tested God, saying, “is the Lord with us or not”? (cf. Ex. 17:3-7). This is also what the Psalmist recalled [cf. Psalm 94(95):1-2,6-9]
Dear friends in Christ, we also are on a spiritual journey in the desert of Lent. How have we lived this period so far? In a world faced with the epidemic of coronavirus, have we lost hope in God? Have we neglected God by trusting in our human capacities alone? Have we grumbled against God or put him to test in these difficult times due to our impatience? The current epidemic is a lesson to us all, indicating our separation from God due to our sins, necessitating a need to thirst and return to God, the Living Water. Difficult moments like these call for a deeper yearning for the Living Water offered to us by Christ through the saving effects of the Sacraments and the Word of God.
Like the deer that yearns for running streams (and after discovering the running streams, it drinks to satisfaction); so also, we are called to continue to yearn for Jesus (the Living Water) and boast about him, for the love of God has been poured into our hearts by the Holy Spirit at the appointed hour as seen in the Second Reading (cf. Rom. 5:1-2, 5-8) – through the merits of Christ’s redemptive death, when his side was pierced with a lance, of which flowed blood and water – the Sacraments of Baptism and the Eucharist. Therefore, we should and never lose hope, for our hope will never deceive us. As we approach the Eucharistic table this Sunday, the Sacrament of the sacraments, may our hearts and souls be nourished and be filled with the Living Water that wells up for eternal life. Amen.
“O that today you would listen to his voice, harden not your hearts…”