REFLECTION FOR THE THIRD SUNDAY OF EASTER 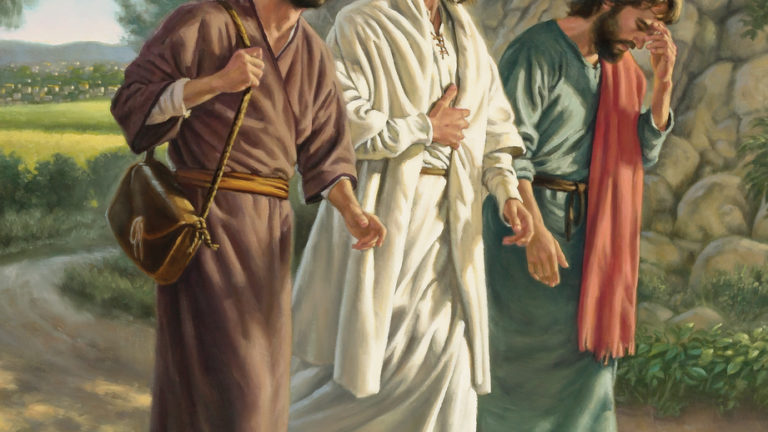 Epidemics and Pandemics often remind us of our venerability and in most cases (when they are difficult to control), lead to despair and distrust in God. Relating this to the current pandemic of COVID-19, we see that within a few months, something that appeared to be a catastrophe in a distant land had become an everyday tragedy at home, even in the remotest areas, hospitalizing many and claiming many lives, creating the conditions for the despair, misinformation, stigma, suicide, chaos etc., and the seeming silence of God. The condition is so horrible that many have lost their jobs globally, other have been driven out by their and landlords, leaving many impoverished, hungry, thirsty people, young and old, men, women, children, sick and disabled people, with nowhere else to go; again, it appears that God is silent. Also, each and every one of us has (at some point) encountered setbacks, crises of faith, disappointments, despair, etc. as a result an ill-fated event in our lives or in the lives of our relatives, friends, colleagues, companions, etc., such that we feel the seeming absence of God in our lives together with a pessimistic mind-set of backwardness.

Likewise, the feelings of despair were not unconnected with the disciples of Jesus when he was arrested, tried before Pilate and eventually crucified. Matthew 26:56 says: “all his Disciples forsook him and fled” (also see Mk. 14:50), not to talk of Peter who denied him thrice (cf. Luke 22:54-62). At that time, the Disciples of Christ (with a poor understanding of Jesus’ messianic mission), felt their ‘world’ had come to an end with Jesus’ death. They misconceived Jesus as a political Messiah who would restore Israel by challenging and overthrowing the religious and civil authorities. Their expectations were weakened when the Messiah was condemned to die, and even with news of his resurrection, they still did not believe because only the ‘women’ reported to have seen him and ‘they’ did not see him, but heard only of an empty tomb. As a result of this, two of the disciples of Jesus had to depart from Jerusalem to Emmaus as we read in today’s Gospel (cf. Luke 24:13-35). It is pertinent to note that in Luke’s Gospel, Jerusalem is the spiritual centre of gravity: it is the locale of the Last Supper, the cross, the resurrection and the sending of the Spirit. It is the charged place where the drama of salvation unfolds. Therefore, in walking away from the capital city, these two disciples of Jesus were going against the essence; as such, Christ had to appear in their midst, opened their eyes to the Scriptures and celebrated the Eucharist with them which empowered them to return to Jerusalem and re-joined the disciples to testify to the truth of the resurrection.

According to Scott Hahn, “Jesus doesn’t disclose His identity until they describe how they found His tomb empty but ‘Him they did not see.’ That is how it is with us, too. Unless He revealed himself, we would see only an empty tomb and a meaningless death.” From Christ’s revelation to the two disciples above, we see the catalytic effects of the Word of God and the Breaking of Bread – Eucharistic celebration; which enabled them to recognize the risen Lord in their midst and consequently returned back to the “spiritual centre of gravity” – Jerusalem. Thus, the road to Emmaus becomes the way of purification and maturation of our belief in God: the encounter with the risen Christ gives us a deeper faith, one that is authentic, tempered, so to speak, through the fire of Easter, a faith robust because it is from the word of God and the Eucharist, not human ideas.

As Jesus makes himself known at Emmaus by interpreting “all the Scriptures” in reference to Him, so also Peter in the First Reading (cf. Acts 2:14,22-33) makes Jesus known to the people by opening their minds to the Scripture, how God raised Jesus from death, thus fulfilling the Messianic prophecies about the promised descendant of David. Christ is the one whom God did not allow his body to experience corruption as today’s Psalmist [cf. 15(16):1-2,5,7-11] affirms: “For you will not leave my soul among the dead, nor let your beloved know decay.”

Today, it appears that ‘the world’ is currently experiencing its ‘journey to Emmaus’. The world is crippled by the pandemic of COVID-19, which has claimed many lives and have left many sick others battling for life in hospitals and treatment camps. It appears that mankind has been abandoned and betrayed by the Lord; some have abandoned their faith or departed from the essence (Jerusalem) like the two disciples of Jesus. Nevertheless, the story of Emmaus suggests instead that it is still possible to encounter the risen Jesus still today, and that in the midst of this turbulence, he is very close to us. The fact that archaeologists have not identified the location of Emmaus with any certainty, holds a certain value that Emmaus is really everywhere, which is still trodden by many Christians today in the light of the difficulties they face and their corresponding despair. In the face of all these, we need the continuous catalytic effects of the unchanging Word of God to “burn our hearts” and the Eucharist to open our eyes to have confidence in God, bearing in mind that the ransom that was paid to free us from the useless way of life our ancestors handed down was not paid in anything corruptible, neither in silver nor gold, but in the precious blood of a lamb without spot or stain, namely Christ; who, though known since before the world was made, has been revealed only in our time, the end of the ages, for our sake, as stated by Peter in today’s Second Reading (cf. 1 Peter 1:17-21)

Above all, in recognizing the presence of our Lord Jesus Christ in the midst of this pandemic, let us not forget to pray like today’s Psalmist: “Preserve me, God, I take refuge in you. I say to the Lord: ‘You are my God. O Lord, it is you who are my portion and cup; it is you yourself who are my prize.’”