REFLECTION FOR THE FIFTH SUNDAY OF LENT: “HOPE IN THE FACE OF THE EVIL OF COVID-19” 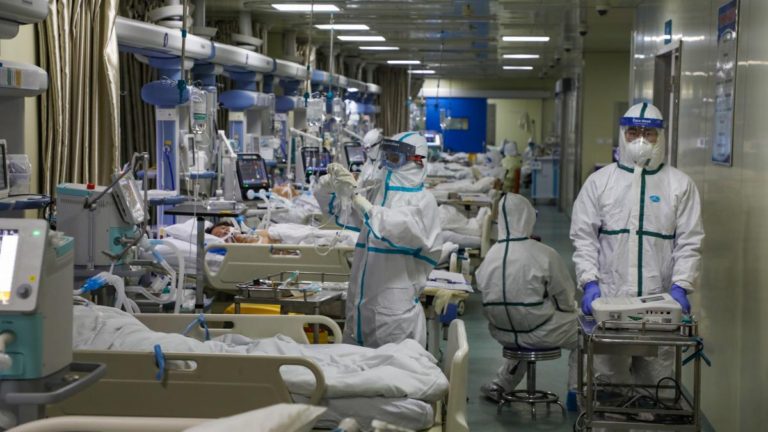 Reflecting critically on the reality of life in our world today, humankind has been baffled by the seeming contradiction between the existence of a loving God and the fact of evil – theodicy. One of the greatest challenges faced by our world today is the reality of the deadly pandemic of COVID-19, leading to lots of deaths – wiping out families, friends, dignitaries, etc. across the globe. Panic and fear of contracting the disease increase by the day as lots of persons – politicians, leaders, friends, relatives, rich, poor, homeless, continue to test positive across the globe. Today, ‘everyone’ is humbled by this global pandemic; many are currently in pains, displaced in hospitals and battling for life. While others are at home in self-isolation, a few others do not care, believing it is just some political propaganda across the globe. This kind of evil is undoubtedly a physical evil because it inflicts physical pain in man in the form of sickness; nevertheless, some conspiracy theories maintain that it is a moral evil; that is, a biological weapon engineered by men to deflate the economic strength of some countries and to wipe out many people from the surface of the earth. The reality of evil and suffering has made many lose their faith and trust in God because of his seeming silence at times; and as a result, many questions arise in the hearts of men: “How could a God who is all-good, all-loving, and all-powerful allow so much evil? Why doesn’t He do something about it? Or is it the case that He is all-good but powerless in the face of evil? Or is He all-powerful but not all-good, that evil persists? Couldn’t God have created a world without evil? Who created evil? Or are there some elements of this God which are evil?

Addressing the problem of evil, St. Augustine (354-430 AD), a quintessential Christian philosopher and theologian of his time (one of the first who looked into this problem in the Christian parlance) having been preoccupied with the problematique of evil, Augustine defined evil not as a thing in and of itself, but as a privation of good. Something that is lacking is not a thing in itself. For instance, if you have a hole in your jacket, the hole is not something as such, but a privation. In this light, Augustine defined evil as a privation – a lack of something – rather than a thing or substance. This solves some important criticisms against the reality of a loving God. If evil is not an actual thing, then God cannot be the creator of evil. Therefore, I dare to say that God remains all-good. Augustine went on to state that evil exists because we have free will. God enables humans to freely choose their actions and deeds, and evil inevitably results from these choices. Physical evils, such as disease etc., are indirectly related to human actions since they become evil only when in contact with people. Sometimes, they are often caused by man’s deviation from the good. Augustine gave a more theological explanation later in his life: we cannot understand the mind of God, and what appears evil to us may not be evil at all. And this makes us realize that God sometimes permits evil in order to bring forth good; this is best understood in the fact that God allowed his only Son Jesus Christ to be put to death by men (the greatest moral evil) in order to bring about the salvation of mankind.

Dear friends in Christ, these lessons on evil serve as a key in order to understand the Readings of this Sunday, which I title: “Hope in the face of the evil of COVID-19”. The three Readings illustrate the omnipotence of a good God in the face of evil. He assures us of life, life in abundance, and that the evil of death cannot be an obstacle to this divine promise. This makes a lot of sense to us today as we are faced with the threat of COVID-19, and most importantly, as we approach Easter – the resurrection of Christ.

The First Reading (cf. Ezekiel 37:12-14), taken from the theme of “the valley of dry bones” is almost certainly the most beloved and famous of Ezekiel’s visions. What was the context? This vision dates to the period of Israel’s history known as the Babylonian Exile. In 597 BC, the armies of Babylon forced the Jews and their leaders into exile in Babylon, leaving only the poorest people of the land behind (cf. 2 Kings 24:10-16). Ten years later, in 587/6 BC, Jerusalem rebelled against Babylon; as such, the Babylonians razed Jerusalem and its temple and deported a second batch of Judean leaders. Among the first wave of the deported Jews was the young Ezekiel (whom God later called in Babylon to the office of a prophet). For the exiled Jews, the future seemed a black hole into which they were destined to disappear, for they seemed to have lost their identity, faded into the mists of history. The key symbols of Judean faith – Jerusalem, its temple, its people, and the Davidic monarchy – had been destroyed. As such, many exiled Judeans assumed that their deity had been defeated by a stronger deity from Babylon (cf. Ps 42:3, 10; 79:10; 115:2). It seemed that evil conquered them; just as we see in Ezekiel’s vision in verse 1 of the same chapter: “dry bones lay everywhere (37:1). Yet, in the face of this terrible evil, at the command of the Lord, Ezekiel could prophesy, and the Spirit of the Lord would reconstitute the bones into flesh (37:2-8). With another prophecy, the Spirit would pour life into the bodies (37:9-10). God ordered Ezekiel to prophesy the spiritual resurrection of the Jews in the face of the ongoing evil (cf. 37:12-14 – which we read today). However, this prophecy would attain a fuller context in the person of Jesus Christ. Through him, followers would find a new hope in a final divine revival. God does and will breathe his Spirit into his people; and, He will give them a new place in his land. He will give them new hope. This is the hallmark of the Gospel’s message.

In the Gospel Reading (cf. John 11:1-45), first, we are presented with the intervention of Jesus in raising Lazarus from death. As stated earlier, no amount of evil, not even death will prevent the promise of God from being fulfilled. Symbolically, the story of the resurrection of Lazarus has a rich significance in relation to the people of God passing through various kinds of evil. How can we understand this? The name Lazarus simply means “God helps/defends”. We were told that he was the brother of Mary and Martha, from Bethany. The name Martha signifies “lady of the home”; while the name Mary, originally an Egyptian name, is derived in part from “mry”, meaning “beloved” or “mr” – “love”. As a follow-up, the word “Bethany” springs from the Hebrew “beit-te’enah” literally meaning “house of figs”. This is used to characterize the nature of the house of the poor, marginalized, oppressed etc. Therefore, in raising Lazarus from the dead, we see the hope/defence/salvation/life offered by Jesus to the poor (his beloved people) who were marginalized, oppressed, stricken with sickness and death by the Jewish authorities and the Roman Empire at that time. This tells us today that even in the most difficult and darkest moments of COVID-19, the Lord always defends the cause of the poor and oppressed, offering hope in the face of evil.

Still within the hope offered by God in the face of evil, St. Paul, in the Second Reading (cf. Rom. 8:8-11), guarantees the Christian believers in Rome who were confronted with death/persecution to remain steadfast in the faith; that, if the Spirit of God who raised Jesus from the dead dwells in them, God would equally give life to their mortal bodies, through that same Spirit dwelling in them. As such, Paul assures them of hope in the face of the evil they were passing through; giving a foresight of their resurrection on the last day based on the resurrection of Jesus.

Dearest friends, no matter the kind of evil that befalls us today; let us, like today’s psalmist (cf. Ps 130:1-2, 3-4, 5-6, 7-8), call on the Lord from the very depth of our hearts for forgiveness, for with Him, there is mercy and fullness of redemption. May God grant us the grace to be hopeful and steadfast all the time, even in this critical period of the evil of COVID-19. Amen.