REFLECTION FOR SATURDAY OF THE FOURTH WEEK OF LENT 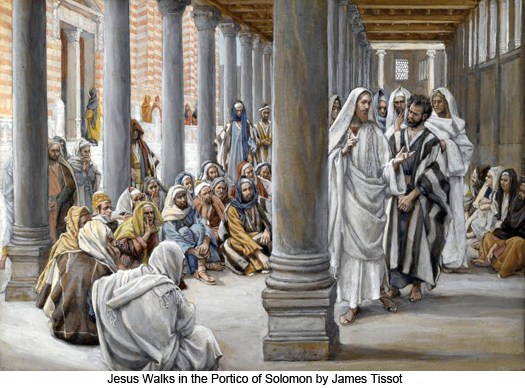 Today’s Responsorial Psalm (cf. Ps. 7:2-3,9-12) opens up with a prayer of confidence in God’s deliverance: “Lord God, I take refuge in you, from my pursuer save me and rescue me, lest he tear me to pieces like a lion and drag me off with no one to rescue me…” This psalm reveals the ordeal of one who was persecuted or about to be killed unjustly; however, with unwavering faith, places in trust in the Lord and seeks refuge in Him. This is reminiscent of the cases of Jeremiah and Jesus in the First Reading and Gospel, respectively.

Beginning with the Gospel Reading (cf. John 7:40-52), we hear of the plot to have Jesus arrested and prosecuted – a continuation of yesterday’s reading. The context was that of the Feast of the Tabernacles (cf. Jn. 7:1-53). Now, after Jesus gave the open appeal on the last day of the Feast, in verse 37-38, “If anyone is thirsty, let him come to Me and drink. He who believes in Me, as the Scripture said, ‘From his innermost being will flow rivers of living water.’” There was a mixed reaction and division in the crowd about the identity of Christ. Some thought that He was the promised Prophet; this refers to the prophet that Moses predicted (cf. Deut. 18:15). Certainly, Jesus was the Prophet of whom Moses spoke. However, He was much greater than Moses, both in the signs that He performed and in the teaching that He gave. But by itself, to believe that Jesus was the Prophet was an inadequate view, that was why others claimed that He was the Christ (which is true of Him); nevertheless, others disputed that idea. This made the Jewish leaders conceive the idea of arresting and executing Jesus. They sent the officers to arrest Him, these came back empty-handed, saying, “Never has a man spoken the way this man speaks.” Then Nicodemus (the same one who had come to Jesus at night time, cf. Jn. 3), tries to check the murderous intention of the Sanhedrin, only to be rebuked. This was an obvious division among them because of the Truth that Jesus established in his teachings.

Similarly, because of the truth, Jeremiah in the First Reading (cf. Jer. 11:18-20) suffered persecution from the enemies. The passage reflects a revelation granted to Jeremiah of the plot to kill him by the wicked ones and the lament of the Prophet to God in the face of such a critical situation. Here, Jeremiah affirms that God revealed the scheming of the enemies to put his life to an end. He considers himself to be like a “gentle lamb led to the slaughter,” that is, innocent of the plans to take his life. This metaphor can be linked to other texts that speak of a sacrificial lamb (cf. Isaiah 53:7; John 1:29, 36), all pointing to the persecution of Jesus.

Apparently, the truth causes division. Satan hates the truth about Jesus and so he makes sure that there are always many, often within the Church, who oppose the truth and get divided from the Body of Christ. The early Christians in the Book of Acts and the Apostolic Epistles experienced this reality – factions. Whenever the Truth is projected, satan uses the avenue to set the hearts of some against it; these get divided and tend to persecute the good ones in the Church. The major problem the Church faces today is from within, and this is basically a rejection of the truth about Jesus – the Word of God, the Sacraments He instituted, etc.. Dear friends in Christ, following the footsteps of Christ today necessitates a disposition for an ordeal (cf. Sirach 2:1). Put differently, anyone who stands for the Truth should be prepared for persecution like Jeremiah and Jesus in today’s readings. When we face persecutions, we should learn to be confident in God’s deliverance and pray like the Psalmist: “Lord God, I take refuge in you, from my pursuer save me and rescue me, lest he tear me to pieces like a lion and drag me off with no one to rescue me…”