REFLECTION FOR FRIDAY OF THE SECOND WEEK OF LENT 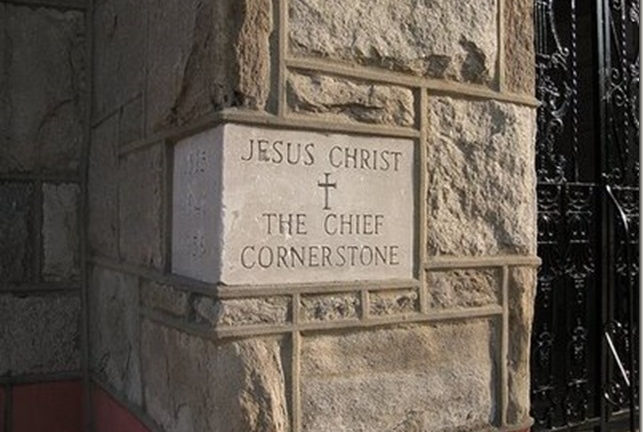 In ancient times, before building/constructing structures with stones, some highly-trained stonemasons carefully extract and chose the stones and other materials used in construction. Among all the stones selected, there must be a cornerstone; no stone was more important than the cornerstone because the integrity of the whole structure depended on the cornerstone containing exactly the right lines. If the cornerstone was not exactly right, the entire building would be out of line. For that reason, builders inspected many stones, rejecting each one until they found the one they wanted. Rejected stones might be used in other parts of the building, but they would never become the cornerstone or the capstone (the first and last stones put in place). Such was the importance of the cornerstone;  however, it takes carelessness and insensitivity on the part of the builders for a corner to be among the rejected ones. This is the situation we find in the readings today.

In the First Reading (cf. Genesis 37:3-4,12-13,17-28), Joseph was rejected by his brothers and sold as a slave into Egypt; nevertheless, this rejected stone eventually became their ‘saviour’ (cornerstone) in the time of famine. This lesson is also mirrored in the Responsorial Psalm of today [Ps. 104(105):16-21]. Similarly, in today’s Gospel Reading, Christ talks about the cornerstone by citing to the Book of Psalms (108:22), in reference to Himself: “The stone the builders rejected has become the cornerstone”. This was after he narrated a parable to the Chief priests and elder about the son of the landowner who was rejected and killed by the tenants. This was an allegory of His mission on earth. He is the stone rejected by the builders, he was dealt with and subjected to a shameful death on a cross; yet, after his rejection and crucifixion, He became (as risen Lord) the cornerstone of a spiritual building – the Church, and the Saviour of humanity. The early church saw in the story of Joseph a symbol of the story of Jesus.

Dear friends in Christ, the stories of Joseph and Jesus shows that God can bring forth good from evil. This becomes a message of hope for us in this season of Lent especially if we feel nothing good can be seen in our lives. God can still transform and use us for the good of others – no one is so bad that the grace of God cannot operate in him/her. Also, we are called not to reject the cornerstone of our salvation by our careless and insensitivity but to cooperate with the grace of God and become better individuals. May the Lord bless His words in our hearts. Amen.