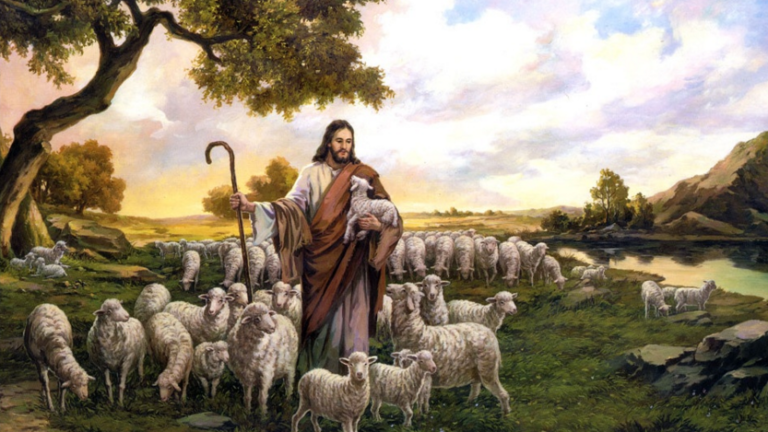 The imagery of Shepherding (or Pastoring) pertains to a leader (or shepherd/pastor) exercising authority over a group of people known under the imagery of flock or sheep. No doubts, those who were brought up around the farm settlement or in Agricultural areas where animals are raised would certainly not find a hard time understand this imagery. Likewise, the imagery found its way into biblical usage because it was one of the common occupations of the Jews in those days to rear animals, especially cattle, sheep, etc.  The relationship between the sheep and the shepherd is often described as intimate and affectionate. During the day, the Shepherd takes the sheep to green pastures in order to feed and nourish them, after which he refreshes them in still waters in order to restore their strength; for this reason, the flock lack nothing. While leading them back to the sheepfold at night, the sheep are protected by the shepherd, as such, they fear no danger of attacks from other wild animals; and even if one of them should go astray (which is common), the shepherd uses his rod (staff) to bring them back to the right direction.

In the biblical setting, we find the idea of shepherding, specifically the idea of God acting as the Shepherd of His people.  This motif is found from the beginning of the Bible to the end, although not with much frequency with other popular biblical imageries. Citing a few, we have Gen. 48:15, where we see Jacob on his deathbed, blessing Joseph and attesting that God had been his shepherd all of his life to that day. In Rev. 7:17, when the saints who come out of the tribulation are brought before God, John brings together two of the most striking images of the scripture by stating, “for the Lamb in the Center of the throne shall be their Shepherd and shall guide them to springs of the water of life; and God shall wipe every tear from their eye.”

Biblically speaking, the theme of the “Shepherd” is very significant. It appears at critical times in the narrative of the history of God’s people, and perhaps, richer than other imageries in content. Why did God choose to include this motif as part of His revelation to man? Shepherding was, and still is to a certain extent, a very common occupation for those in the Middle East. The terrain and geography of the area lend itself to the raising of both sheep and goats, but in particular sheep. Sheep are moved from one area to another with relative ease in search of green pastures, and would require less water than other domestic animals. Everyone was familiar with shepherding. The Patriarchs were all shepherds: Abraham, Moses and of course David, and other Patriarchs. It was also to shepherds in the field that the news of the birth of Christ was first revealed.

Now, with the knowledge of a shepherd and his loving relationship with his sheep, bringing about the idea of a good shepherd, it becomes apparent why God chose this title in His relationship with Israel as seen in Psalm 80:1, Ps. 100:3, Ezk. 34:31, Is. 40:11, among others. We understand that the Israelites (and of course humans in general) are so apt to act like sheep. Isaiah 53:6 remind us that, “we had all gone astray like sheep, each taking his own way…” Sheep are not only dependent creatures; they are also unintelligent, prone to wandering and unable to find their way to a shepherd. The analogy is fitting. It is clear, because of our helplessness and our tendency to wander and get lost; as such, we are always in need of a Good Shepherd.

In this light, we come to understand why today’s Psalmist in Psalm 22 (23) exclaims: “The Lord is my shepherd; there is nothing I shall want. Fresh and green are the pastures where he gives me repose. Near restful waters he leads me, to revive my drooping spirit.” Here, with the imagery of a shepherd, we see the beautiful way the Psalmist denotes the God’s providence for His people; with the way a shepherd cares for his flock such that they lack nothing, so also God cares for us in a deeper and reliable way. Fresh and green are the heavenly pastures where He will give us repose at the end of our journey on earth. He is the one who leads, guides, and welcomes us into His divine family with the restful waters of baptism – adopting us as his children through Jesus Christ. Does this remind us why Peter had to address the People at Pentecost, as seen in today’s First Reading (cf. Acts. 2:14,36-41), proposing the message of salvation and acceptance into God’s family through the “waters of baptism” in order to have their sins forgiven and consequently receive the Holy Spirit? This is what the Lord, the Good Shepherd does to us; He accepts us into his divine family by cleansing us with the waters of baptism, in order that we might be nourished, lacking nothing, and as such come to enjoy the heavenly green pastures.

The Psalmist of today continues to reveal this reality to us when he says in the next stanza: “He guides me along the right path; he is true to his name. If I should walk in the valley of darkness no evil would I fear. You are there with your crook and your staff; with these, you give me comfort.” With this expression, we come to understand better the mission of our Lord Jesus Christ as also the Good Shepherd, which we see in today’s Gospel reading (cf. John 10:1-10). Here, Jesus denotes himself as the “Gate of the sheepfold,” asking that we enter through the gate to the sheepfold in order to be safe, freely in and out and be sure of finding pasture.  Here, the imagery of the sheepfold, which was a circular enclosure is often made of stones. In ordinary practice (as stated earlier), sheep were brought into the fold at night so that they would be protected from predators and thieves. During the day, the sheep were taken out of the fold to graze in the pasture. The sheepfold is a metaphor for the Community of the People of God – the Church. We see a clear depiction of this sheepfold (made of stones) in Mat. 16:18 – “Upon this rock, I will build my Church”. Thus, Christ established the Church to become our sheepfold. Jesus is the gate through which we come into that fold. From there he will keep our souls safe and protected from the evil of the thief who attacks at night; just as the psalmist says, if I should walk in the valley of darkness no evil would I fear.” This thief, according to Christ, is the devil who comes only to steal and kill and destroy. But have come so that they may have life and have it to the full.’ Similarly, in today’s Second Reading (cf. 1 Peter 2:20-25), Peter underscores this idea when he says: “You had gone astray like sheep but now you have come back to the Shepherd and Guardian of your souls.” Here, Peter exhorts us (the wondering ones who have gone astray) to return to the ideal good Shepherd, Jesus Christ our Lord, who suffered and laid down his life for us in order that we might have life in abundance.

Returning to the Psalm, we read its penultimate stanza: “You have prepared a banquet for me in the sight of my foes. My head you have anointed with oil; my cup is overflowing.” This points out to Jesus the Good Shepherd, and what he does for us. After receiving us into the family of God by the still waters of baptism, he prepares the Eucharistic banquet for us and consequently anoints our heads with the Oils of Confirmation and Anointing of the Sick.

With these insights, we come to a better understanding of today’s message: First, we are called to be Good Shepherds in the various positions of authority we occupy – in the Church, at home, at school, at work, on WhatsApp platforms, and even care for those around us in this critical time of quarantine. Secondly, we are also called to be good sheep in the sheepfold of Christ – the Church, by following the Shepherd as obedient Christians and recognizing his voice through the magisterial teachings of the Church, based on Sacred Scripture and Tradition. Above all, we are called to pray for Vocation. Christ handed over this task of shepherding his people to Peter the head of the Apostles when he said: “Feed my lambs…look after my sheep….feed my sheep” (cf. Jn. 21:15-17). Today, we can see that the present Pope is the successor of St. Peter, while the Bishops are the successors of the Apostles, and this mandate of shepherding or pastoring extends also to Priests in the particular parishes they pastor. On this Sunday we continue to pray for the increase in vocations to the priesthood and religious life; asking God to grant that the Church would never lack Shepherds/Pastors to feed and cater for the spiritual needs of the people of God in places they are needed most. We equally pray for the Religious and the laity in their various roles of “pastoring”. May God continue to inspire the hearts of young men and women to lead, care, nourish and protect the lives of those under their care, so that “goodness and kindness would continually follow us all the days of our lives, and may we come to dwell in the Lord’s house – the heavenly sheepfold, forever and ever. Amen.