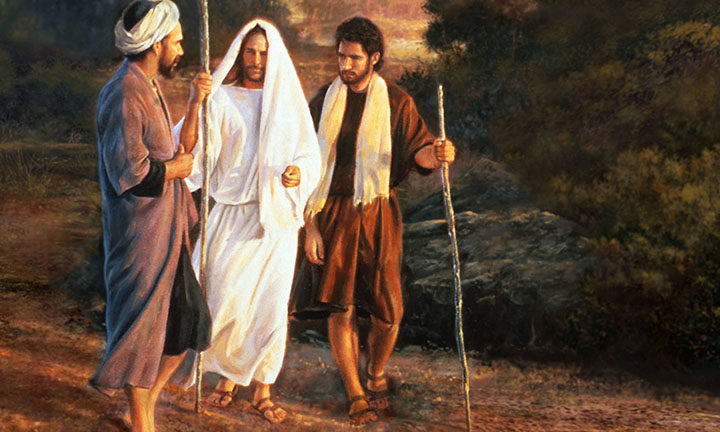 At one point in time or another, we have either encountered setbacks, crises of faith, disappointments, despair, etc. as a result an ill-fated event in our lives or in the lives of our relatives, friends, colleagues, companions, etc., such that we feel the seeming absence of God in our lives together with a pessimistic mind-set of backwardness. These sentiments were not unconnected with the disciples of Jesus when he was arrested, tried before Pilate and eventually crucified. Matthew 26:56 says: “all his Disciples forsook him and fled” (also see Mk. 14:50), not to talk of Peter who denied him thrice (cf. Luke 22:54-62).

At that time, the Disciples of Christ (with a poor understanding of Jesus’ messianic mission), felt their ‘world’ had come to an end with Jesus’ death. They misconceived Jesus as a political Messiah who would restore Israel by challenging and overthrowing the religious and civil authorities. Their expectations were weakened when the Messiah was condemned to die, and even with news of his resurrection, they still did not have faith in the resurrection all because only the ‘women’ reported to have seen him and ‘they’ did not see him. This was the feeling that propelled the two disciples of Jesus to depart from Jerusalem to Emmaus in today’s Gospel (cf. Luke 24:13-35). In Luke’s Gospel, Jerusalem is the spiritual centre of gravity: it is the locale of the Last Supper, the cross, the resurrection and the sending of the Spirit. It is the charged place where the drama of salvation unfolds. Therefore, in walking away from the capital city, these two erstwhile disciples of Jesus were going against the essence; as such, Christ had to appear in their midst, opened their eyes to the Scriptures and celebrated the Eucharist with them which empowered them to return to Jerusalem and rejoined the disciples to testify to the truth of the resurrection.

From the experiences of the two disciples above, we see the catalytic effects of the Word of God and the Breaking of Bread – Eucharistic celebration; which enabled them to recognize the risen Lord in their midst and consequently returned back to the “spiritual centre of gravity” – Jerusalem. Thus, the road to Emmaus becomes the way of purification and maturation of our belief in God: the encounter with the risen Christ gives us a deeper faith, one that is authentic, tempered, so to speak, through the fire of Easter, a faith robust because it is from the word of God and the Eucharist, not human ideas.

Today, the world is currently experiencing its ‘journey to Emmaus’. The world is crippled by the pandemic of COVID-19, which has claimed many lives and have left many sick others battling for life in hospitals and treatment camps. It appears that mankind has been abandoned and betrayed by the Lord; the Vatican centre has been shut, church buildings are also shut, some have abandoned their faith or departed from the essence; as a result, Christianity has been mocked by its adversaries who ask: “where is your Jesus…where is your God?” Nevertheless, the story of Emmaus suggests instead that it is still possible to encounter the risen Jesus still today, and that in the midst of this turbulence, he is very close to us. The fact that archaeologists have not identified the location of Emmaus with any certainty, holds a certain value that Emmaus is really everywhere, which is still trodden by many Christians today in the light of the difficulties they face and their corresponding despair.

Furthermore, the First Reading (cf. Acts. 3:1-10) strengthens us further. Here, we see a crippled beggar at the “Beautiful Gate” of the Temple who experienced the healing power of the risen Lord. Analogically, the crippled beggar could be likened with humanity crippled in the faith and passing through the “Emmaus experience” in need of the power of the risen Lord. Thus, in order to be whole again, we need the continuous catalytic effects of the unchanging Word of God to “burn our hearts” and the Eucharist to open our eyes to the faith; this is how to recognize Jesus in the midst of our present-day crisis; just as the Psalmist tells us today: “…consider the Lord and his strength; constantly seek his face…”, and indeed, “the hearts that seek the Lord would rejoice”. Therefore, after seeking the face of God in this present pandemic, we shall rejoice once again like disciples.