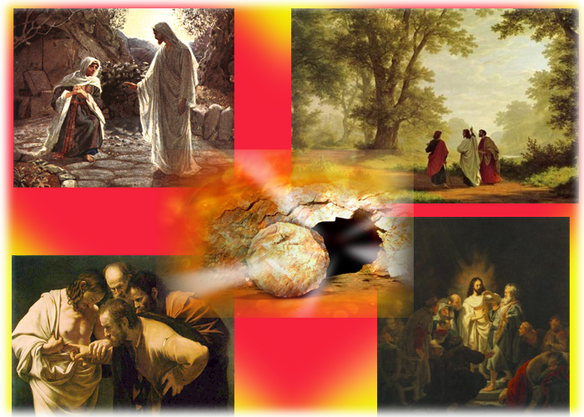 The English word ‘conviction’ comes from the Latin verb “convincere,” which means to convict, to convince, to prove, to conquer, or to demonstrate. With this, we can say that conviction is the mental state or condition of being convinced, of having a strong, settled belief or commitment founded on minimally satisfactory grounds. Experience has shown that a strong sense of conviction about something could lead one to the point of giving up his/her life for that thing, especially when it comes to religion. This attitude is what we see in the disciples of Jesus (both in words and deeds) as presented by today’s First Reading (cf. Acts 4:13-21).

In the first reading, after they had been warned by the religious authorities to stop preaching in the name of Jesus, we hear Peter and John telling the authorities firmly “You must judge whether in God’s eyes it is right to listen to you and not to God. We cannot promise to stop proclaiming what we have seen and heard.” This statement was borne out of a strong conviction the disciples had about the risen Lord, which gave them the burning zeal to bear witness for him with their very lives even to the point of death. Recall that it took the Lord Jesus quite an ample time convincing his disciples (who doubted his resurrection) that he is indeed alive and has overcome the power of death by his glorious resurrection through various apparitions as outlined in today’s Gospel Reading (cf. Mark 16:9-15). The evangelist says that Jesus appeared first to Mary of Magdala who went to share the message with the disciples but they did not believe her. After this, Jesus showed himself to two of his disciples as they were on their way into the country. These went back and told the others, who did not believe them either. Lastly, according to Mark, Jesus showed himself to the Eleven themselves while they were at table. He reproached them for their incredulity and obstinacy because they had refused to believe those who had seen him after he had risen. It was after these efforts in convincing them that he has risen from the dead that he commissioned them to preach the Good News, saying: “Go out to the whole world; proclaim the Good News to all creation.” It was in this light that the disciples said to the authorities in the first reading: “we cannot promise to stop proclaiming what we have seen and heard.” This statement demonstrates the strong conviction they had in the risen Lord.

Dear friends in Christ, what can we say to be our conviction about our Catholic faith since our baptism? What exactly leads us on as Catholics till this day? What could possibly propel us to defend our faith and hold on to the truth without fear before constituted authorities, even when threatened with persecution and death? The lesson of the disciples serves for us a great example and inspiration to hold on to. Having learned of the lives and courageous faith of the disciples and those of the saints, our conviction should be firmer and stronger than ever even without having seen Jesus; for Jesus says: “Blessed are those who have not seen and yet believe” (Jn. 20:29). May this beatitude continually be our strengthen our conviction in bearing witness to the risen Lord, proclaiming that the ‘Lord is good, for his love has no end…’ as seen in today’s Psalm [Ps. 117(118):1,14-21]