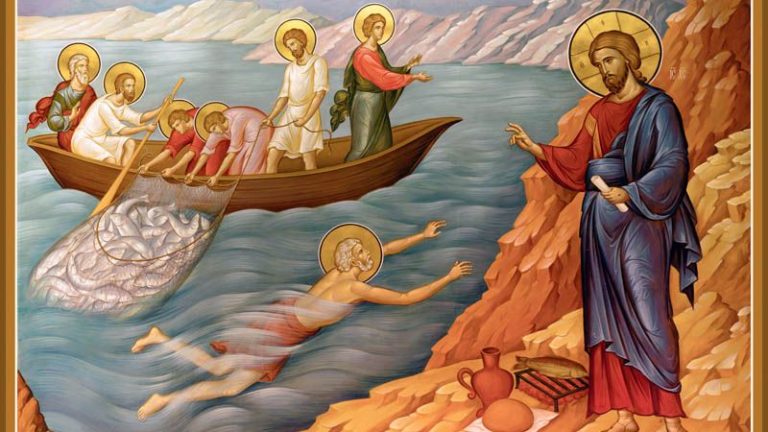 One of the beautiful imageries of John’s Gospel is that of “Light and darkness”. In a lucid way, the Johannine Community clearly identifies Jesus of Nazareth as being the spiritual light of the universe. For John, Jesus is “the light of humanity” (cf. John 1:4). The allusions in John 1:1–5 to Gen 1 (“in the beginning” in vv. 1–2; the act of creation in v. 3; life in v. 4; light and darkness in vv. 4–5) suggest that just as the word of God brought about the existence of physical light at the beginning of the history of the world, in a similar way, the Word of God (who is Jesus) is the spiritual light that brings safety and life into our world of darkness (cf. John 1:4). By Jesus’ coming into the world, his light has shone into the darkness (as with the case of Gen. 1:2-3); and wherever his light has reached, there the darkness has irresistibly been overcome (cf. John 1:5). Going further in John, we discover that Jesus is “the true light who illuminates all people” (cf. John 1:9). He has “come as a light into the world, in order that everyone who believes in him might not abide in the darkness” (cf. John 12:46). Thus, Jesus himself claimed to be “the light of the world” (cf. John 8:12; 9:5). Therefore, following Jesus and his teaching is to avoid “walking in the darkness,” and results in a person experiencing “the light of life” (cf. John 8:12). John quoted Jesus saying: “no one who walks in the daytime stumbles, having the light of this world to see by; anyone who walks around at night stumbles, having no light as guide” (John 11:9–10). In another passage, Jesus says: “nobody who walks in the dark knows where he is going” (John 12:35). Thus, the danger of not seeing where you are going is that you will stumble so as to fall away from the pathway of salvation. This was the case of the disciples of Jesus as we see in today’s Gospel Reading (cf. Jn. 21:1-14).

The Gospel reading demonstrates how the Disciples of Christ whom Christ called from darkness into light, returned to ‘a life of darkness’ following the death of Christ. Needless to say that they returned to their former occupation as fishermen. In describing this scenario, John clearly demonstrates that they had an unproductive night of fishing. That is to say, they “stumbled” as a result of fishing at night. However, when darkness paved way for the light, the resurrected Saviour came to the scene and transformed their failure into success, such that huge amounts of fishes were caught, and he called them to enter into communion with him through the breakfast he proposed.

Similarly, in the First Reading (cf. Acts 4:1-12), we see the children of light (the disciples of Christ) bearing witness to the resurrection. In that scenario, Peter and John were able to declare before the religious authorities that it was by the power of the risen Lord that they were able to dispel the darkness out of the life of the crippled man; the same Jesus whom the religious authorities condemned to die, all because they ‘preferred darkness to light because their deeds were evil’ (Jn. 3:19).

Dear friends, ‘Christ became (as risen Lord) the cornerstone’ of a spiritual building – the Church (as Peter made clear before the religious authorities), and the Saviour of humanity, who has delivered us from the dominion of darkness. Therefore, in our darkest nights and failures, even in the present darkness of COVID-19 that has enveloped our world, the Lord Jesus comes to our rescue by standing on the shores of our lives to illumine, protect and restore our failing humanity. Thus, together with today’s Psalmist [Ps. 117(118):1-2,4,22-27], let us “give thanks to the Lord for he is good, for his love has no end…”