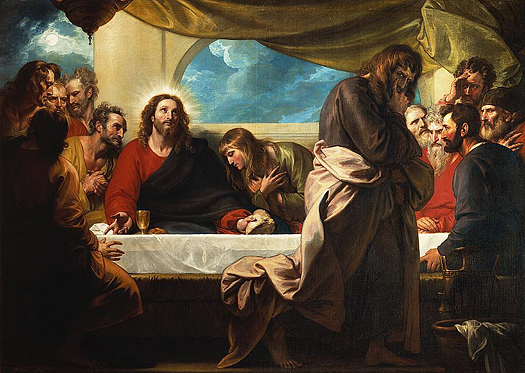 Traditionally, today, Wednesday of Holy Week is known as “Spy Wednesday”. This is so because before Jesus celebrated the Passover, a “spy” went out to betray him. This action by Judas earned him the title of “spy” by the medieval Christians, in accord with the traditional definition of the English word, “one who keeps secret watch on a person or thing to obtain information.” Therefore, from Wednesday onward, Judas secretly watched for a chance to turn Jesus over to the chief priests, since he had already been paid thirty silver pieces by the chief priests. This deep and abominable act of betrayal opens up today’s Gospel Reading (cf. Matthew 26:14-25). Interestingly, the synoptic gospels all include an account of the betrayal —Mark 14:10-12, Matthew 26:12-14, Luke 22:3-6.

Even in the face of betrayal, Jesus did not cease to do his Father’s will in accepting death freely for our salvation. Needless to say that he freely accepted death because in doing so he carries out his vocation and mission – the salvation of souls. In freely accepting death, even in the face of betrayal, Jesus fulfils the prophecy of the third song (poem) of the suffering Servant which we see in today’s First Reading (cf. Is. 50:4-9). Here, the work and tenacious faith of the Servant of God is described. God has given the Servant a disciple’s tongue to teach and encourage the people. God has given the servant an ear to hear God and to hear the people. While the Servant experiences violent opposition, he made no resistance, neither did he turn away. He offered his back to those who struck him, his cheeks to those who tore at his beard; he did not cover his face against insult and spittle, he was fully confident that he will triumph over his adversaries. In the face of all these, Jesus becomes the model of servant leadership. In fact, subsequently, at the table, Jesus will perform a servant’s act by washing the feet of his disciples. As a result, we see in Christ’s whole life, an act of service and offering to the Father.

Dear friends in Christ, it is unfortunate that the spirit of the ‘spying Judas’ is still alive in our world, today. Just as Judas seized the opportunity to seek for his selfish gain by betraying his Master to death; likewise, as humanity is faced with the threat of COVID-19, many “spying Judases” among us are busy seizing the opportunity to betray their own very people to death by manipulating and increasing the cost of goods and services arbitrarily for their selfish interests, making it extremely difficult for the poor to survive. We are hereby called to put away the ‘spying spirit of Judas’. And for those who have been ‘betrayed’ (marginalized) and suffering already in this critical time, may you learn to call upon the Lord with confidence like today’s Psalmist [Psalm 68(69):8-10,21-22,31,33-34]: “In your great love, O Lord, answer my prayers for your favour.”