QUESTIONS AND ANSWERS ON THE SUNDAY’S READINGS (14TH SUNDAY IN ORDINARY TIME, YEAR A) 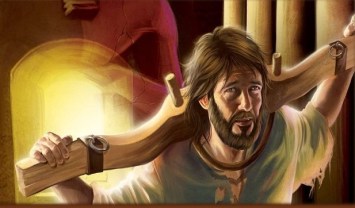 Why does the First reading from Zachariah promise the future king riding on a donkey instead of a horse which characterizes a king? What are they trying to portray?

The prophet began by announcing that the Lord would conquer Judah’s foes and liberate Judah. Then, he described Judah’s new king who would rule them in peace and prosperity. (Zechariah 9:1-8). Although this is interpreted as a Messianic prophecy and is applied to Jesus, the promised Messiah, in the days of Zechariah, the promise simply referred to an “anointed person,” or king, because anointing was the kernel of the royal enthronement ceremony in Judah. In those days, the king used a donkey for ceremonial rides in times of peace and a horse during wartime, indicating that the purpose of the King in Israel was not imperialism but justice and fidelity to a higher, invisible King — God. The donkey represented simplicity, stability and peaceful days of rest. Thus, the prophet was promising that the people enslaved by the Greeks and the Babylonians would have their long-awaited rest, peace and prosperity.

Why did Jesus portray himself as meek and humble of heart in the gospel of Matthew? Which biblical character parallels this reality?

In the Gospel according to Matthew, Jesus is understood as the New Moses, and in fact, one greater than Moses. Recall that in Numbers 12:3, Moses is said to be the meekest man on earth. Thus, in giving Israel the Law of God, he laid upon them the gentle yoke of the Law. Thus, in giving them the New Law enshrined in love, Jesus speaks of himself as “meek and humble of heart.” Therefore, Moses is the biblical character that parallels Christ’s “meekness.”

When we say a figure parallels another, it means that they are similar or analogous.

Why did Jesus ask his audience to come to him for rest? What could be said to be their experiences?

Treating both questions together:

The yoke of Christ is that of love.

The Pharisees, teachers of the law and Scribes took the gentle yoke of the Law of Moses (Decalogue) and multiplied it to 613; with 365 prohibitions and 248 obligations. This became a heavy yoke and burden for the people to bear. They found it difficult to live out the law as they ought to. They became oppressed and victimized. Nevertheless, Christ tells them to come to him that the law (yoke) he gives is very light and easy; and that is the yoke of love, summarizing all the commandments into 2 – the love of God and the love of the neighbour (see. Matt. 22:37)