ON THE SUPERIORITY OF ANGELS TO MEN 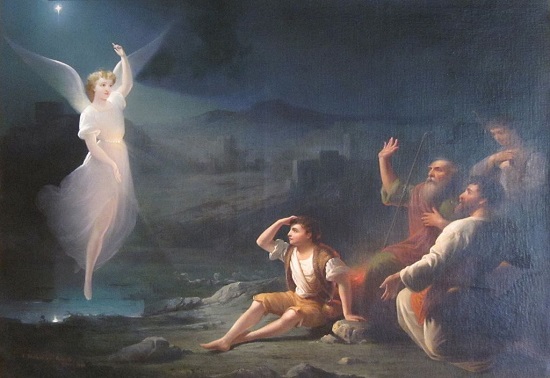 We must also note that angels (immaterial beings) do not die, but humans do. This reality is thus summarized by St. Thomas Aquinas in his work on Angelic Beings (which gave him the title of ‘Angelic Doctor’). For him, in the Order of Nature, angels are higher than men. The ‘hierarchy of being’ explains this well. It goes from the most material to the least material. So we have at the bottom elements vegetation then animals then man then angels then God. As you can see angels have less matter (actually no matter), therefore, they are higher than men in the order of nature.

Nevertheless, when it comes to the priesthood, we see that the ontology of man becomes higher than the angels. St. Francis of Assisi (the seraphic father) once said that if he met an angel and a priest at the same time, he would greet the priest first. This is because he is the representative of Christ himself. He has the power that angels and the most powerful civil rulers do not possess. The humblest priest by his words can convert ‘bread and wine’ into the Body and Blood of Christ. He can absolve a penitent from his sins at the Confessional, thus, help him obtain eternal salvation. However, angels cannot do this. Through the priestly ordination, an ontological change is said to have occurred in a priest (I will later write an article on this to clarify it better); thus, a priest becomes ‘alter Christus’ (raised above the dignity of angels) because his essence has been changed and configured to Christ who is higher than the angels.  Therefore, angels are higher than men (except Catholic priests who have been raised above the angels through the privilege of Priestly Ordination).

Some might be tempted to ask, but what about the Pauline passage which says that men will judge the angels? Is that not a sense of superiority on the part of men in relation to the angels? Now, I will humbly advise that we desist from taking biblical passages out of contexts, but endeavour to understand the biblical texts within the context they appear. In addressing this question, we see that Paul is noted to have written: “Do you not know that we are to judge angels? How much more, then, matters pertaining to this life” (1Corinthians 6:2-3). Here, the context is, as evidenced by preceding verses, whether the believers should sue each other in the courts of the pagans: “Is one of you with a complaint against another so brazen as to seek judgement from sinners and not from God’s holy people? Do you not realise that the holy people of God are to be the judges of the world? And if the world is to be judged by you, are you not competent for petty cases? Do you not realise that we shall be the judges of angels? – then quite certainly over matters of this life.” (1Corinthians 6: 1-3). Apparently, the holy angels have no sin, and thus cannot be judged (as per being condemned) by men; nevertheless, the evil angels would be judged and condemned, and the Scriptures make us understand that only God is responsible for their judgement, not by men (see (Isaiah 24:21-22; 2 Peter 2:4; Jude 1:6; Revelation 21:10). Thus, in saying that ‘men would be judges of the angels, what does Paul mean? The Greek word for “judge,” (krino), also means “to rule or govern.” This strongly implies that we will have authority and rule over the holy angels at the end of time. Thus, Paul reminded the believers of their dignity and glory that lies at the end of time, and thus, it would be meaningless to take their disputes to the courts of the pagans for settlement.