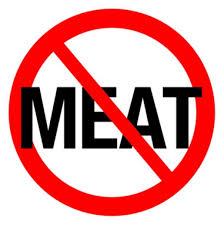 The divine law BINDS all the Christian faithful to do penance each in his or her own way. In order for all to be united among themselves by some common observance of penance, however, penitential days are prescribed on which the Christian faithful devote themselves in a special way to prayer, perform works of piety and charity, and deny themselves by fulfilling their own obligations more faithfully and especially by observing fast and abstinence, according to the norm of the following canons:

1. Can. 1250: The penitential days and times in the universal Church are every Friday of the whole year and the season of Lent.

4. Can. 1253: The conference of bishops can determine more precisely the observance of fast and abstinence as well as substitute other forms of penance, especially works of charity and exercises of piety, in whole or in part, for abstinence and fast.

It is thus a matter of divine law that the faithful are to do penance (a fact we could have determined from Scripture), and the regulations regarding fast and abstinence are simply the Church’s specification of this divine requirement, made in keeping with Jesus giving the church the power to bind and loose (Matt. 16:18, 18:18).

Thus, one must substantially observe the law of abstinence on such days, and the obligation to do so is a grave one, meaning that it satisfies the condition of grave matter required for mortal sin. If one knowingly and deliberately fails in this obligation then one has committed mortal sin.