ON THE DOCTRINE LIMBO AND SHEOL 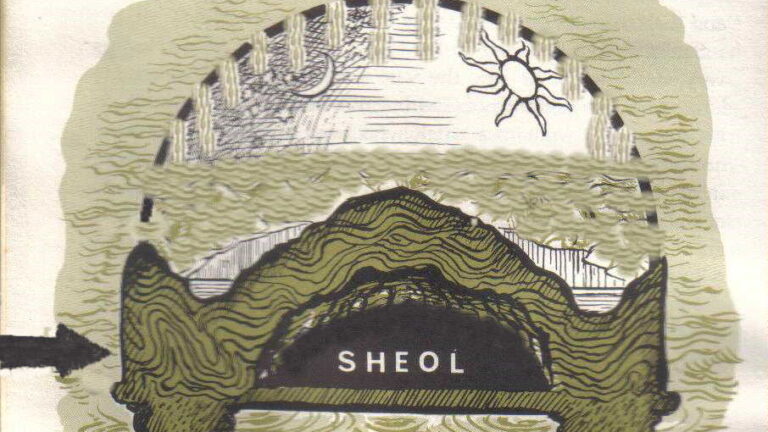 “Please I wish to be enlightened on the topic: “limbo.” The book of Psalms mentions severally a place called “Sheol.” Is it the same as limbo? Does limbo still exist?

While the concept of Sheol (from Hebrew שְׁאוֹל‎, שְׁאֹל‎ (sheól) is biblically understood as the “abode of the dead, underworld, netherworld,” etc., the concept of limbo in the Catholic Church has left a lot of controversies, ranging from the simple Catholics to theologians due to the fact that it is a theological hypothesis. The term “Limbo” does not appear in the Bible, however, it affirms that admittance to Heaven is only possible through the intervention of Jesus Christ. Hence, for a better understanding of this concept, it is pertinent to trace it to its Etymological derivation. The concept “Limbo” is from the Latin word “limbus”, meaning: edge or boundary, as in the edge of a cloth etc. Hence, in the theology of the Catholic Church, it refers to the “edge” of Hell. Put differently, it is a speculative idea about the afterlife condition of those who die in “original sin” without being assigned to the Hell of the Damned (hellfire). Referring to the edge of hell does not imply the popular idea of hellfire which many of us are bound to conceive in mind. For better clarification, let us take a proper look at the concept of “hell” or Sheol as the case implies.

Sheol is equivalent to Hades which is equivalent to “Hell” and is understood to have two areas: The Abode of the Just (or Abraham’s Bosom), and Gehenna (Hellfire, where the souls of sinners are eternally punished after death). Between these two, there exists an uncrossable chasm (cf. Lk. 16:26) which separates those who have been faithful to the Lord and those who have not.

The Abode of the Just or Abraham’s Bosom is known as the Limbo of the Patriarchs. It is a temporary place where the souls of the just who died in the friendship of Christ were detained before Christ but could not enter Heaven until redemption by Jesus Christ made it possible. Remember, Christ said: no one has gone to heaven, only the Son of man who came down from heaven (John 3:13). This Limbo of the Patriarchs can be seen in the scriptures as implicit in some references. For example, Luke 16:22 speaks of the “bosom of Abraham,” which both the Latin Church and the Eastern Orthodox Church, following early Christian writers, understand as a temporary state of souls awaiting entrance into Heaven. This bosom of Abraham was the temporary place of rest for the just, as seen in the story told by Christ about the rich man and Lazarus. Christ did not say that Lazarus went straight to heaven, no, he said he went to the bosom of Abraham. Also, in describing Christ’s descent into hell, the Catechism of the Catholic Church, CCC states: “Scripture calls the abode of the dead, to which the dead Christ went down, ‘hell’ – Sheol in Hebrew or Hades in Greek – because those who are there are deprived of the vision of God. Such is the case for all the dead, whether evil or righteous, while they await the Redeemer: which does not mean that their lot is identical, as Jesus shows through the parable of the poor man Lazarus who was received into ‘Abraham’s bosom’: ‘It is precisely these holy souls, who awaited their Saviour in Abraham’s bosom, whom Christ the Lord delivered when he descended into hell.’ Jesus did not descend into hell to deliver the damned, nor to destroy the hell of damnation, but to free the just who had gone before him” (CCC #633). This part of hell/Sheol that he descended is called “Limbo” (That is, Limbo of the Patriarchs). This is evident with the gospel passage that tells of the scene immediately after the death of Christ on the cross (cf. Matt. 27: 51-53:): “And behold, the veil of the temple was torn from the top to the bottom, and the earth did quake, and the rocks rent and the graves were opened, and many bodies of the saints which ‘SLEPT’ arose…” I want us to take note of the word “slept” or “rest” as it may appear in some versions. That rest is what we come to understand as resting in Limbo.

Aside from this doctrine of the limbo of the Patriarchs, there is another doctrine of the ‘limbo of infants’ (Latin, limbus infantium or limbus puerorum) is a hypothesis about the permanent status of the unbaptized who die in infancy, too young to have committed personal sins, but NOT freed from original sin. While the Catholic Church has a defined doctrine on original sin, it has none on the eternal fate of unbaptized infants. However, the Church recommends these unbaptized departed infants to the loving mercy of God who is slow to anger and rich in mercy.

Having explained these doctrines, we can now answer the questions directly. Sheol is not the same as limbo, but it suffices to say that limbo is part of Sheol. And while the limbo of the patriarchs has ceased to exist, the limbo of infants still exists, being the state of the unbaptized infants.