ON THE DOCTRINE OF THE IMMACULATE CONCEPTION OF THE BLESSED VIRGIN MARY (MISCONCEPTIONS, CLARIFICATIONS AND BIBLICAL JUSTIFICATIONS) 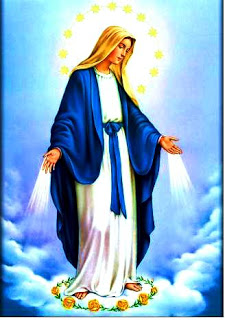 ON THE
DOCTRINE OF THE IMMACULATE CONCEPTION OF THE BLESSED VIRGIN MARY
(MISCONCEPTIONS, CLARIFICATIONS AND BIBLICAL JUSTIFICATIONS)

“We declare, pronounce, and define that the doctrine which holds that the
most Blessed Virgin Mary, in the first instance of her conception, by a
singular grace and privilege granted by Almighty God, in view of the merits of
Jesus Christ, the Saviour of the human race, was preserved free from all stain
of original sin, is a doctrine revealed by God and therefore to be believed
firmly and constantly by all the faithful.” (-Apostolic Constitution of Pope Pius
IX solemnly defining the dogma of the Immaulate Conception, 8 December 1854.)