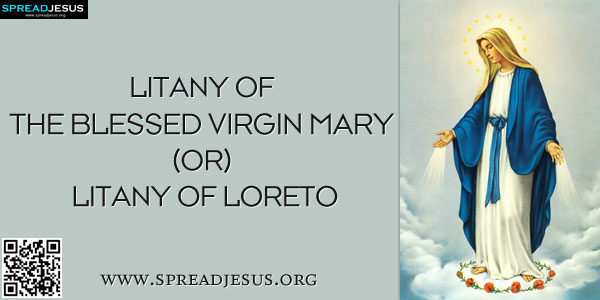 Many Catholics usually say the Litany of Our Lady after the Rosary, but few are well aware of the great theological and symbolic values of their invocations. While several of the invocations are obvious nor would they need any explanation; however, many Catholics would find a hard time understanding many of the invocations, such as: “Tower of David”, “Mirror of Justice”, “Seat of Wisdom”, “House of Gold”, etc. Why “Tower of David” and not “Tower of Abraham or Moses?” Why “Mirror of Justice?” What connection does our Lady have with all these titles? What is the origin of these invocations? Wouldn’t it be spiritually more beneficial to invoke her titles knowing their meanings? During the month of May, I took out my time to explain a greater part of these titles. Therefore, as we journey through this Marian month of October, I shall explain the meaning of the remaining titles: “Gate of heaven, Morning star, Health of the sick, Refuge of sinners, Comforter of the afflicted, Help of Christians, Queen of Angels, Queen of Patriarchs, Queen of Prophets, Queen of Apostles, Queen of Martyrs, Queen of Confessors, Queen of Virgins, Queen of all Saints, Queen conceived without original sin, Queen assumed into heaven, Queen of the most holy Rosary, Queen of families, Queen of peace.” Before delving into their meaning, it is pertinent to consider its origin and composition.

The word ‘litany’ is derived from the Latin ‘litania’, which springs from Ancient Greek ‘λιτανεία’ (litaneía) coming from λιτή (litê), meaning “supplication”. Litany, in Christian worship and some forms of Judaic worship, is a form of prayer used in services and processions and consisting of a number of petitions. It is a kind of call-and-response prayer, where invocations and supplications uttered by the person leading the prayer are answered by the congregation. The most notable use of litanies in Jewish liturgy are during the “Ten Days of Repentance.” The Ten Days of Repentance are the days between ‘Rosh Hashana’ (the Jewish New Year) and ‘Yom Kippur’ (The Day of Atonement). Therefore, during this period, ‘supplicatory prayers’ (litanies) such as ‘Avinu Malkeinu,’ are recited during the ‘Rosh Hashanah’ and ‘Yom Kippur’ liturgies. Also, certain ‘Selichot’ prayers also take the form of a litany during the Jewish month of Elul.

From the foregoing, it becomes clear why the Church (carved out from Judaism) since its earliest times prays in a litany-like (supplication – call and response prayer) form. This is seen in the faithful who went in procession to the different churches. There are, of course, numerous litanies, depending on what is requested in the various processions. One of the many litanies we have is that of the Blessed Virgin Mary, also known as Litany of Loreto.

The Litany of Loreto was composed by pilgrims. It all began in the year 1291, when the house in which Our Lady lived in Palestine was said to have miraculously transported to the city of Loreto (Italy), the happy news spread quickly, initiating numerous pilgrimages. As time went by, a series of pleas to Our Lady was composed by the pilgrims who went there to invoke her intercession. Subsequently, this litany was sung daily at the Sanctuary of Loreto, and the pilgrims who returned from there popularized it throughout the Catholic world overtime. This litany is called ‘lauretana’ because it has its origin in Loreto, Italy. It is also important to note that not all were composed in Loreto. Some invocations have been added by the Popes throughout the ages. Apparently, some extra invocations/titles are added by some regions to honour the protection of Our Lady or denote an affiliation to her but the central body of litanies remains the same.

In the light of its composition, we notice that at the beginning of the Lauretana, the invocations are not addressed to Our Lady, but to Our Lord and the Most Holy Trinity; for we say, Lord, have mercy on us, Christ, have mercy on us, etc., after which we invoke the Eternal Father, the Son and the Holy Spirit. Why is this so? Everything in Our Lady leads us to her divine Son, and through Him to the Most Holy Trinity, which is our ultimate end. This is something that non-Catholics do not understand or do not want to understand, for many of them see the Litany prayer already as a deviation, because to them, a lot of honour is given to Mary more than the Trinity, but they are wrong. After the introduction of the litany (to our Lord and the Trinity), three invocations follow, in which we pronounce the name of our Lady (Holy Mary) and remember two of her main privileges: being Mother of God and Virgin of Virgins. Next, there is a group of invocations to honour Our Lady’s Maternity, and another group of invocations to honour Her Virginity. Then, some invocations of her mercy and a group of invocations of her as a glorious and powerful Queen.

Obviously, the invocations with symbolic figures are quite difficult to understand. Probably, our civilization has become closed to symbolism, and what could even be evident in other times, today has been obscured by the exclusivity granted to the practical spirit. Contemporary life itself contributes to this. So, for example, it would be difficult to explain to a people who live in closed and dangerous cities, the beauty of a star or the significance of the moonlight, so also it is when we talk about some titles of our Lady in this modern age.

Therefore, my dear friends in Christ, I invite you to journey with me in these coming days of the month of October in understanding better her titles as contained in the litany.

O Most Holy Virgin Mary, Queen of the most holy Rosary, you were pleased to appear to the children of Fatima and reveal a glorious message. We implore you, inspire in our hearts a fervent love for the recitation of the Rosary. By meditating on the mysteries of the redemption that are recalled therein may we obtain the graces and virtues that we ask, through the merits of Jesus Christ, our Lord and Redeemer. Amen.

Thanks for this Padre, we eagerly await and are ready to journey with you this October… Happy month of October and happy Independence Day… I want to also use this medium to seek the intercession of our Mother Mary, Queen of Nigeria to pray for us, amen

May she continually intercede for you. Amen

Queen of all hearts

Thanks so much Fada for this insight to the litany of our Mother Mary. May our Mother always intercede for us. Our Mother Mary Queen of the holy rosary pray for us.

Our Lady of the Holy rosary pray for us Amen

Praying and learning at the same time! What a wonderful way to honour Our Lady in this month of October
Thank you Padre for this privilege

We appreciate your good works Padre.
May God help me to follow up as I did two years ago

Dear Mother pray for us, that we may be made worthy of the promises of Christ,