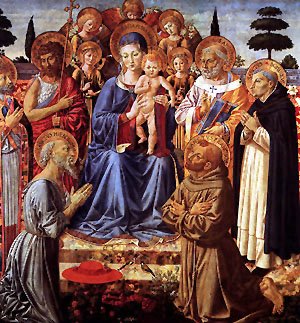 In explaining its etymology and primitive meaning, the New Advent Catholic Encyclopaedia (Online) states: “The word confessor is derived from the Latin confiteri, to confess, to profess, but it is not found in writers of the classical period, having been first used by the Christians. With them it was a title of honour to designate those brave champions of the Faith who had confessed Christ publicly in time of persecution and had been punished with imprisonment, torture, exile, or labour in the mines, remaining faithful in their confession until the end of their lives. The title thus distinguished them from the martyrs, who were so-called because they underwent death for the Faith.” Following this, even “martyrs” could be called “confessors”; however, the “confession” of martyrdom is so special and great because it intends giving up of one’s life; hence, the title – “martyr.” Nonetheless, the title “confessor” is reserved for those who gave a testimony of great love, without, shedding their blood and dying for Christ. In this light, St. Augustine, who wrote a beautiful book with the title “Confessions,” clearly delineates that the confession does not only refer to the declaration of faults, but also to the proclamation of praises. Thus, the book of “Confessions,” much to the chagrin of the modern reader, who perhaps preferred a narrower and more followed narrative of events, is all interspersed with religious elevations, requests for forgiveness, thanksgiving, praise to the Lord. For Augustine, men who by their words and actions, constantly praise and declare their faith in God, with all possible love, are called “confessors.” 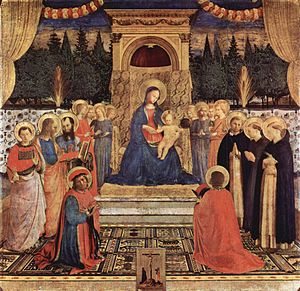 After the apostles and martyrs, confessors of the faith have been venerated in their holiness since the dawn of Christianity. From the 4th century, when persecution against Christians ceased and, naturally, the number of martyrs decreased, the category of “Confessors of the Faith” began to be venerated for their testimony of holiness. A confessor was one who gave public and notorious testimony of his faith, especially for his testimony of the Christian life. Although, initially, only martyrs received the “cult of “holiness” for following Jesus to the cross, gradually the Church understood that there are other forms of martyrdom that can make one a missionary-disciple of Jesus Christ. The act of confessing faith in words and gestures is a way of being holy, that is, configured to Jesus.

In the Church’s liturgy, confessors are always men. In women, however, the Church prefers to emphasize other qualities which they also possess, and calls them “virgins”, or “martyrs”, or “holy women”, or “religious.” Of these holy men considered as confessors, the Blessed Virgin is regarded as their “Queen”; not only because they inspired the Church with their “confessions” of love and thanksgiving, praise and testimony, but also because they counted on our Lady’s continued protection and presence. It is an impressive historical fact, the long, interminable procession of saints who looked up to Mary for their model and security. Many Religious Orders and Congregations were inspired by Marian honour and examples: the Augustinians, the Carmelites, the Servites, the Dominicans, etc., are said to have received the religious habit from the Blessed Virgin Mary as her fervent devotees. 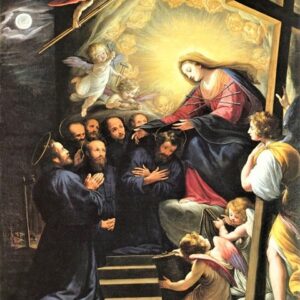 Initially, the Confessors of the Faith were recognized by the local bishop, who had “Vox populi” (voice of the people) as one of the criteria; that is, the reputation of holiness that the person had among the people. Put differently, those recognized for their holiness among the faithful began to be spontaneously revered as “saints” without the need for a long and thorough process of “beatification” and “canonization.” From the 10th century onwards, official recognition of holiness began to be made by Rome. From the 16th century onwards, all processes of recognition of holiness started to be carried out by the Congregation for the Cause of Saints in Rome.

The Blessed Virgin Mary is the Queen of the Confessors of the Faith; that is, of all those who are not afraid to give public testimony that they believe in Jesus and live what He preached, more than that, live as Christ lived. We could even say that Mary was the first confessor of the faith because she lived her whole life professing her faith in God (“I am the handmaid of the Lord, let it be done to me as you have said.” Lk. 1:38), and putting the Word of God into practice (cf. Lk 11:27-28), to the extent that she suffered grievously on account of her faith in Christ at the Calvary. Her testimony and holiness are all special. Mary remained “blessed among all women” (Lk. 1:42) on earth because she responded to God’s plan. She heard the Word of God and kept it. At the wedding feast at Cana, she said to the servants: “Do whatever He tells you” (Jn. 2:5) – this was actually a confession of the Faith; it is to listen carefully to the Word of God and to incarnate it in our gestures, in our daily lives. 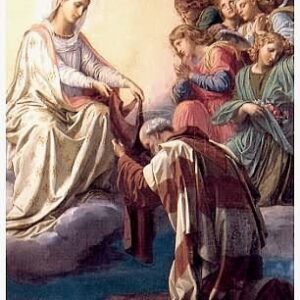 Dear friends in Christ, Mary is the queen of everyone who strives to bear witness to the faith. When you relate to a co-worker and are not ashamed to say that you are happy to be a practising Catholic, that you read your Bible, that you pray at home, that you go to Mass, that you pray your rosary; then, you are publicly professing your faith in Christ as a “confessor.” When you bear witness to the gospel with acts of charity, justice, and solidarity that you love the poor and see in them the image of Christ himself, you are being a “confessor.” To confess the faith is to seek holiness. We do not seek vain-glory or recognition; for no one lights a lamp and hides it under the bed. People need to understand our testimony through acts of confessing our great, unalloyed, and undying love for Christ.

O God, grant us the grace to always confess and praise your loving-kindness concretely as a response to the faith we have professed in Christ just as the Blessed Virgin Mary (Queen of Confessors) did all through her life. Through her intercessions, may we come to share in Your divine life as confessors of the faith. Amen 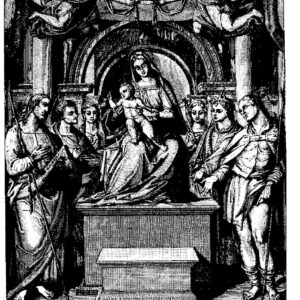 Oh “Queen of Confessors” (Regina Confessorum), pray for us that we may be made worthy of the promises of Christ. Amen.

OCTOBER DEVOTION: UNDERSTANDING THE MARIAN TITLES IN THE LITANY OF LORETO (PART 2) – DAY 20: “QUEEN OF THE FAMILY” (REGINA FAMILIAE)

When you bear witness to the gospel with acts of charity, justice, and solidarity that you love the poor and see in them the image of Christ himself, you are being a “confessor.”

When you relate to a co-worker and are not ashamed to say that you are happy to be a practising Catholic, that you read your Bible, that you pray at home, that you go to Mass, that you pray your rosary; then, you are publicly professing your faith in Christ as a “confessor.”