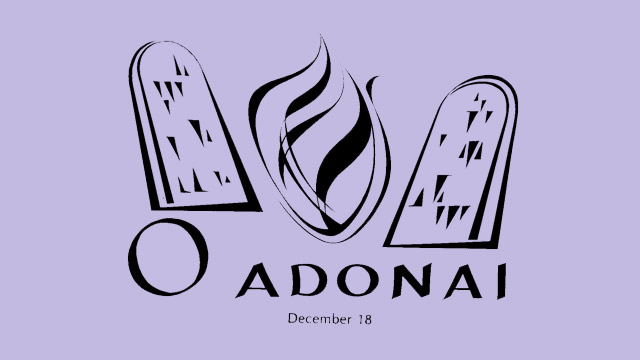 Today’s supplication to Christ at Mass and at Vespers goes thus: 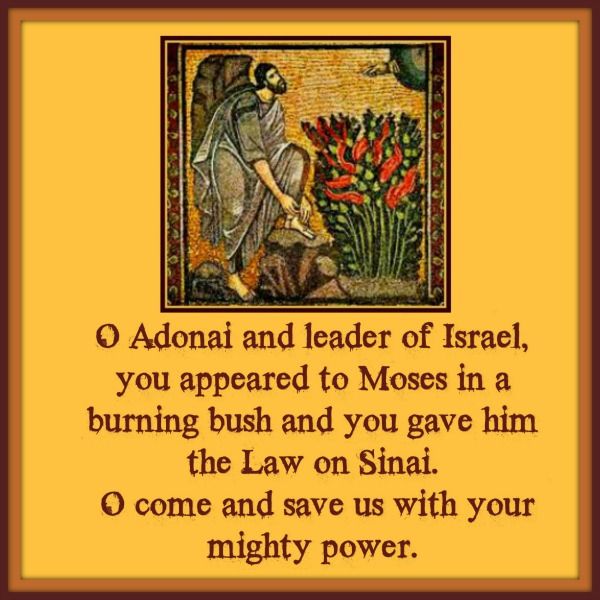 “O Adonai and leader of Israel, you appeared to Moses in a burning bush and you gave him the Law on Sinai. O come and save us with your mighty power”

Dear friends, the revelation of the Holy name Adonai (Lord) as the guide of the house of Israel will mean for the people of God, the “memorial” of the divine deeds of deliverance, from Egypt to the promised land. Here, God is seen as the deliverer of a people who had long waited for his intervention (cf. Ex 6:6; Deut. 16:5-9). For us Christians, this expectation is a reality; that is why in fulfilling this promise truly, Mary conceived the child (Adonai) by the Holy Spirit and remained holy; she is as holy as the land (around the burning bush) where the holy name was revealed. Thus, the Lord (Adonai) came and liberated his people from sin by offering his life for the ransom of all; thereby, calling us to a life of holiness.