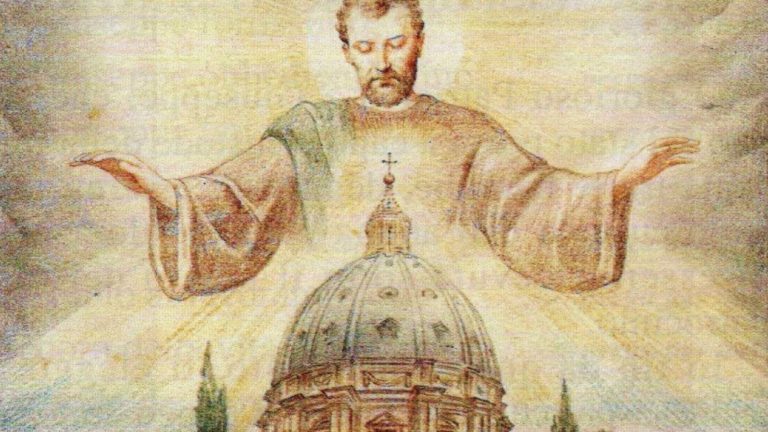 In the year 1870, St. Joseph was declared “Patron of the Universal Church” by Pope Pius IX. As a follow-up, in 1889, Pope Leo XIII issued an encyclical, emphasizing the importance of Saint Joseph in the life of the Church; he writes: “The Blessed Patriarch looks upon the multitude of Christians who make up the Church as confided specially to his trust—this limitless family spread over the earth, over which, because he is the spouse of Mary and the father of Jesus Christ he holds, as it were, a paternal authority. It is, then, natural and worthy that as the Blessed Joseph ministered to all the needs of the family at Nazareth and girt it about with his protection, he should now cover with the cloak of his heavenly patronage and defend the Church of Jesus Christ.” 100 years later, in the encyclical “Redemptoris Custos”, Pope St. John Paul II called on the Christian faithful to trust in Joseph’s patronage and to “always keep before their eyes his humble, mature way of serving and of ‘taking part’ in the plan of salvation.”

Dear friends in Christ, the world we live in today is filled with miseries and challenges which would make stronger hearts than ours quake with fear. Unfortunately, these modern time challenges continue to threaten the Church of Christ and the faith of her members; nevertheless, since the primary role of a patron is to lend credibility and support, the Church continues to draw her support and vigour from the paternal care and intercession of St. Joseph. Thus, in praying for the Church, we should remember to seek the intercession of St. Joseph.

Prayer: Lord Jesus Christ, you promised to be with your Church until the end of time. Whenever our faith is threatened by the difficulties of the modern world, grant us the grace to always trust in your promise, and be strengthened by the constant intercessions of St. Joseph in heaven. Amen.