NOVENA TO SAINT JOSEPH – DAY 2: “GO TO JOSEPH” (On the need of reawakening devotion to St. Joseph) 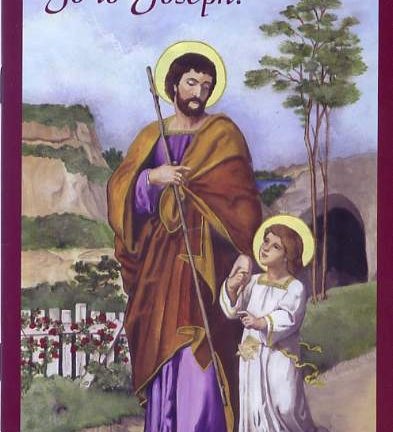 To the people who were suffering from the famine in Egypt, the Pharaoh said: “Go to Joseph, do what he tells you” (Gen. 41:55). And Joseph, the most important personality of the kingdom after the Pharaoh and custodian of his treasures, distributed goods that had been accumulated in times of abundance. In the same way, “St. Joseph in the New Testament is one whom God has entrusted His most precious treasures: Jesus and Mary”(cf. Bro. Bartholomew Calvano, OP). In consonance with the foregoing, Pope Pius IX in declaring St. Joseph Patron of the Universal Church (in Quemadmodum Deus), explains: “As Almighty God appointed Joseph, son of the patriarch Jacob, over all the land of Egypt to save grain for the people, so when the fullness of time had come and He was about to send to earth His only-begotten Son, the Saviour of the world, He chose another Joseph, of whom the first had been the type, and He made him the lord and chief of His household and possessions, the guardian of His choicest treasures.”

“Go to Joseph” (Ite ad Joseph) – the Magisterium of the Church tells us, and the saints repeat to us (See the following documents: “Redemptoris Custos” of Pope John Paul II; “Quamquam Pluries” of Pope Leo XIII; “Inclytum Patriarcham” of Pope Pius IX; “Quemadmodum Deus” of Pope Pius IX; “Bonum Sane” of Pope Benedict XV; “Le voci” of Pope John XXII). Therefore, the Church invites us to have recourse, with unreserved confidence, to this powerful saint. In all our necessities, whether of soul or body — in all the trials and anxieties we may have to go through — let us have recourse to St. Joseph, and we shall not be disappointed.

Prayer: Lord God, you chose Joseph as the custodian of your choicest treasures on earth; grant, we pray that your Church on earth would always have recourse to this great saint and patriarch, and continually foster devotions to him till the end of time. Amen.