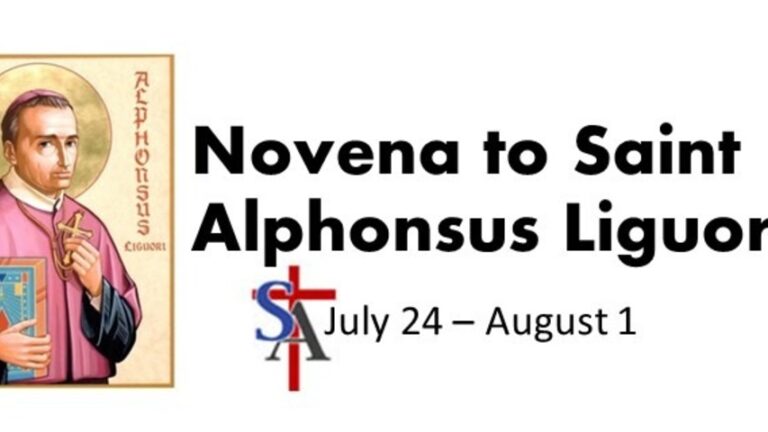 “Is there anyone who does not know the power of Mary’s prayers with God? The law of clemency is on her tongue. Every prayer of hers is as a law established by our Lord, that mercy shall be exercised towards those for whom Mary intercedes.”
—St. Alphonsus 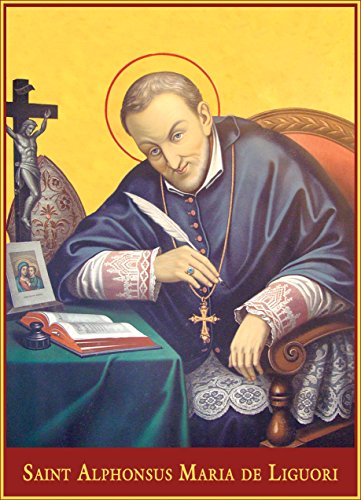 While the continual intensity of reiterated acts of virtue which we have called driving-power is what really creates sanctity, there is another indispensable quality. The extreme difficulty of the lifelong work of fashioning a saint consists precisely in this, that every act of virtue the saint performs goes to strengthen his character, that is, his will. On the other hand, ever since the Fall of Man, the will of man has been his greatest danger. It has a tendency at every moment to deflect, and if it does deflect from the right path, the greater the momentum the more terrible the final crash. Now the saint has a very great momentum indeed, and a spoiled saint is often a great villain.

To prevent the ship from going to pieces on the rocks, it has need of a very responsive rudder, answering to the slightest pressure of Divine guidance. The rudder is humility, which, in the intellect, is a realization of our own unworthiness, and in the will, docility to right guidance. But how was Alphonsus to grow in this so necessary virtue when he was in authority nearly all his life? The answer is that God kept him humble by interior trials. From his earliest years he had an anxious fear about committing sin which passed at times into scruple.

He who ruled and directed others so wisely, had, where his own soul was concerned, to depend on obedience like a little child. To supplement this, God allowed him in the last years of his life to fall into disgrace with the pope, and to find himself deprived of all external authority, trembling at times even for his eternal salvation. St. Alphonsus does not offer as much directly to the student of mystical theology as do some contemplative saints who have led more retired lives. Unfortunately, he was not obliged by his confessor, in virtue of holy obedience, as St. Teresa was, to write down his states of prayer; so we do not know precisely what they were. The prayer he recommended to his Congregation, of which we have beautiful examples in his ascetical works, is affective; the use of short aspirations, petitions, and acts of love, rather than discursive meditation with long reflection. His own prayer was perhaps for the most part what some call “active”, others “ordinary”, contemplation. Of extraordinary passive states, such as rapture, there are not many instances recorded in his life, though there are some. At three different times in his missions, while preaching, a ray of light from a picture of Our Lady darted towards him, and he fell into an ecstasy before the people. In old age he was more than once raised in the air when speaking of God.

His intercession healed the sick; he read the secrets of hearts, and foretold the future. He fell into a clairvoyant trance at Arienzo on 21 September, 1774, and was present in spirit at the death-bed in Rome of Pope Clement XIV… (To be continued) 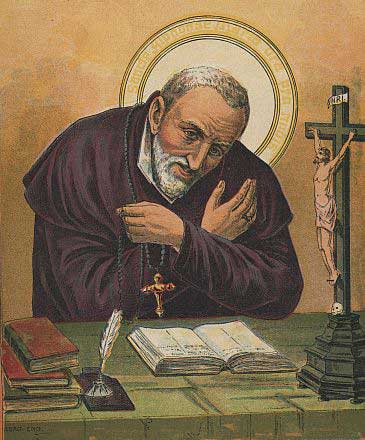 Saint Alphonsus Liguori, pray for us!