MAY DEVOTION: UNDERSTANDING THE MARIAN TITLES IN THE LITANY OF LORETO – DAY 28: “TOWER OF DAVID” (TURRIS DAVIDICA) 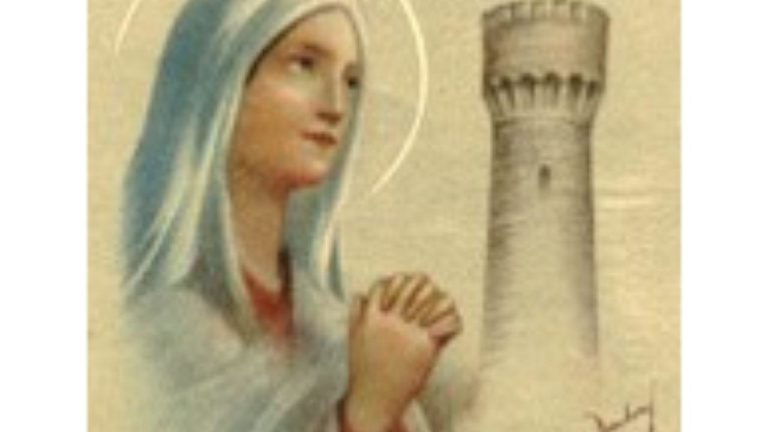 As we journey through the Litany of Loreto, we find out that each invocation hides in its metaphors one of Mary’s virtues. We repeat these invocations with the desire to apply these virtues in our own lives. However, how could we apply these virtues if we do not know their meaning? As we station around the title: “Tower of David” (Latin, Turris Davidica) today, the twenty-ninth day of our May Devotion, we readily return to the Scriptures in an attempt to understand it better. Thus, what could this invocation “Tower of David” mean?

In an attempt to understand this title, the first book of Maccabees, chapter 1, verses 33 and 34 comes to mind. There, we find the following statement: “The city of David, fortified with solid towers, has become an invincible fortress.” In those days, ancient cities needed walls to defend themselves against the enemy’s attacks. In these walls, towers were raised where the sentries guarded night and day. Only in a well-fortified city could people feel safe. Likewise, in the life of our Lord Jesus Christ, the Son of David, the Blessed Virgin Mary becomes the strong woman that God placed as a sentinel around him – a strong tower, the ‘Davidic Tower.’ She is the “Tower of David” because she is full of grace and strong enough like the towers built in the city of David to resist sin and the strength of the evil one, and consequently protect her children.

Also, the book of the Song of Songs compares the beauty of women to the imposing beauty of the Tower of David (cf. Song of Songs 4:4): “Thy neck is as the tower of David, which is built with bulwarks; a thousand bucklers hang upon it, all the armour of valiant men.” Does this remind us of the reference we make to Our Lady in her Catena? “…Fair as the moon, bright as the sun, terrible as an army set in a battle array” (Song of Songs 6:9)

Thus, invoking Our Lady as the “Tower of David” is a way of recognizing her as one sent by God to guard our spiritual lives against evil just as she guarded that of the Son of God. Therefore, we must invoke her intercession because our enemy, “the devil is prowling around like a roaring lion looking for someone to eat” (1Pet. 5:8). It follows then, that whoever has Mary in his life can feel like the people of a well-fortified city, with tall towers where watchmen guarantee security, night and day, needing nothing to fear.

Oh “Tower of David” (Turris Davidica), pray for us that we may be made worthy of the promises of Christ. Amen.

O Tower of David, defend me from the snarls of the enemy and may I always feel safe knowing that I have you, O Blessed Virgin. Amen.

O ‘Tower of David’ protect me from every evils that is known to thee. Amen