MAY DEVOTION: UNDERSTANDING THE MARIAN TITLES IN THE LITANY OF LORETO – DAY 26: “SINGULAR VESSEL OF DEVOTION” (VAS INSIGNE DEVOTIONIS) 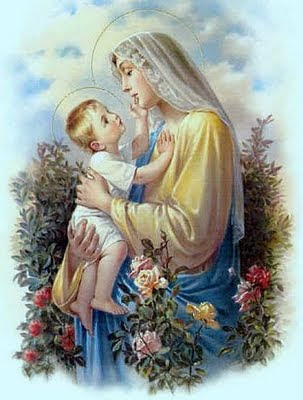 As stated two days ago, carefully following the invocations of the Litany of Loreto, we realize that three times it receives the title of “vessel.” We have already reflected on the meaning of the first two invocations: “Spiritual Vessel” and “Vessel of Honour.” Today, being the twenty-sixth day of our May Devotion, we are stationed on the third invocation: “Singular Vessel of Devotion” (Latin, Vas Insigne Devotionis). Now, to understand this title better, it is pertinent to gaze at the Latin derivative, which is far deeper than the English translation.

First, the Latin term “devotionis,” is the genitive singular of “devotio” according to “Wikitionary Free Dictionary.” “Devotio” is (according to the “Online Etymology Dictionary”) “a noun of action from past participle stem of ‘devovere,’ meaning: dedicate by a vow, sacrifice oneself, promise solemnly.” The same dictionary explains that it is also “an act of religious worship, a religious exercise.” Also, the Latin term ‘insignia’ is “a neuter plural of insigne, meaning ‘badge of honour’ or office, mark, proof, sign, token,” from in- “in” + “signum” = ‘identifying mark, sign,’ meaning ‘distinguished by a mark, significant, remarkable, prominent, extraordinary.”

Sequel to the antecedent, we could see that the title is quite deeper than just “Singular Vessel of Devotion.” Therefore, when we invoke our Blessed Virgin Mary under this prominent title, we talk of her distinction or being distinguished; that is, successful, authoritative, significant, commanding great respect, honour, prominence; and a sure mark/sign of total dedication and faithfulness to God’s service.

Devotion is an expression of love. It was for the purest love for the Blessed Trinity that our Blessed Mother availed herself totally as “Singular Vessel of Devotion,” for the benefit of humankind. A devotee is someone dedicated, available, with an open heart, just like Our Lady. Hence, when Our Lady is invoked as “Singular Vessel of Devotion,” we do not make her the object of our worship or devotion; on the contrary, we recognize her as a model of one who devoted herself totally to God’s service, from Nazareth to Calvary, to Pentecost and beyond. In other words, she is the only person in human history that followed Christ her Son before, during and after his ministries in total dedication to God. This is true devotion.

Unfortunately, today we witness the sad picture of mothers who are not “dedicated maternally” to their children. Many are not even ready to be mothers in the Christian way. There are even those who kill their children when they are born or simply abandon them. In some countries/regions, “abortion” insists on being qualified as “legal.” It is a total lack of devotion. The invocation “Vas Insigne Devotionis” (as one would say in Latin), reminds us of the model of a woman who had everything to be rejected by her spouse and by the society because of her pregnancy without the knowledge of her spouse, yet she did not abort the Son of God. More than that, she welcomed him with total devotion.

Above all, devotion is also the same as consecration. Mary lived in “total consecration” to God. Her dedication, consecration or devotion encourages us to take this step and live as devotees, practitioners, activists, consecrated souls, religious, laity, clerics, politicians, parents, children, etc.

O Lord, the Blessed Virgin Mary devoted herself totally to you with an undivided heart. Grant that by imitating her and invoking her title, we may come to devote ourselves for God’s service. Amen.

Oh “Singular Vessel of Devotion” (Vas Insigne Devotionis), pray for us that we may be made worthy of the promises of Christ. Amen.