MAY DEVOTION: UNDERSTANDING THE MARIAN TITLES IN THE LITANY OF LORETO – DAY 25: “VESSEL OF HONOUR” (VAS HONORABILE) 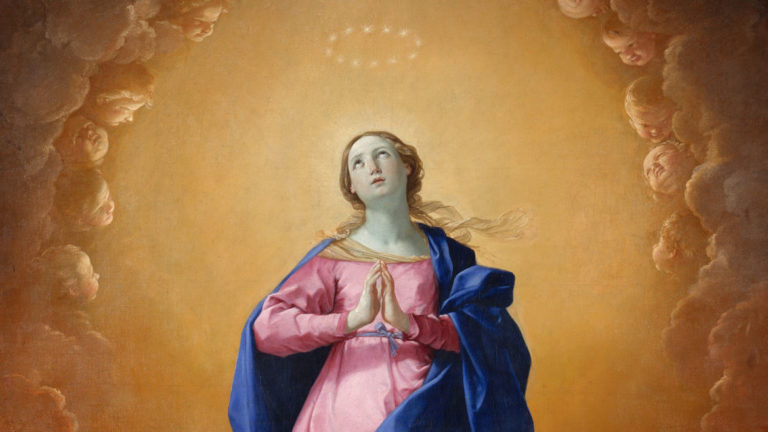 After invoking the Blessed Virgin Mary as “Spiritual vessel”, the Litany calls her “Vessel of Honour” (Latin, Vas honorabile). At this point, we have already seen that invoking Mary as a “Vessel” means to recognize her humanity; nevertheless, filled with the Holy Spirit and power (cf. Lk. 1:35); as such – “Spiritual Vessel.” It is also recognizing that we ourselves are vessels in need of the constant power and grace of the Holy Spirit, the Divine Potter. Now, how can we understand the adjective: “Honorific,” as in “Vessel of Honour” in relation to the Blessed Virgin Mary? Wouldn’t it be the denial of humility that marked Mary’s life? Today, being the twenty-fifth day of our May Devotion, we shall take a quick glance at this title and answer the question posed by this title.

First, invoking the Blessed Virgin Mary as “Vessel of Honour” is not a denial of her humility; on the contrary, it was because she was the servant (“handmaid of the Lord” – Lk. 1:38) who cooperated with the divine plan that she became exalted and honoured as Queen. Put in other words, invoking Our Lady as “Vessel of Honour” implies our affirmation of the truth of the Gospel, which speaks of the honour accorded to her by the Almighty, who, having ‘recognized her humble state’ (Lk. 1:48), realized ‘great things’ (Lk. 1:49) for her by exalting her as Queen. Hence, more than any other human person, Mary deserves to be honoured: “All generations shall call me blessed” (Lk. 1:48). By her exaltation, the Blessed Virgin Mary accomplished what her Son later taught: “the first shall be the last and the last shall be the first” (Mtt. 20:16), which is analogous with “He casts the mighty from their thrones, and raises the lowly” (Lk. 152). Here, the proud hearted and mighty were dethroned, and the lowly servant (handmaid) of the Lord was exalted and enthroned as the “Queen Mother.”

We live in an age where people easily sell their honour. On his observations on the acquisition and maintenance of leadership power, the philosopher Machiavelli taught: “Everyone sees what you appear to be, few experience what you really are.” For him, “a prince need not necessarily have all the good qualities, but he should certainly appear to have them…” This explains why so much is spent on an Election Campaign in order to deceive the citizens. The candidate has to look the way the people want to see him; after the election, the reality is seen: withholding the civil servants’ salary, lack of parliamentary decorum, theft and looting of public funds, organized crimes, etc. What is lacking in our public life is the sense of honour. Men and women of character preserve their honour. Gone are the days when honourable people occupied a prominent place in society. Today, many “thieves” and corrupt men and women are in charge. They call themselves “honourable,” “excellency,” etc., and have it attached to their names, but their way of life is far from the titles they bear, unfortunately.

The Church canonizes and honours some of her members as “saints”. These saints followed a simple spiritual path worthy of emulation for our modern world, which seeks great things. Therefore, we are called to imitate the saints as honourable members of the Body of Christ (cf. Heb. 13:7), and most importantly, the Blessed Virgin Mary, in the virtues they practised in order to be “vessels of honour” as well. Even St. Paul spoke on the need to strive to be “vessels of honour;” advising Timothy, he said: “Not all the dishes in a large house are made of gold and silver; some are made of wood or earthenware: the former are held in honour, the latter held cheap. If someone holds himself aloof from these faults I speak of, he will be a vessel held in honour, dedicated and fit for the Master, ready for any good work.” (2Tim. 2:20-21). Following the Pauline backdrop above, St. John Henry Newman exclaims: “How much more would Mary be, a vessel of honour since she had in her, not only the grace of God but the Son of God himself, formed from her flesh and blood.”

Therefore, invoking the Blessed Virgin Mary as “Vessel of honour,” helps us to remember that she was faithful and humble; and thus, fit for the divine Master. In other words, she responded to God’s grace, and became the honourable Mother of God; therefore, calling us to be honourable parents, children, spouses, youths, leaders, citizens, politicians, civil servants, priests, laity, etc. in our modern world.

Lord our God, fill our hearts with your grace in order that we may become your vessels of honour by imitating the saints in heaven, and above all, the Blessed Virgin Mary, the ideal “Vessel of Honour.”

Oh “Vessel of Honour” (Vas Honorabile), pray for us that we may be made worthy of the promises of Christ. Amen.

Thanks Padre. You are doing more than a good job. Searching and putting different write-up together to pass the message of God through our Lady’s Litany of Loreto. God bless and increase you. Amen