MAY DEVOTION: UNDERSTANDING THE MARIAN TITLES IN THE LITANY OF LORETO – DAY 19: “VIRGIN MOST MERCIFUL” (VIRGO CLEMENS) 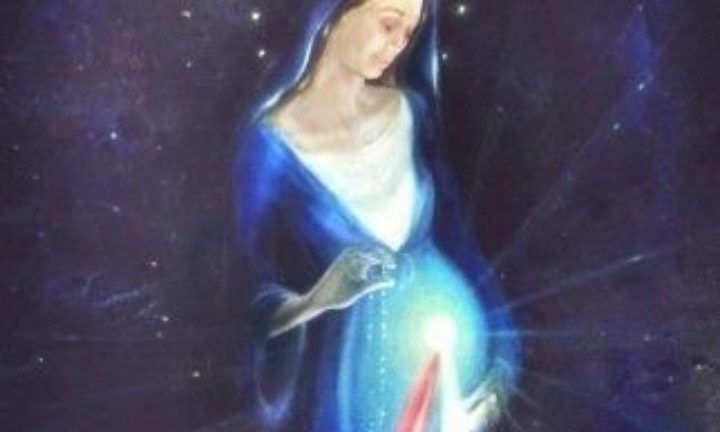 A critical look at the Litany of our Lady of Loreto reveals a list of virtues that serve as models for each of us. Mary continues to be an example of how we must live to become more and more like her Son, our Lord Jesus Christ. In becoming more like Jesus through Mary, one of the fundamental virtues “mercy,” is indispensable; and that brings us to reflect today, the nineteenth day of our devotion, on the title: “Virgin Most Merciful”. In order to understand this better, it is pertinent to glance at the Latin derivative: “Virgo Clemens.” First, the Latin word “Clemens” literarily translates itself as “clement,” in English, which means: gentle, calm, forgiving, lenient, benign, and above all, merciful. It is in this light that we reflect on the title: “Virgin Most Merciful.” What does the invocation: “Virgin Most Merciful” mean?

Taking the “Hail Holy Queen” prayer as our point of departure, and casting our minds back to the event of the fall of man (in Genesis 3), the clemency, better still, the mercifulness of our Blessed Virgin Mary becomes apparent. How could we understand this? First, in the “Hail Holy Queen,” this outstanding virtue of Mary is indicated three times: “Mother of mercy;” “Turn then, most gracious advocate, your eyes of ‘mercy’ towards us;” and, at the end: “O Clement.” This insistence, by itself, illustrates that we are facing a very important attribute of the Mother of God, who is “rich in mercy.”

It all began with the fall of the first man and woman, which led to their chastisement by God and consequent banishment. Before they were banished from the earthly paradise, God’s justice mingled with his mercy by promising humanity a Saviour through a woman (cf. Gen. 3:15). In this woman and her Seed is enshrined the bountiful mercy of God which the pages of the Scriptures reveal to us as “eternal.” Put differently, from His infinite and bountiful mercy, His redemptive plan was revealed through the instrumentality of a woman. And since (according to St. Louis Marie de Montfort) “the Rosary is the summary work of man’s redemption, a means by which God has reinstated man to his original form,” it becomes fitting (at the end of the rosary) to cry to this clement, loving, and sweet woman (Hail Holy Queen) through whom God brought forth his redemptive plan in order to show us her “divine Seed”: “To thee do we cry, poor banished children of Eve. To thee do we send up our sighs, mourning and weeping in this valley of tears. Turn then, most gracious advocate, your eyes of mercy towards us. And after this our exile show unto us the blessed fruit of thy womb, Jesus.” This prayer reaches to the very depth of Our Lady’s vocation (as one who mercifully collaborates with her Son in defeating the works of satan on the cross); as such, she would not refuse to show us mercy which was made incarnate in her womb. As St. Thomas Aquinas says, “when the blessed virgin conceived the eternal word in her womb and brought him forth, she obtained half the kingdom of God: so that she is Queen of mercy as Jesus Christ is the King of justice.”

The Old Testament, when speaking of mercy, does not use the word “heart”, but a “womb.” Our Lord spoke Aramaic during his mission on earth. Thus, the word he himself would have used when speaking about mercy, like many of the writers of the Old Testament, is “raham.” In Biblical Hebrew, “raham” was a verb referring to the action, or state, of being merciful. “Raham” was a denominative verb, or the verb form of a noun: “rechem.” “Rechem” means womb. Hence, when discussing mercy, the Lord brings us to the very “womb of God” which is powerful and profound. Therefore, the merciful is the one who has an interior space (womb) to welcome life and people. God has maternal mercy. We were all generated in his “divine womb”. The Blessed Virgin Mary, on her part, provided a fitting and immaculate womb for the merciful Saviour after listening to the proposal of the angel.  Thus, we could say that mercy itself was made flesh in her immaculate womb. as such, she remains a merciful and benign Virgin. At the wedding at Cana, her mercy led her to speak to her Son. This is synonymous with sensitivity, attention, zeal. In invoking the Clement Virgin, we simply ask her to fill us with a womb that welcomes the virtue of mercy, being attentive to the needs of our brothers and sisters.

When we invoke our Lady as “Virgin Most Merciful,” we recognize her as the aid of the holy souls in Purgatory that they might obtain divine mercy. Our Lady once said to St. Bridget: “I am the Mother of all the souls in Purgatory, for all the pains that they have deserved for their sins are every hour in some way mitigated by my prayers.” And thus, (according to St. Bernard-abbot of Clairvaux ), the Church invokes her as the Queen of Mercy, “because we believe that she opens the abyss of the mercy of God to – whomsoever she wills, when she wills, and as she wills; so that there is no sinner, however great, who is lost if Mary protects him.”

May by invoking the “Virgin Most Merciful,” we entreat her help for miserable and suffering mankind in the valley of tears and implore her grace to be merciful ourselves as our heavenly Father is merciful.

O God of infinite goodness and mercy. You have revealed your divine mercy in the person of your incarnate Word through the Blessed Virgin Mary. Grant that imploring the “Virgin Most Merciful,” we may obtain divine mercy, and after this our exile, she might mercifully show us the blessed fruit of her womb. Amen.

Oh Virgin Most Merciful (Virgo Clemens), pray for us that we may be made worthy of the promises of Christ. Amen.