MAY DEVOTION: UNDERSTANDING THE MARIAN TITLES IN THE LITANY OF LORETO – DAY 13: “MOTHER OF OUR SAVIOUR” 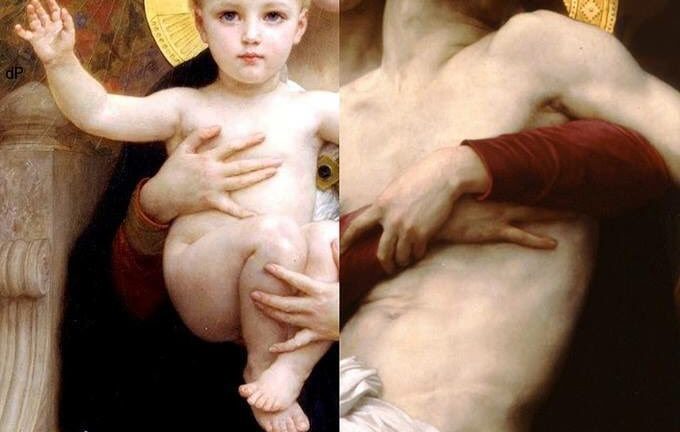 Having reflected on our Blessed Mother as the Mother of our Creator, yesterday; today, the thirteenth day of our devotion, we are called to reflect on another important title: Mother of our Saviour.” At the superficial level, one might just think that it is easier to reflect on the Blessed Virgin Mary as the Mother of our Saviour” because she gave birth to the Saviour; nevertheless, it goes beyond that. The invocation: “Mother of our Saviour” depicts our Lady as having a determining role in the salvation of humanity. Put differently, a great theological depth is needed to demonstrate our Lady as “Co-Redemptrix” and “Mediatrix of all graces”, since ancient times.

To begin with, we must understand what is meant by the expression “New Eve”, commonly used to refer to the Virgin Mary. As Eve was united to the first man in the work of perdition, it follows, then, that Mary too should be united to the Redeemer in the work of Redemption. In fact, already in the second century, this doctrine of Mary, the “New Eve,” was universally accepted, and the Church Fathers who expounded it did not do it as if it were a personal speculation, but as a traditional doctrine in the Church, which is based on the words of Saint Paul, in which he calls Christ the new Adam, opposing him to the first Adam, as the cause of salvation is opposed to that of the fall (cf. 1 Cor. 15:45ff; Rom 5:12ff; 1 Cor. 15, 20-23). The Fathers related these words of St. Paul to the account of the fall, the promise of redemption and victory over the devil (cf. Gen 3:15) and to the account of the Annunciation (Lk. 1:26-28), where they speak of Mary’s consent to the realization of our redemption by the mystery of the Incarnation. It is, therefore, in this light of Mary the New Eve that our Blessed Mother is contemplated as the “Mother of the Saviour.” Put differently, as Eve cooperated morally for the fall, yielding to the devil’s temptation, by an act of disobedience and inducing Adam to sin, Mary, on the contrary, New Eve, cooperated morally in our Redemption, according to the divine plan, believing in the words of the archangel Gabriel and freely consenting to the mystery of the redemptive Incarnation and in all the sufferings that would be deduced from him for his Son and for her.

The Blessed Virgin Mary, certainly, is not the main and effective cause of redemption; but she is really a secondary cause, subordinate to Christ and dispositive of our redemption. So, the Redeemer is one, our Lord Jesus Christ, and the Blessed Virgin Mary cooperates in his redemptive work not as a person who partially helps to pull a cart, but as a tree whose fruit, ultimately, comes from God. Thus, both Jesus and Mary work in the work of redemption.

Invoking our Blessed Mother as the Mother of the Saviour is a way of contemplating her acceptance to be Mother of the Saviour, of which she also became the Mother of us all. She became our Mother by freely consenting to be the Mother of the Saviour, the author of grace. Thus, we can say that she also conceived us spiritually, in such a way that she would have been our adoptive Mother. When Jesus later consummated his redemptive work by sacrificing the Cross, Mary, in joining with this sacrifice, by an act of faith, trust and love for God and the souls of men, has become, in a more perfect way, our Mother, through a more direct, more intimate and deeper cooperation in our salvation. At the foot of the Cross, Mary gave herself together with her Son, keeping company with the “New Adam” and being able to rightly be called “New Eve” and Co-Redemptrix.

Therefore, my dear friends in Christ, the “Mother of the Saviour”, as Co-Redemptrix can do two things: offer prayers and supplications (intercession) and, at the same time, distribute graces to us (Mediatrix of graces). Thus, as completely configured to Jesus, it is impossible for Him not to answer her prayers. Let us, therefore, ask this merciful Mother – “Mother of the Saviour” to continually help us to love her more and more, so that we too may become more and more like her divine Son.

Oh Mother of our Saviour, pray for us that we may be made worthy of the promises of Christ. Amen.