IS JESUS CHRIST REALLY ANGEL MICHAEL AS PUT FORWARD BY THE JEHOVAH’S WITNESS? 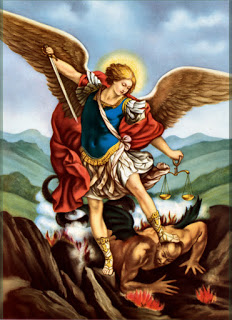 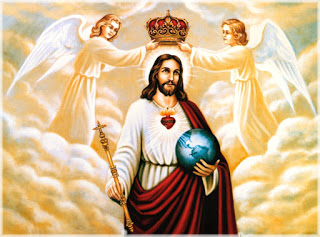 INBOX QUESTION:
“Bro. Justin, good morning. A Friend of mine (a Jehovah’s Witness) and I had a
lot of argument about Jesus Christ and Archangel Michael. Very important
Biblical question for a proper research and a concrete answer in faith. The
question is, Archangel Michael being identified in the Bible, is he the same
person as our Lord Jesus Christ? Give good reasons for your answers and make
clear facts from the Scripture. (If you post this in our Catholic Doctrine
Facebook Group Page to get other Members’ views, that will be good).
Cheers.”
RESPONSE:
First of all, experience has shown me in my dealings with the Jehovah’s
Witnesses that, in the great majority of cases, logical, rational arguments
have absolutely no effect on members of the Jehovah’s Witness group. They are
thoroughly trained and brainwashed into a particular way of thinking, to such
an extent that no matter how obvious and biblical an argument you use, they are
impervious to the truth. So, please be prepared for this effort to be of use
only to yourself and not to your Jehovah Witness friends.
Having
given that somewhat discouraging introduction let me deal with your question.
Prima facie, I want you to understand that the Jehovah’s Witnesses are a group
of non-Trinitarian sect; put differently, they are not Christians in the first
place. Hence, they deny the Trinity which is the central belief of Christianity
that there is one God who exists as three co-equal and co-eternal persons, The
Father, The Son, and The Holy Spirit. This is clearly seen in the Scriptures
and our Creed even affirms it.
Unfortunately,
for the Jehovah’s Witness, Jesus is identified as Michael the archangel. Put
differently, angel Michael became Jesus at the incarnation who later became
Michael again after going into heaven, and that he would return as archangel
Michael. This erroneous teaching is found in their “Aid to Bible Understanding,
Watchtower Bible & Tract Society, 1971, 1152”. They arrive at this
erroneous belief primarily through a misinterpretation of (1) Daniel 10:13, 21,
where reference is made to a “great prince,” Michael; and (2) First
Thessalonians 4:16, where the Lord Jesus is described as descending from heaven
at the sound of the archangel’s voice. The Jehovah’s Witness’ own New World
Translation of the Bible reads, ” . . . the Lord himself will descend from
heaven with a commanding call, with an archangel’s voice.” For them, since
the bible says the Lord Jesus descends from heaven “with an archangel’s
voice,” they understand this passage as “suggesting that he is, in
fact, himself the archangel.
Now, what
is wrong with this view of the Jehovah’s witnesses?
Now what
happens if you show these bible passages to the Jehovah’s Witnesses? If this
happens, they would not be moved, rather they would show you their own biblical
misinterpretation of the verses cited above.

I believe this article answers the question…

(READ ALSO, THE USE OF INCENSE AT THE LITUGICAL ACTIVITIES OF THE CHURCH)