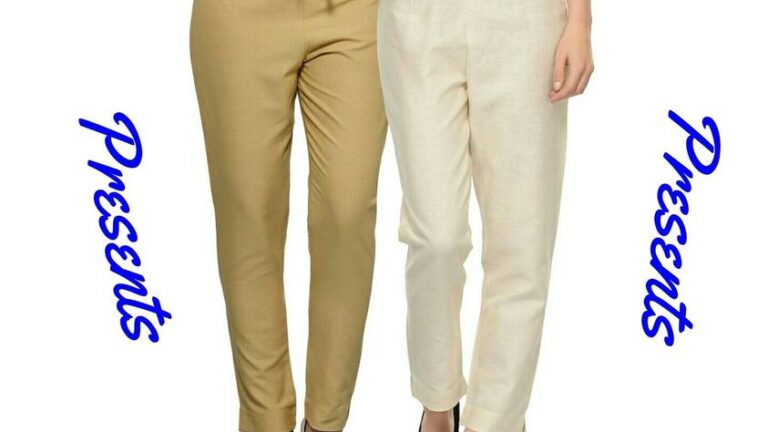 Over the past months, I’d been receiving questions relating to the topic above from concerned ladies, inquiring to know the morality of the act of putting on trousers/pants; to these, I proffered the possible solution by explaining the issue clearly which goes beyond the dress itself. Just last week, another lady said to me: “Reverend, see, some street-bible-preachers came to my house and preached to me; at the end, they said that I would go to hell for putting on jeans, that it is only meant for men; they quoted Deuteronomy 22:5 – ‘A woman must not wear men’s clothing, nor a man wear women’s clothing, for the Lord your God detests anyone who does this’. Imagine, is it wrong to wear jeans in my own house? Please, what do you think about this issue? What is the position of the Catholic Church?” Before many people get misled in the name of religion by some seeming “pastors” or “men of God” etc., I have decided to write a post in order to respond formally to the issue at hand. I shall begin by clarifying the concepts, the position of the Catholic Church, the Biblical interpretation, and the cultural perspective.

To begin with, the words “pants” and “trousers” are often used interchangeably; trousers generally refer to tailored garments with a fitted waistline, pockets, and a zipper. Pants, although often used to refer to “undergarments” (British English), is also a broader term and can refer to trousers, bloomers, knickerbockers, breeches, slacks, jeans, shorts, etc. (American English). Therefore, in this post, I shall make use of the words trouser and pants interchangeably to mean the same thing.

It is pertinent to note that the Roman Catholic Church does NOT have an official dress code for her members; however, She stresses that modesty (and common sense) be used regarding clothing. From the Catechism of the Catholic Church, we know that “Purity requires modesty, an integral part of temperance” and “it guides how one looks at others and behaves toward them in conformity with the dignity of persons and their solidarity” (CCC, 2521). Juxtaposing the foregoing with the next paragraph, we see that “Modesty is decency. It inspires one’s choice of clothing” (CCC, 2522). Having said this, let us consider the biblical passage often cited in this regard: “A woman must not dress like a man, nor a man like a woman; anyone who does this is detestable to Yahweh your God.” (Deuteronomy 22:5 – Catholic Online Bible). In another biblical version, we read: “A woman shall not wear anything that pertains to a man, nor shall a man put on a woman’s garment; for whoever does these things is an abomination to the LORD your God. (Deuteronomy 22:5 – Revised Standard Version {RSV}).

When we look at the context of this passage, we would discover that it had to do with the second giving of the Law to the people of Israel as they were poised to enter the Promised Land – the land of Canaan. Now it happens that the Canaanites who inhabited the land were practicing transvestitism (that is, of a person, who derives pleasure from dressing in clothes appropriate to the opposite sex); as such, the Lord God considered it an abomination for the Israelites as they proceeded into the promised land. Thus, Deuteronomy 22:5 is a warning not to live as a transvestite (living like the opposite sex). On a broader perspective, Deuteronomy 22:5 has to do with more than just clothing; it also speaks of a life that emulates in every way those of the opposite sex. We must also understand that in those days, the dress of men and women, however similar (tunic, robe, and cloak), differed in cut and styling; hence, the need for a distinction between men and women’s dress; although, the style of clothing is not specified. NEITHER MEN NOR WOMEN WORE TROUSERS.

Another Scriptural text to consider is the Pauline passage. Paul addresses the modesty of women in his first letter to Timothy. “I also want women to dress modestly, with decency and propriety, not with braided hair or gold or pearls or expensive clothes, but with good deeds, appropriate for women who profess to worship God” (1 Timothy 2:9-10). The Greek word translated as “modest” is “kosmios”, which occurs twice in the New Testament, once as “modest” in this passage and once as “of good behaviour” in 1 Timothy 3:2. It came to mean “well-arranged”, etc. As a follow-up, the Greek word “sophrosune”, translated here as “moderation,” means that in selecting an outfit, a person is of sound mind, uses self-control and good judgment, and is “well-arranged” (moderate). What is being asked of Christians is dressing or behaving to avoid impropriety or indecency, especially to avoid attracting sexual attention. ONCE AGAIN, THERE IS NO MENTION OF PANTS VERSUS SKIRTS.

Sequel to the preceding, it might interest us to know that the word clothes in Greek means “katastole”. The meaning of the word was “to send or to let down or lower.” It was primarily a garment that was let down and in that day referred to a “stole” or a loose outer garment worn by kings and persons of rank. Since we know that Paul was not speaking to people of rank, the context here is simply modest attire, and it does not specify what that entails. Paul addressed this issue here because the women in the church were trying to outdo each other in how they dressed; i.e. the flashier, the better (which is still common in most churches today – “cold competition”). They were losing sight of the things that should adorn a godly woman—humility, sobriety, godliness, and good works. The phrase “dress modestly” is not used here in the context of specific garments, but rather to be clad in a modest covering. THEREFORE, THIS SHOULD NOT BE USED TO PROVE A PROHIBITION AGAINST WOMEN WEARING TROUSERS. Also, in union with the Apostolic teachings on modesty at that time, Peter adds up: “Your beauty should not come from outward adornments, such as elaborate hairstyles and the wearing of gold jewelry or fine clothes. Rather, it should be that of your inner self, the unfading beauty of a gentle and quiet spirit, which is of great worth in God’s sight”. (1 Peter 3:3-4).

From what I have said so far, one might wonder, why then do some Churches forbid women from putting on trousers/jeans? To this question, the issue of culture comes into play. For example, here in Latin America, as well as other countries in North America; trousers, jeans, etc. form part of the regular dressing of ladies, and this is clearly seen in Churches, among female ministers, etc., and it is very clear that the jeans/pants used by women are clearly different from that used by men in styles, shape, etc. This reflects their cultural matrices. Funny enough, in some cultures, men do wear skirts, such as the kilt in Scotland, the lungi in India, the kikepa in Hawaii, the sulu in Fiji, and many more. Whether men in a particular society wear skirts or not, has to do with culture and climate, not with any physical or objective moral reason because they know that this is the best form of clothing to wear. This is a clear indication that a given culture defines the clothes that are pertaining to either men or women, and consequently refuses or accepts any kind of dress.

Coming down to our respective African cultures, we see that Tradition generally frowns at wearing of trousers by women. Although it cannot be denied that the wind of “acculturation” in these modern times has swept across many cultures (acculturation is the process of adopting the cultural traits or social patterns of another culture/group), as a result, many ladies today in some parts of Africa are seen with trousers/jeans – which is okay. However, if some Churches maintain that women should not put on trousers in their places of worship, then, such prohibition should be obeyed and understood in the light of the cultural tradition. This does not mean that a lady/woman who decides to put on jeans/trousers outside the spheres of religion/Church is committing a sin or would go to hell (as the preachers wrongly admonished in the question above). This shallow idea only results from a misinterpretation of the Scripture by uninformed minds; thereby misguiding others and making them feel guilty. If as a “born-again” Christian (female), I resolve to put on skirts always, it doesn’t mean that my friend who puts on trousers/jeans is a sinner. When I put on this attitude, I would not be different from the “Pharisees” of the time of Jesus.

Now, what is sinful with regards to clothing? Here comes the issue of intention. Hence, it is an abomination and ungodly for women to dress in a way (be it trousers, skirts, gowns, etc.) that would sexually provoke the attention of the people around them; this also applies to men – that is exactly what the Bible condemns (indecent dressing)