HOMILY/REFLECTION ON THE SOLEMNITY OF THE NATIVITY OF ST. JOHN THE BAPTIST 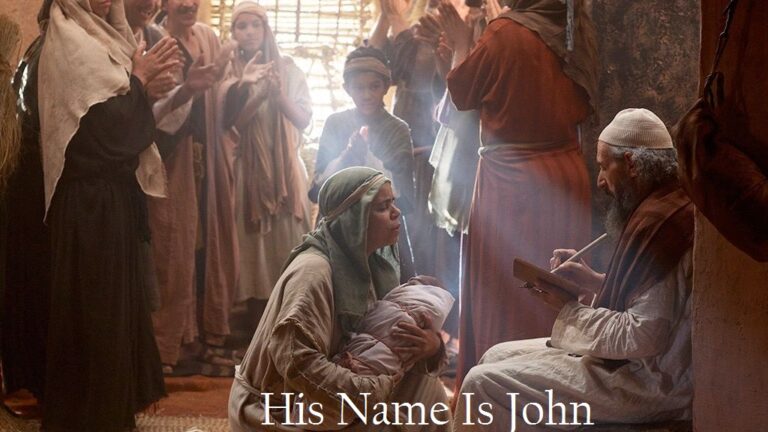 According to our Catholic Tradition, we celebrate the feast days (i.e., the date of death) of the all the saints, and not their birthdays; however, only the birthdays of three persons are celebrated liturgically – Our Lord Jesus Christ at Christmas (December 25), John the Baptist (June 24), and the Blessed Virgin Mary (September 8), largely because of their significance in our salvation history. Today’s celebration of the Solemnity of the birth (nativity) of St. John the Baptist sheds a light on this significance, viz: John the Baptist was known as the forerunner of Christ. He was the last of the Old Testament prophets and experienced “martyrdom” while witnessing for the Truth. Many of us know the circumstances surrounding his birth – born of aged parents (miraculously); he lept for Joy in his mother’s womb immediately he heard the greetings of the Mother of God – the Virgin Mary (cf. Lk 1:39-45); Of John the Baptist, Christ said: of all men born of women, none is greater than John the Baptist (cf. Mt. 11:11; Lk 7:28). The birth of John the Baptist was a blessing to his parents and humanity. First, on the part of his mother, Elizabeth, who was publicly regarded as a barren woman, and by implication, under a curse. But with the birth of John the Baptist, it became pertinent for everyone to know that as old as she was, she was no longer cursed, but a woman blessed and miraculously favoured by God who can do all things. Also, the birth of John the Baptist was a reward from God to Zechariah as well, as the angel told him: “He will be your joy and delight” (Lk. 1:14). It was also for Zechariah, the fulfilment of the divine promise, especially when he recovered his speech to confirm the name of the boy: “His name is John,” as we read in today’s gospel reading. Likewise, the birth of John the Baptist brought joy and conversion to humanity as foretold through the lips of the angel: “many will rejoice at his birth, for he will be great in the sight of the Lord; he must drink no wine, no strong drink; even from his mother’s womb he will be filled with the Holy Spirit, and he will bring back many of the Israelites to the Lord their God. With the spirit and power of Elijah, he will go before him to reconcile fathers to their children and the disobedient to the good sense of the upright, preparing for the Lord a people fit for him” (Lk. 1:14-17). Therefore, his birth was indeed very significant, for it contributed to our salvation history. For this reason, the Church in her wisdom and guided by the Holy Spirit celebrates his birth on June 24, just six months before the birth of our Saviour, Jesus Christ.

In the First Reading, we hear from the Prophet Isaiah: “The Lord called me before I was born, from my mother’s womb he pronounced my name […] I was honoured in the eyes of the Lord, my God was my strength. And now the Lord has spoken, he who formed me in the womb to be his servant, to bring Jacob back to him, to gather Israel to him: ‘It is not enough for you to be my servant, to restore the tribes of Jacob and bring back the survivors of Israel; I will make you the light of the nations so that my salvation may reach to the ends of the earth.’” This prophecy can be said to allegorically mirror the call and mission of John the Baptist before he was formed in his mother’s womb; and as stated earlier, ‘he will bring back many of the Israelites to the Lord their God. With the spirit and power of Elijah, he will go before him to reconcile fathers to their children and the disobedient to the good sense of the upright, preparing for the Lord a people fit for him.’

That an explicit reference was made to St. John the Baptist in the second reading shows the importance and significance of John the Baptist in the early Christian community, regarding his life of humility and service to Christ. In the words of Paul: “Before John ended his career he said, ‘I am not the one you imagine me to be; that one is coming after me and I am not fit to undo his sandal.’”

The gospel reading illustrates the birth and naming ceremony of the child. Here, God’s graciousness was revealed to the world through the name given to the child, “John” (God is gracious). While Zachariah, his father regained the gift of speech as he named his child, all those who heard of it treasured it in their hearts. ‘What will this child turn out to be?’ They wondered. And indeed, the hand of the Lord was with him. This ‘wonder’ of the being of John the Baptist can be said to be a reflection of the Psalmist’s expression in today’s reading: “I thank you for the wonder of my being, for the wonders of all your creation.”

Dearest friends in Christ, in a postmodern society where it seems that the light of Christ is dimmed; we are called to contemplate upon the person of John the Baptist who prepared the way for the Lord and bore witness to that one true Light – our Lord Jesus Christ (cf. Jn. 1:6-8). We are all invited to reflect and bear witness to that Light of Christ in bringing about true conversion to the world and a radical possession of the Kingdom of heaven: “From the days of John the Baptist until now the kingdom of heaven has suffered violence, and the violent take it by force.” (Matthew 11:12). Thus, since John the Baptist was the first who preached repentance; therefore, rightly from that day forward it may be said, that the kingdom of heaven suffers violence, and the violent take it by force. Here, we talk about the availability of the Kingdom of heaven for all, but the onus lies in the hands of each person to radically take it, seize it, lay hold of it (that is the violence)! It is the inheritance of every single person. Ultimately it is up to you, and if you truly want it, then God will help you acquire it. For great is the violence, when we who are born of this world, seek a place in heaven and obtain by righteousness what we have not by nature.

Wonderful Write-up. Only the violent one will take it by force.
Amen.

Hmmm, this is really deep… “For great is the violence, when we who are born of this world, seek a place in heaven and obtain by righteousness what we have not by nature” May we find strength in God’s words and focus on Christ the Way to heaven, amen