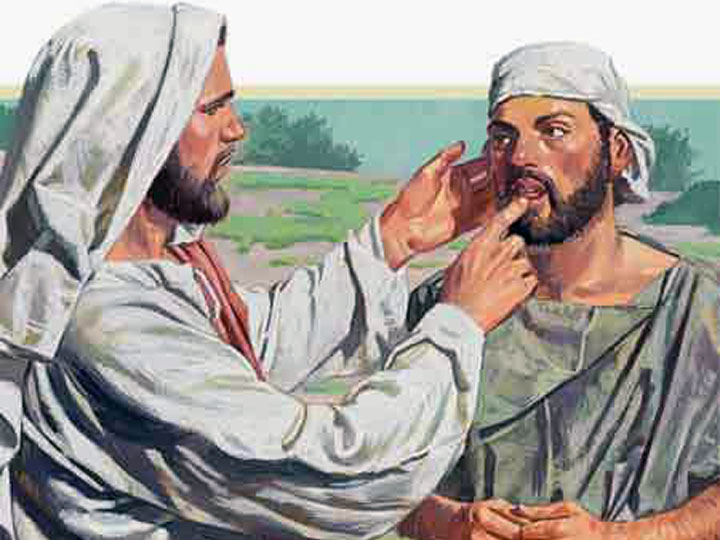 In the Prophetic Tradition of the Old Testament, deafness and blindness are figures of resistance to the message of God.

It could be said that man became resistant (deaf) to the message of God at the garden of Eden by disobeying God’s commands (as seen in the First reading Gn 3:1-8). Jesus, in today’s Gospel (Mk 7:31-37), heals a deaf man through a ritual performance by putting his fingers into the man’s ears and touching his tongue with spittle, and consequently, pronouncing “Ephphatha”, which means “be opened”. In this way, the man becomes a new creature. This later forms part of the baptismal ritual.

Dearest friends, at baptism, “our sins were remitted, our offence, forgiven” (see Resp. Psalm 31(32) 1-2,5-7), and our ears and tongues were opened (ephphatha), thus we became anew. We are called today to cooperate with the baptismal grace (ephphatha) we received, in order that we might be attentive to God’s Word and proclaim it to the glory of God the Father.